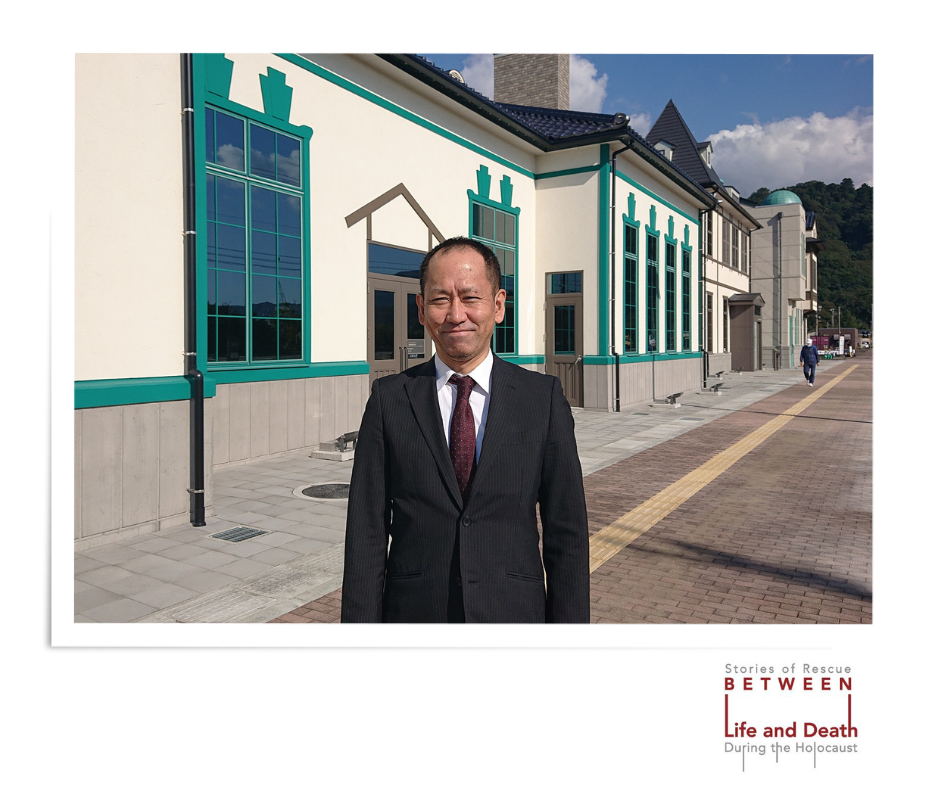 An interview with Mr Akinori Nishikawa, the Director of the Port of Humanity Tsuruga Museum, in Japan

Port of Humanity Tsuruga Museum is a place dedicated to two special moments in the history of Japanese-European relations: on those two occasions Japan received refugees from Europe. Once, in the 1920s, when over 700 Polish children from Siberia found temporary shelter here before being relocated to Poland, and for the second time in the 1940s, when Japan received thousands of Jewish refugees holding transit visas. Many of those who came with the second wave of émigrés were holders of the so called “visas for life” issued by the Japanese consul in Lithuania Chiune Sugihara. Mr Sugihara is one of the protagonists of the exhibition “Between Life and Death. Stories of Rescue During the Holocaust”, currently on display at the museum in Tsuruga.

In a short interview, Mr Nishikawa, the Director of the Port of Humanity Tsuruga Museum, tells us more about the museum’s history and the reception of our exhibition among the Japanese public.

Mr Nikishawa, could you tell us more about how the Jewish refugees were received in Japan? Did their arrival raise any discussions at the local or national level?

The Jewish refugees from Europe arrived at the port of Vladivostok by train and then they took a boat across the Sea of Japan to land at Tsuruga Port. There must have been some political dispute over whether to accept them in Japan at that time, but many people in Tsuruga were friendly to them.

What are the exhibits connected to these events?

Our museum shows some heartwarming episodes from the time the refugees arrived at Tsuruga and from their sojourn in Kobe, where most of them headed afterwards. You can learn how the residents of Tsuruga extended a warm welcome to the mentally and physically exhausted Jews through various eyewitness accounts. The testimonies were gathered through in-depth research conducted by a local historical association in Tsuruga. In the light of this, our predecessor named this port “the Port of Humanity.”

Port of Humanity in Tsuruga opened in 2008. Already in 2015 the number of visitors was so big that a proposal was put forward to relocate and expand the exhibition. What do you think is the reason for such a big success of Port of Humanity? Who comes to visit the museum and how is it perceived in Japan?

I think the primary reason for that was the screening of the film “Persona Non Grata” in 2015, which featured the story of Mr. Chiune Sugihara. The launch of the neighboring touristic facilities featuring a gigantic diorama and some superb restaurants also played a very important role. Also visits by prominent figures such as the visa-recipients and their families, who regard them as their pilgrimage, have raised awareness and attracted calls from around the world.

What is the connection between „Between Life and Death” and the permanent exhibition in Tsuruga?

As I mentioned before, the exhibition on Jewish refugees at our museum features how the local people acted towards people in need. Similarly, both exhibitions present their stories using oral history. In addition to that, the description about Ms Nina Admoni, who I personally know well since I visited her in Tel Aviv about four years ago, triggered by her grandson’s visit to Tsuruga in 2016, seems to be more than a coincidence.

How is the Holocaust perceived by a Japanese audience? Is it seen as mainly a European issue or as a matter of universal concern?

It depends, but of course many people in Japan have heard about the Holocaust. Today, more and more youngsters are very enthusiastic to learn from the history of the Holocaust, including a group of local high school students from Tsuruga. Their objective definitely is to build a better society in this epidemically suffering world.

Japan is “Between Life and Death's” first destination outside Europe. Are there, from your point of view, any passages that are culturally illegible or confusing for the Japanese visitors?

I don’t think there are any illegible or confusing passages for Japanese, as long as they have a fundamental knowledge of the Holocaust.

It really was an honor for us to host this wonderful exhibition. I hope it will enjoy a good reputation at the next destination somewhere in the world.