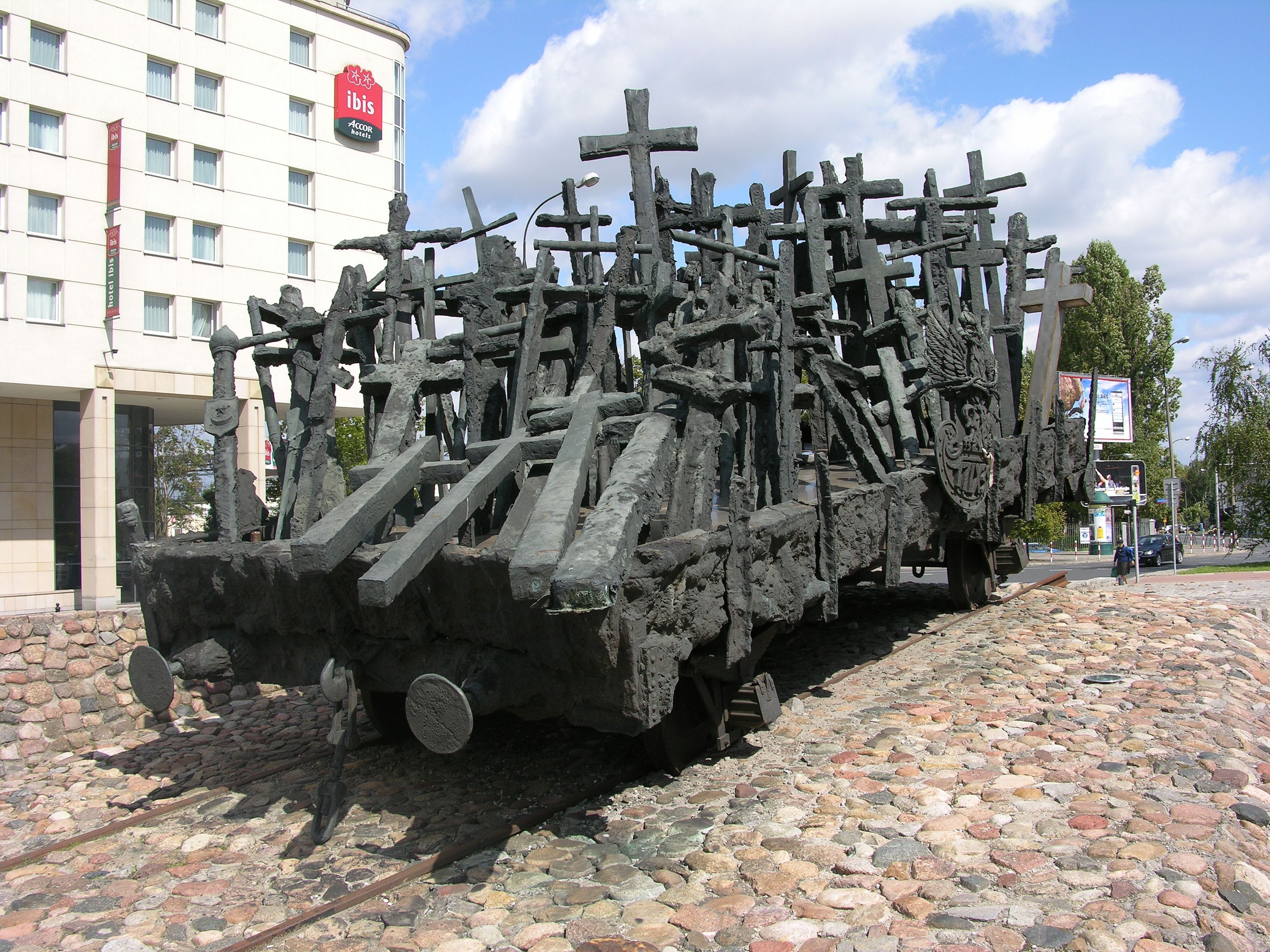 In recent years there have been numerous fierce discussions about the future historical and cultural memory of the newly expanded Europe – usually used as shorthand for the expanded European Union. The most controversially discussed areas were those pertaining to the history of formerly communist-ruled countries and members of the Warsaw Pact. Conflicts about memories and memorialisation were primarily ignited by the differing national perceptions of historical events and the evaluation of these events in the 20th century. The discussions focused on those states in which the assessment and treatment of national-socialist and communist crimes did not accord with the expectations and standards which had developed over the previous decades in Western Europe, particularly in the Federal Republic of Germany.

And, finally, there was also the question of aesthetics, of the adapted forms and quantitative dimensions utilized, as these determined the importance of a monument or memorial, based on its height, size or extent as measured by the square meters covered by the facility, and from which, again based on their sheer size, inferences were made regarding its importance compared to monuments commemorating other events, which were often perceived as vying with them in importance.

These discussions currently focus on the memorial cultures which have begun to develop in the formerly Soviet-dominated post-socialist nations of Central and Eastern Europe – nations which, during the course of the 20th century, were the site of crimes committed by those two big totalitarian systems: national-socialism and communism. Many Central and Eastern European states suffered repeated occupations, and today this informs the respective memorial cultures which have developed in these countries since 1991, with differing regional and national emphases. The developments in the Russian Federation occupy a special position, as the blame for all of the crimes committed in the East Bloc has been laid at their door. But this perception ignores the fact that Russians were similarly victims of Stalinist repression as were the populations of those countries later occupied by the Soviet Union. And the authoritarian regimes of the interwar period, which persecuted persons or groups for political, religious and/or ethnic reasons, recede from view behind these memories.

Taken together with the repudiation of the post-war period under Soviet domination, this memorialisation of events serves to promote the identity of nation-states and is accompanied by a comprehensive externalisation of moral guilt and responsibility – both of which are usually laid at Moscow’s door – and is used to construct a national identity of victimisation or resistance.

This is accompanied by a visible appropriation of public space including

- the renaming of streets, public facilities and institutions (including even such mundane establishments as cafés and restaurants),

- the destruction/reshaping of monuments and state symbols classed as extraneous to the nation, which are neutralised or nationalised, thereby simultaneously erasing the traces of the totalitarian past,

- and the reactivation of national and religious symbols with positive connotations due to their concealment or suppression in the public space during communist rule.

In addition to their commemorative and memorial role, the newly created monuments and places of remembrance also have the task of providing or eliciting information. Thus, rediscovered sites of massacres and mass graves are marked, and clues to identify the victims are shown, with the newly erected information panels used to display pictures of personal belongings found in mass graves, such as cigarette cases, glasses or fountain pens with initials. The population is asked for help in identifying the dead. The names of identified victims are published in obituaries and lists of names are amended to visibly show the extent of the persecutions suffered and the crimes committed.

While in the former socialist states monuments, museums, memorial sites and commemorative rituals recalled the crimes committed by German occupying forces during the Second World War and commemorated the fight against national-socialism – even if such commemorations tended to be selective – the crimes committed by the Soviet Union or by the various national communist rulers were not spoken of. Since 1991 they are being remembered in an attempt to make amends for their previous concealment.

Over the past few years, a diverse physical landscape of remembrance has been created in the shape of monuments, museums and memorial sites in the former communist states of Central and Eastern Europe. Investigations by the Federal Foundation for the Reappraisal of the SED Dictatorship, carried out as part of the documentation project “Memorial Sites of the Communist Dictatorship” (Erinnerungsorte an die kommunistischen Diktaturen), have resulted in the listing of more than 3500 monuments, memorial sites and museums. This includes approximately 400 monuments in the Russian Federation, created in memory of the Great Terror of 1937/38, and some 300 monuments erected in the Ukraine for the victims of the great famine – the Holodomor – in 1932/33. More than 150 monuments and memorials commemorate the suppression of the Hungarian revolution in 1956. The majority of these memorials mostly refer to specific national or regional events or specific crimes, and commemorate actions, persons or groups, who symbolise the national resistance against communist rule and stand for national self-assertion. They are associated with a positive narrative of remembrance which, particularly in the Baltic States or in Ukraine[1], focuses on the anti-communist struggle and positions its protagonists as members of the resistance and victims of communism. To what extent this resistance was also coupled with the espousal and defence of democratic values is of secondary importance.

Not all monuments remembering the crimes committed under communist rule and commemorating the victims were created after the downfall of communist regimes. In 1981, for example, a monument was erected in Poznań commemorating the uprising of 1956. Numerous monuments and memorials were created in the “free world” to remember communist crimes and their victims. These include monuments set up in Western Europe, Canada or the US to commemorate the Hungarian revolution of 1956 or the massacre of Katyn.

Monuments and museums which deal critically with the past or commemorate past victims are not the only type of monument to be created after 1989/90 in formerly communist ruled states. A number of museums, memorials and mementos have been set up which offer a positive interpretation of the communist past. These include the erection of new statues of Stalin or museums dedicated to Stalin, as has been done in several former Soviet republics, for example in Tbilisi, and museums celebrating the state security services such as those in Dnipropetrovsk or in Marij El.

However, this varied physical manifestation of a culture of memory created over the past few years in the shape of thousands of memorials and museums, mementos, monuments, cenotaphs, religious buildings and museum parks does not permit any inferences to be made about the actual status of communist crimes in the collective memory or which importance the majority of the population accords such symbols in the public space. Private or local initiatives and victims’ association were often behind the creation of these memorials and the memorials were erected despite the indifference of the local population or even in the teeth of active opposition on the part of a majority of the population or the public authorities. To believe in the existence of a homogeneous national memory, based on these numerous newly created monuments and memorials, would be to reject the many different memories and perceptions which often coexist alongside each other. Thus, several hundreds of monuments currently exist in Ukraine commemorating the great famine of 1932/33. But to conclude, based on the number of these monuments and memorials remembering the Holodomor and its victims, that they are already part of the canon of cultural memory of the new Ukraine would be wide of the mark.

An eloquent example of this are the hundreds of monuments and memorials for the victims of Stalinist repression and the GULag erected in the Russian Federation. In many places the local population is completely unaware of the existence of these monuments, let alone that these memorials form part of any living culture of memory.

translated from German by Helen Schoop

[1] Other examples from Romania, Hungary and Croatia and other countries could be additionally cited.