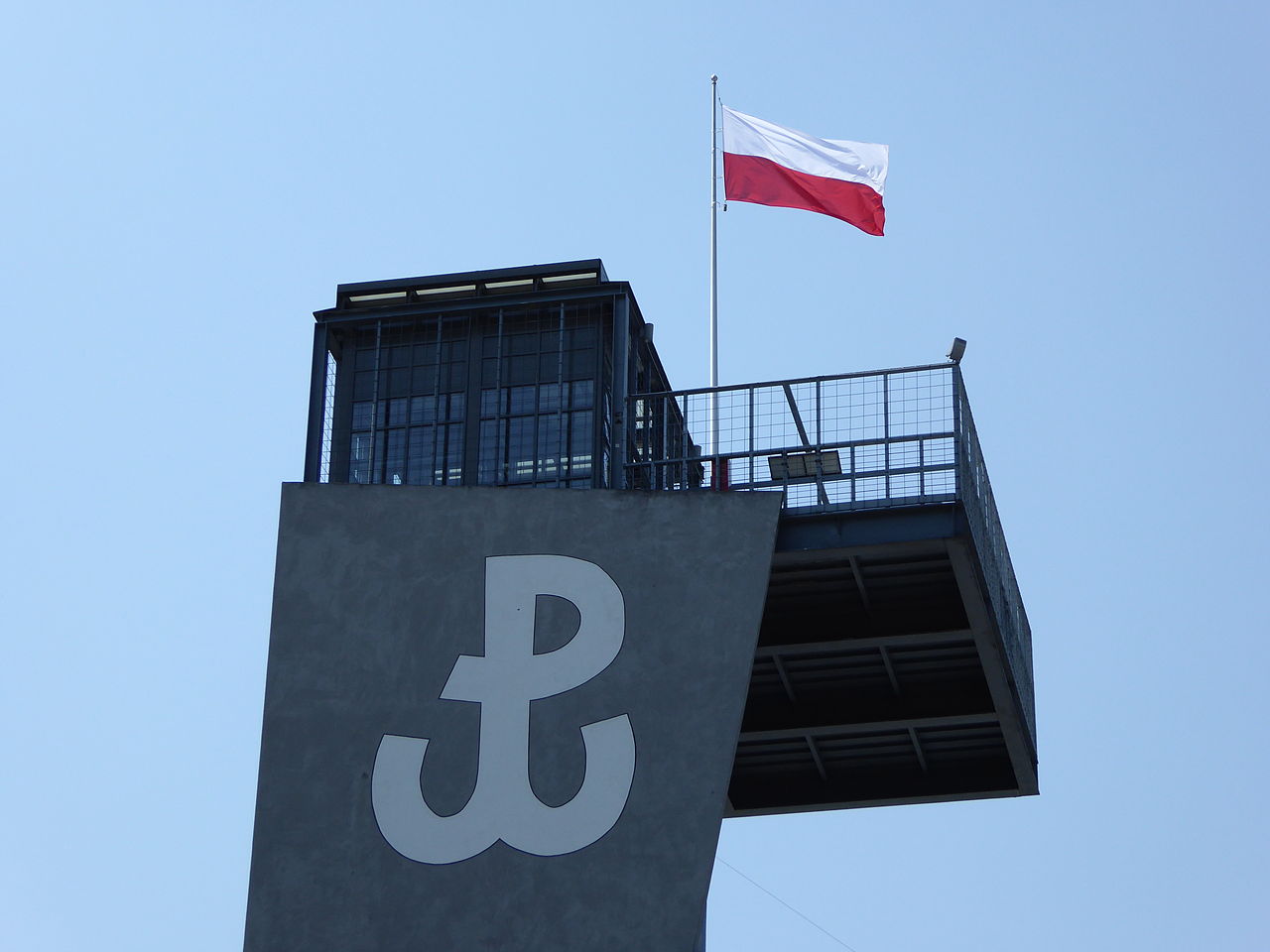 Warsaw Uprising in the Consciousness of Poles. Warsaw Rising Museum as a Place of Remembrance.

The Warsaw Uprising is one of the events key to understanding the history of Warsaw, Poland, Central Europe and World War II. Firstly it shows the identity of a city wiped off the face of the Earth, secondly it explains the enslavement of Poland and Central Europe after the war and thirdly it is the last example of real German-Soviet cooperation in the desire to destroy the Polish capital.

The Uprising shows that the war was not a simple fight of good against evil (as it often perceived in Western Europe) but that in fact three sides, each with different goals, were involved – two totalitarian systems and the world of Western democracies. During the war the alliances changed – the West allied itself with one of the totalitarianisms to beat the other while Central Europe paid the price of the alliance.

Warsaw uprising never entered the world remembrance canon. It became so because it had been in nobody's interest – neither the communist Polish authorities', nor the Kremlin's and not even the Western Allies'. The memory about the Uprising had been ardently falsified – the intensity and nature of the lies varied but the authorities could not agree to tell the full truth as that would completely delegitimize their government. After allowing the complete truth of the Uprising to be known there would be no avoiding talks about the legal Polish state which had been functioning for over two years on a small piece of land in Poland, about the authorities which were working very efficiently considering the extreme conditions and finally about the plan of post-war Poland's political system, which had been prepared and the gist of which had been published in “Journals of Laws”. Because of that, after the period of the worst and most primitive Stalinist propaganda, and along with the “thaw” of 1956 it became possible to praise the “Uprising's heroes” but not its leaders and the whole Armia Krajowa (Home Army). The state-forming side of the work of Polish Underground State, legalism of the authorities, the forming of civil society and international situation were all completely ignored.

In 1989 Fukuyama announced “the end of history” and predicted that with the fall of Communism the period of great ideological conflicts was over and the whole world was headed towards liberal democracy. In Poland of the 1990s this “end of history” took the form of a slogan “let's build the future and leave the past to the historians” and of pushing the matters concerning collective memory outside the mainstream of public debate. The result was a paradoxical situation in which complete freedom of historical research and the presenting the results were possible, however the effects of this work were not reaching a wider audience.

In the beginning of the current century a return to history and matters of identity had been visible in public debate around the world. The terrorist attacks of Semtember 11, 2001 were the symbolic breakthrough moment. In Europe historical politics was also re-evaluated as evidenced by Germany and Russia (especially their attitude to the memory about World War II). In this period changes began also in Poland where people more often realised that was is impossible to build a conscious modern society without the unity of remembrance and that the “cold” plan of a community based only on economic ties was not functioning well.

In such an atmosphere of change the decision to build the Warsaw Rising Museum was made. The history of the project in itself is an extremely interesting contribution the history of post-war Poland and shows the attitude of successive governments to collective memory. The idea of the commemoration appeared already in the 1940s, then was revived in the times of the first Solidarity and finally during the years of Polish Third Republic was constantly returning as a valid topic, however one of little importance and that could not be realised. Only in 2003 the then president of Warsaw, Lech Kaczyński, made the decision about the location of the museum, put Jan Ołdakowski in charge of the building and selected the opening date – the 60th anniversary of the outbreak of the Uprising.

A few basic guidelines were followed during the planning of the exhibition. Firstly, it was to be a narrative museum, fluently telling a story. All the means of expression – photographs, films, text information, multimedia, set design installations and objects were therefore subordinated to the narration, the multifaceted story about the Warsaw Uprising. Secondly, the exhibition should engage the viewer in the story it tells and use all the means to recreate the atmosphere of the days of the Uprising. And thirdly, nobody should be left indifferent and all should be made to rethink the story they watched individually. In that sense Warsaw Rising Museum is interactive, not because it uses modern multimedia but because it engages the viewer in interaction with history.

It was important to decide who should be the main audience of the exhibition. It seemed natural to turn to a young person, one that has to be convinced that history can be interesting and is not just a collection of dates and facts and that people who fought in the Uprising were the same as her/him. The second group that had to be catered for, especially in the context of limited knowledge of Polish history, were foreigners. The third important target group, having different requirements than the other two, are veterans who took part in the Uprising.

After defining the main target groups it had to be figured out how to reach them. It had been settled that to reach the target it is necessary to “speak his language”. With the young visitors in mind new technologies are widely used and there are many different stimuli – sound, visuals and multimedia. To reach the foreigners practically all text in the exhibitions is given in two languages – Polish and English. The veterans are treated differently, however – they are not guests of the Museum but its co-hosts and are also responsible for the magic of the place.

To achieve the intended goads the atmosphere of the place was also created during the year of work on the Museum. It was very important to convince the citizens of Warsaw that a place important for the identity of the city is being built before their eyes, an important spot on the map of the capital. To achieve this close cooperation with the media had been started and they were given appropriate amount of information about all the decisions regarding the design and the building of the Museum. At the same time numerous social events, such as collecting of Uprising souvenirs, were organised to make people involved in the project even more active. All these actions caused that the opening of the Museum became a very anticipated event.

The intended goals were achieved – the Museum was visited by over half a million visitors in 2007, the veterans feel they are the co-hosts and over 60% of the visitors are 30 years of age or younger. It is also visible in the people's reactions that practically no one leaves the Museum indifferent. The Museum also became a “must see” spot for foreign tourists, many of whom visit the exhibition. Official national delegations, including crowned heads, presidents and prime ministers, are also frequent guests of the Museum.

Warsaw Rising Museum is not just an exhibition however – it consists of many parts dealing with different types of activities. There are the Oral History Archives collecting interviews with all living participants of the Uprising, Volunteer Centre, a library and an archive, very active History and Didactics Section, many texts are being published. Stefan Starzyński Institute is also a part of the Museum and deals with Warsaw's identity and the continuation of the work of Warsaw's great president.

The Museum organises many cultural events often outside traditional museum activity. The celebrations of the anniversaries of the Uprising are of course the most important but there are also teen concerts, theatre (or “paratheatre”) shows, social efforts and open-air events for the youngest. In the course of annually organised Warsaw Festival “Tyrmand-Komeda-Polański” the Stefan Starzyński Institute prepares various cultural events referring to Warsaw of the 1950s and 1960s. Recurring meetings with history, film, architecture and arts also take place in the Museum, while painters paint on the “Art Wall” in the Freedom Park surrounding the Museum.

This large-scale activity combined with modern, narrative exhibition creates the peculiar climate of the Warsaw Rising Museum. A museum that is a place of remembrance but also a live centre on the cultural map of Warsaw, a part of its identity. The special place of the Warsaw Uprising in the collective memory, the modern form and the comprehensiveness of activity in one place give the effect of an institution drawing people in throngs.

Paweł Ukielski PhD (born 1976) – historian and political scientist, specialised in research on Central Europe. Deputy director of the Warsaw Rising Museum, involved with the Institute of Political Studies of the Polish Academy of Sciences.