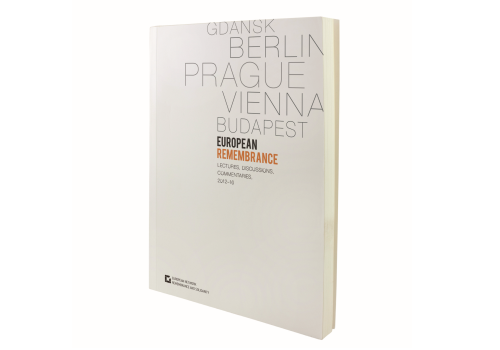 The publication features the most significant texts from the annual European Remembrance Symposium.

Does a common European culture of remembrance exist? Is it possible to build a common historical narrative in 21st-century Europe? These two questions are at the centre of international discussions and debates between history scholars, history academics, researchers, and culture managers. They also provide the underpinning for the European Remembrance Symposium - one of the main events organized by the European Network Remembrance and Solidarity.

Now selected lectures, discussions, and commentaries from Gdańsk, Berlin, Prague, Vienna and Budapest have been assembled into one publication. It is available on-line and in print.

The 2017 symposium entitled 'Violence in the 20th-century European history: educating, commemorating, documenting' will take place in Brussels between 6 adn 8 June.