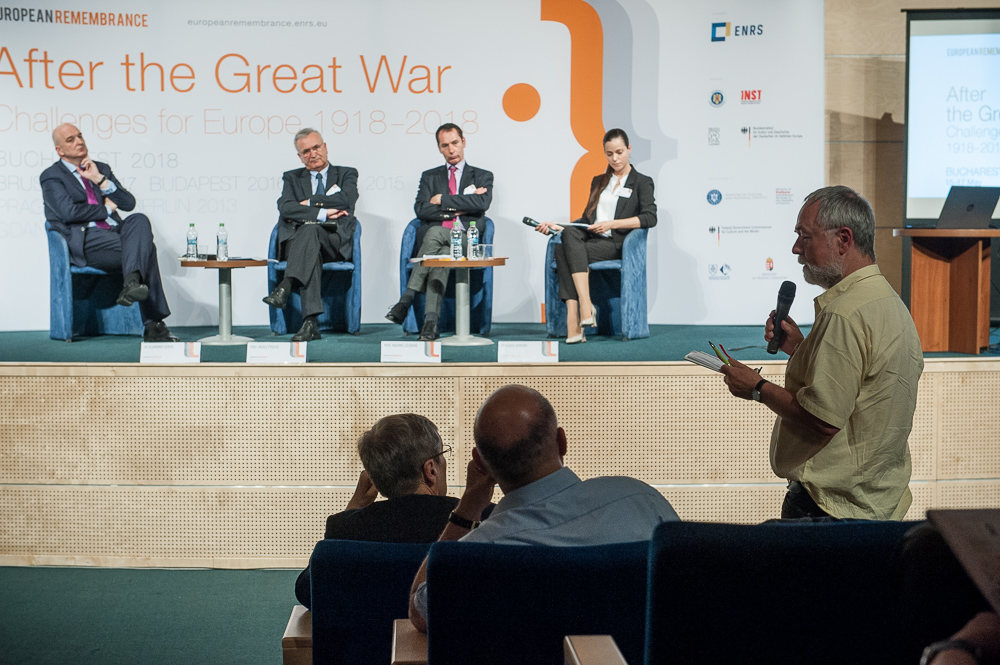 3 days, 6 discussions, 2 networking panels for more than 200 participants. Read the overview of the annual symposium organised by the ENRS.

Between 15 and 18 May over 200 cultural managers, diplomats and history scholars gathered in Bucharest for the 7th European Remembrance Symposium entitled "After the Great War. Challenges for Europe 1918-2018".

The guests and panelists were welcomed by the Romanian Deputy Minister of Culture and National Identity Răzvan Rab, as well as Prof. Jan Rydel and Prof. Matthias Weber from ENRS.

The discussions revolved around two issues in particular. Firstly, they offered an opportunity to present and summarise historians' newest findings concerning the period in question, with a special focus put on social and political consequences of the conflict for different parts of Europe. Secondly, a thorough comparison of diverse commemoration practices and images of that time imprinted in various national and state historical narrations was made, showing how they range from a sense of satisfaction and fulfilment to one of pain and defeat.

The panelists included both scholars, such as Prof. Anne Deighton from Oxford University, Prof. Béla Borsi-Kálmán from Eötvös Loránd University or Dr Chantal Kesteloot from Cegesoma, as well as those active in the field of culture, such as Robert Kostro, the director of Polish History Museum, Alan Wakefield, Head of First World War & Early 20th Century Conflict at the Imperial War Museum or Michael Žantovský, director of the Václav Havel Library

The discussions were complemented by networking opportunities during which the participants could present projects of their institutions and by visits to Romanian sites of memory.

Recordings from all of the discussions will be made available on-line in the upcoming weeks on the ENRS's YouTube channel.