The annual meeting of scholars, politicians and social activists from eight Central-East European countries associated with European Network Remembrance and Solidarity has ended in Bratislava. The purpose of that institution is to promote international dialogue and common memory round the history of the 20th century. ENRS activities intended to propagate the diverse experiences of European nations and countries reflect the principle of solidarity as the basic, common rule of thought and action.

Representing the Slovak side were: Dr Ján Čarnogurský (chairman am of ENRS Advisory Board), politician, lawyer and dissident of the democratic opposition before 1989 and prime minister of the Slovak Republic within Czechoslovakia (1991-1992); Ondrej Krajňák, documentary specialist and director of the Institute of National Remembrance (Ústav pamäti národa), representative of the Slovak side in the ENRS Steering Committee, as well as members of ENRS Scholarly Committee – Professor Róbert Letz and Dr Ondrej Podolec.

Also taking part in the deliberations for the first time, a representative of Latvia, MEP Sandra Kalniete – a Latvian politician, writer and diplomat, former European commissioner and from 2009 MEP, as well as Czech representative Oldřich Tůma – director of the Czech Academy's Institute of Modern History.

Members of various ENRS bodies discussed the last year's activities of the organization whose secretariat has operated in Warsaw from 2009. Under discussion future plans including the issue of financing ENRS activities with resources from the governments of Germany and Poland as well as the European Union. Considerable attention was focused on ENRS expansion to include other European countries. There was agreement on the need to develop the educational aspects of the group's activities and to invite the cooperation of new partners involved in promoting research into 20th century history. Participants agreed that next year ENRS should devote particular efforts surrounding the anniversary of the 1989 events which led to the collapse of communism in Central-East Europe.

'The ENRS mission is not only to compare national images of history and to solve misunderstandings arising out of historical issues. It also aims to do away with national and social stereotypes, to build mutual respect and increasing better understanding amongst Europeans,' emphasised Professor Jan Rydel, chairman of ENRS Steering Committee.

Rafał Rogulski, Director of ENRS Secretariat, in turn noted that a task of ENRS is to comment on current disputes surrounding specific events, statements, media reports and works of art. That would include interpreting difficult topics related to the war and totalitarian rule like the controversial television series 'Our mothers, our fathers' which has stirred both Polish and German public opinion. Following the broadcast of the series, already on 25th June a discussion on the controversies surrounding it will take place at the History Meeting House.

Bratislava residents had an opportunity to personally participate in an event organised by ENRS on 19th June at the Lumiere cinema – the premiere of the documentary produced by ENRS entitled 'Eastern Europe moving to freedom'. Directed by Mirosław Jasiński, it focuses on the exceptional cooperation of Poland, Czechoslovakia and Hungary in 1989. 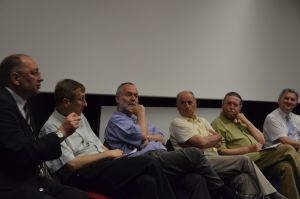 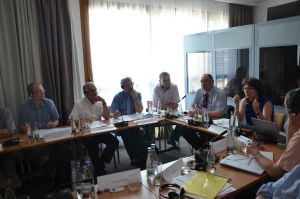 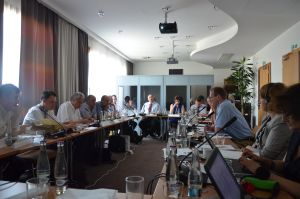