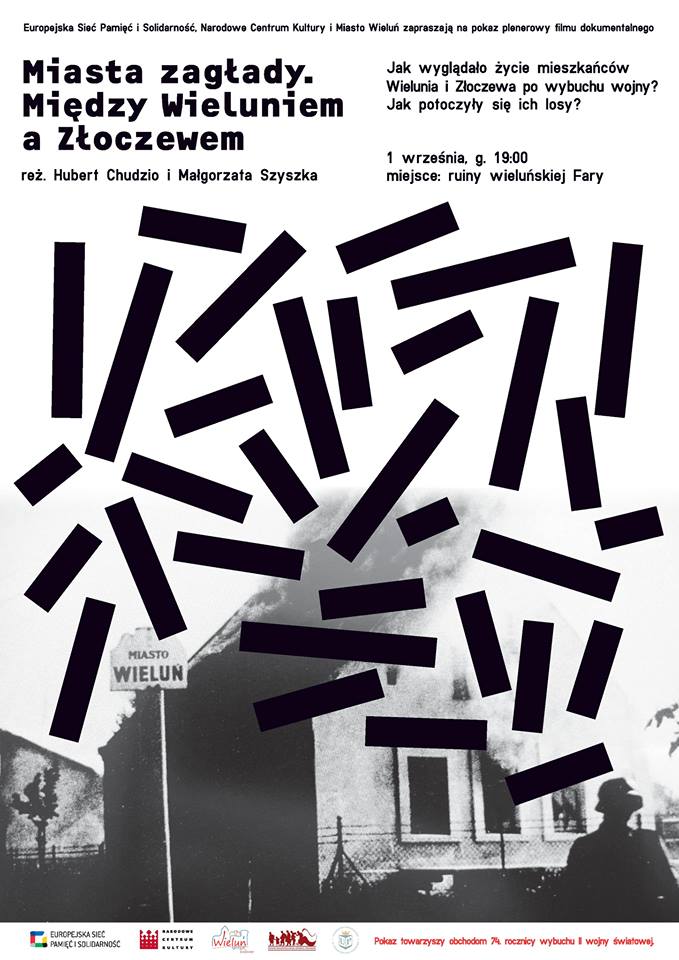 On 1 September, on the 74th anniversary of the outbreak of World War II, we invite you to Wieluń (Poland) to special outdoor screening  of documentary "Annihilated Towns. Between Wieluń and Złoczew" by Hubert Chudzio and Małgorzata Szyszka.

"Annihilated Towns" is a long-term project that aims to document the 20th-century history of selected European towns whose residents suffered the trauma of mass expulsions. This first stage of the project showed the destruction of Wieluń and Złoczew and the expulsion of their inhabitants in the first days of the Second World War.

The town of Wieluń was bombarded by the Luftwaffe in what is considered the first terror bombing of WWII – there were no military targets in the area. 1 300 civilians died, and 90% of the town centre was destroyed.

An international group of historians, journalists and film makers interviewed 24 people remember the events of that day. From these interviews, they made a documentary, entitled “Annihilated Towns – Between Wieluń and Złoczew”. They also collected archival materials, including photographs, which were shown in the film.

The film convey only a fraction of the tragedy that befell the civilians of Wieluń and Złoczew, as well as many other Polish towns, whose tragic histories were not well known (Wieluń) or are not known to this day (Złoczew).