The winner of Kazimierz Moczarski Prize for the best history book is Wielka trwoga. Polska 1944-1947 (The Great Fear. Poland 1944-1947) by Marcin Zaremba. The winner was announced in the evening of 22 Nov. 2013 during the award ceremony at Krasiński Palace, the seat of the National Library in Warsaw.

For the fifth time, the Agora Foundation and the Polish National Centre for Culture, this year teamed up with European Network Remembrance and Solidarity, presented the Kazimierz Moczarski Prize for the best history book of the past year dedicated to Poland’s history after 1918. The winner was announced in the evening of 22 Nov. 2013 during the award ceremony at Krasiński Palace, the seat of the National Library in Warsaw. The winner is Marcin Zaremba for his book Wielka trwoga. Polska 1944-1947 (The Great Fear. Poland 1944-1947). The winner received a cash prize of PLN 50.000 and Kazimierz Moczarski’s Sharpener statuette. 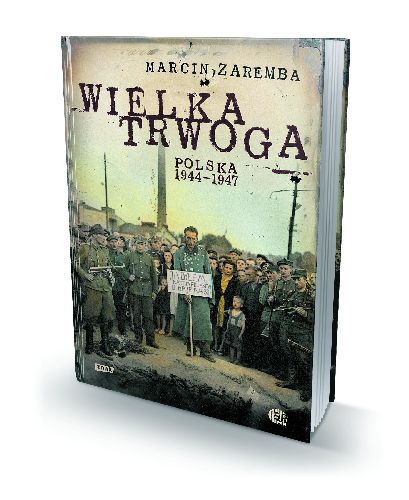 Soviet soldiers, corrupt policemen, deserters, thugs, hundreds and thousands of cripples, orphans and beggars. This is the true face of post-war Poland. Zaremba takes the reader on a traumatising journey through a time which has vanished from memory. Through a war-ravaged country of fear and uncertainty. This book is a history of the immediate post-war period without myths. The author shows a divided society in which the daily struggle for existence was one of rape and pillage, and where uncertainty about the future led to sleepless nights. Will there be another war? Will I manage to survive the hunger and disease? Will I find a home and a job? These were the questions on the lips of millions of Poles.

Other nominees to the award: 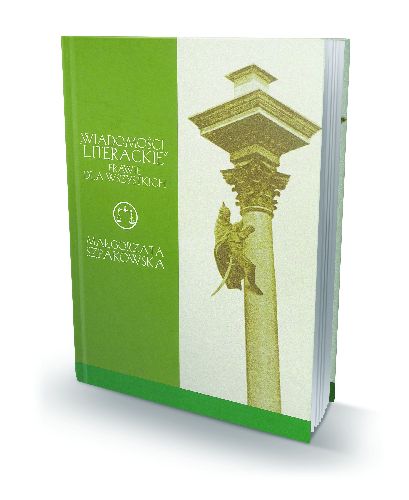 A fascinating book about the interwar period, with a disturbing number of analogies to the present. Antoni Słonimski, Tadeusz Boy-Żeleński and Julian Tuwim, the three liberals who set the editorial tone for “Wiadomości Literackie” (Literary News), interwar Poland’s best-known publication, were well known (the song lyrics written by the latter were famous throughout Poland). They also held sway over opinion, making them controversial figures. The centre-right National Democrats saw Literary News as sabotaging the national cause, while the communists complained of a lack of class awareness. The publication’s mission was to modernise Poland. There were no passionate appeals: ‘People, brush your teeth!’ rather than ‘People, awake!’. 1935 saw the establishment of a right-wing response to this phenomenon – “Prosto z Mostu” (Straight Talking), where the favourite pastime was to criticise the “literary salon” and attack the editors of Literary News, acknowledged as an insular clique. 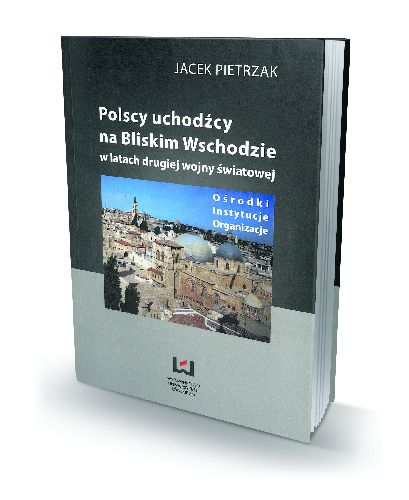 During the Second World War, the Middle East was one of the most important centres for Polish emigration to escape the conflict. This book deals with the fates of civilian refugees whose histories are overshadowed by the odysseys of military formations, and describes Polish initiatives in Palestine, Lebanon, Syria, Egypt, Turkey, Cyprus, Iraq, Iran and Afghanistan. The focus is on the largest civilian centres – Palestine and Iran. It is primarily a book about people, including leading figures from political, cultural and academic life, who were involved in the activities of the Polish government in exile and refugee organisations. 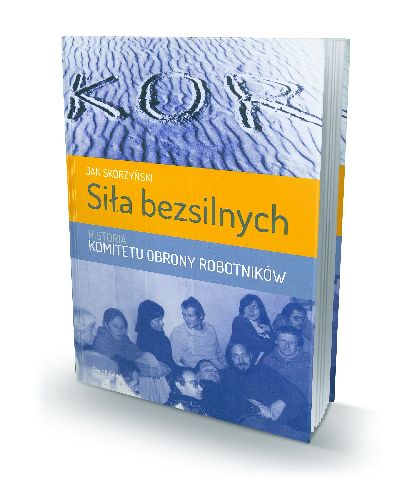 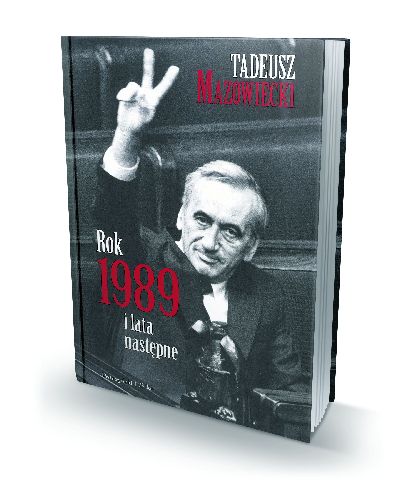 This book presents the political philosophy of Poland’s first post-communist prime minister. It contains conversations with the author, his key speeches such as the ‘thick line’, the plan to complete reforms to the state as presented during the leadership struggle with Lech Wałęsa in 1990, and his recollections of friends and family. ‘This is a book about a man who treated politics in an old-fashioned way as a duty, which is impossible without poignancy. Those who see politics as a Darwinian war between species; spin doctors and experts on political marketing; fanatical publicists feeding off the sneering of the elites – let them ignore this book, it will teach them nothing. As a Christian, and affected by the meaning of this word, Mazowiecki’s politics are moral. When up against cynicism, faithlessness and political manoeuvrings, this is a recipe for defeat. In addition, it is difficult to write about such politics with passion. Decency is noble, but brawls sell better,’ writes Jarosław Kurski of the book. 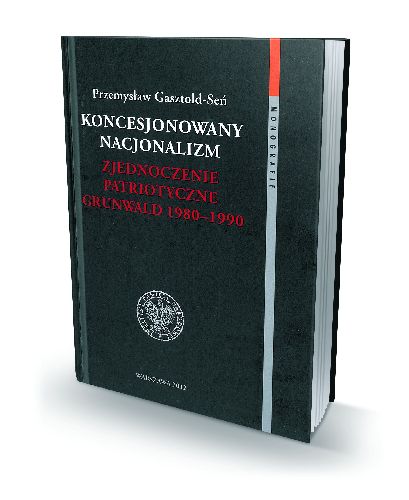 ‘The formation of Solidarity mobilised supporters of the old order to attempt to defend the system, in particular through invoking nationalist slogans. The central theme of this was the search for enemies threatening ‘Polish patriots’. The finger was pointed at the Jews, the ‘enemies of the working class’, and at the ever-growing number of activists who supported the opposition and sympathised with striking workers. The staunchest opponents of change from among party circles were brought together in the Grunwald Patriotic Union. Formed in 1980, this organisation promoted slogans concerning the ‘Jewish nature’ of the opposition, the role of Solidarity in espionage and the need to unite around the defenders of the old order. The author presents the organisation’s activities, its activists’ use of television, radio and the press, and its little-known internal struggles,’ wrote Henryk Samsonowicz about the book. 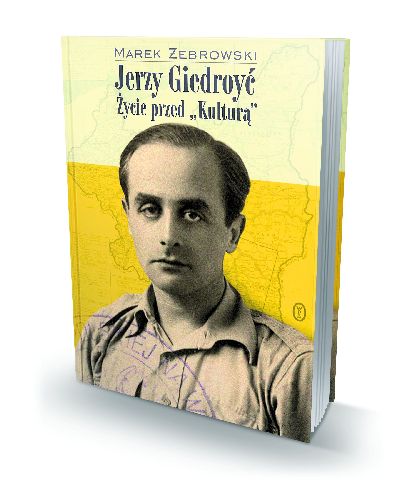 As a child he wandered from Moscow to Minsk during the Russian revolution. He was a compulsive smoker as a teenager. He disliked school but adored picnics. He married a beautiful femme fatale. He liked to lie about in bed until ten. He was fascinated by Polish poet and playwright Witkacy, and experimented with drugs. Who would have thought that this would be the life of a hardworking and industrious literary editor? The biography written by Marek Żebrowski does not depict the editor of literary-political journal Kultura, but rather the history of a child, a teenager, a young politician and even a cashier at a military canteen on the beach at Tobruk. This is a half-century in the very private life of an individual who was universally acknowledged as a leading authority and defender of free speech. The book reveals the secrets of Giedroyc’s private life, described the people closest to him, the development of his world view, and his work at the Polish embassy in Bucharest during the Second World War, which he spent with the Polish army under General Anders. 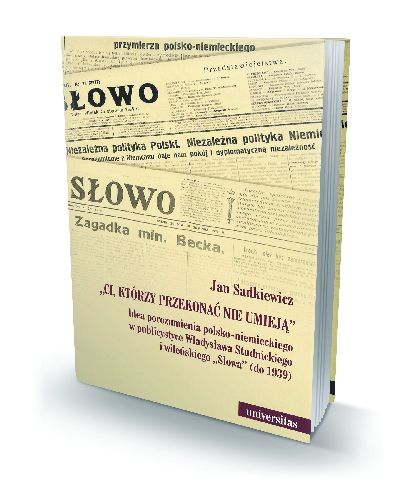 Ci, którzy przekonać nie umieją. Idea porozumienia polsko-niemieckiego w publicystyce Władysława Studnickiego i wileńskiego “Słowa” (do 1939) (Those who Lacked the Power of Persuasion. The Idea of a Polish-German Agreement in the Journalism of Władysław Studnicki and Słowa in Vilnius (to 1939)), Jan Sadkiewicz, Universitas, Kraków

The author deals with the journalism of the group centred around Władysław Studnicki and the journal Słowo, published in Vilnius. He avoids hindsight and the events of the Second World War, which would cast a distorted image of the political situation in pre-war Poland. ‘The book deals with one of the most controversial themes in 20th-century political thought – the idea of a Polish-German agreement in the interwar period. Sadkiewicz analyses the journalism of Poland’s leading pro-German figure, Władysław Studnicki, and juxtaposes this with the views of Stanisław Mackiewicz. You can disagree with the author’s evident fascination at their views, but their significance in the dispute surrounding the decisions made by the politicians ruling Poland in 1938-39 should be acknowledged,’ wrote Prof. Antoni Dudek about the book. 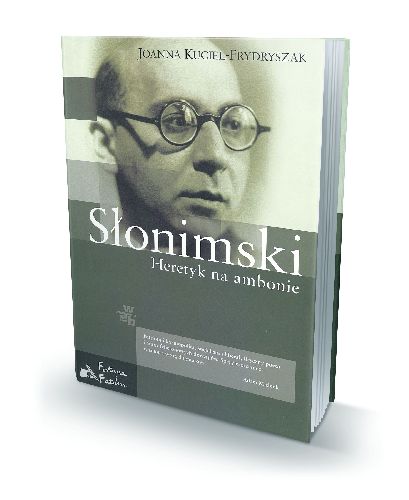 He started school aged ten and left in the fifth year. He never completed his education, but this failed to prevent his rise to become one of the most brilliant minds of the interwar period. When in 1968 Gomułka challenged him in front of the entire nation to say who he was, he replied as follows: ‘In recent months I have been called an anti-Semite, a Zionist, a reactionary, a revisionary and a bourgeois liberal. These are not especially offensive terms, but obscure the truth, which is a lot simpler. I am a Pole, and a fanatic one at that. I have been fighting for my country for almost fifty years in every way I could’. For the communist authorities, this pre-war liberal convert to communism quickly became an inconvenience. He was the initiator of and a signatory to the Letter of the 34 and a critic of state cultural policy and censorship, of whom the secret police wrote: ‘Beginning in 1956, he has participated in almost all hostile initiatives instigated by the intellectual opposition’. 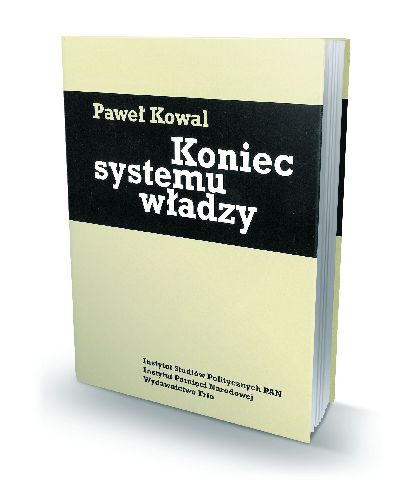 ‘A well-known politician is transformed into an astute analyst of the recent past, whose fascination with the attributes of power enable the crafting of a fluent and extremely convincing study, presenting primarily the activities of General Jaruzelski and the communist leadership from 1986 to 1989. The collapse of the communist state in Poland, followed by similar events in other European countries, is (and no doubt will continue to be) the subject of both interest among the public and of academic study. Kowal shows that a seemingly exhausted field can still give rise to important themes which to date had been passed over. He is successful due to his extensive knowledge and skills as a writer, in addition to the fact that he was able to reach sources which had not previously been used,’ writes Prof. Andrzej Paczkowski about the book.