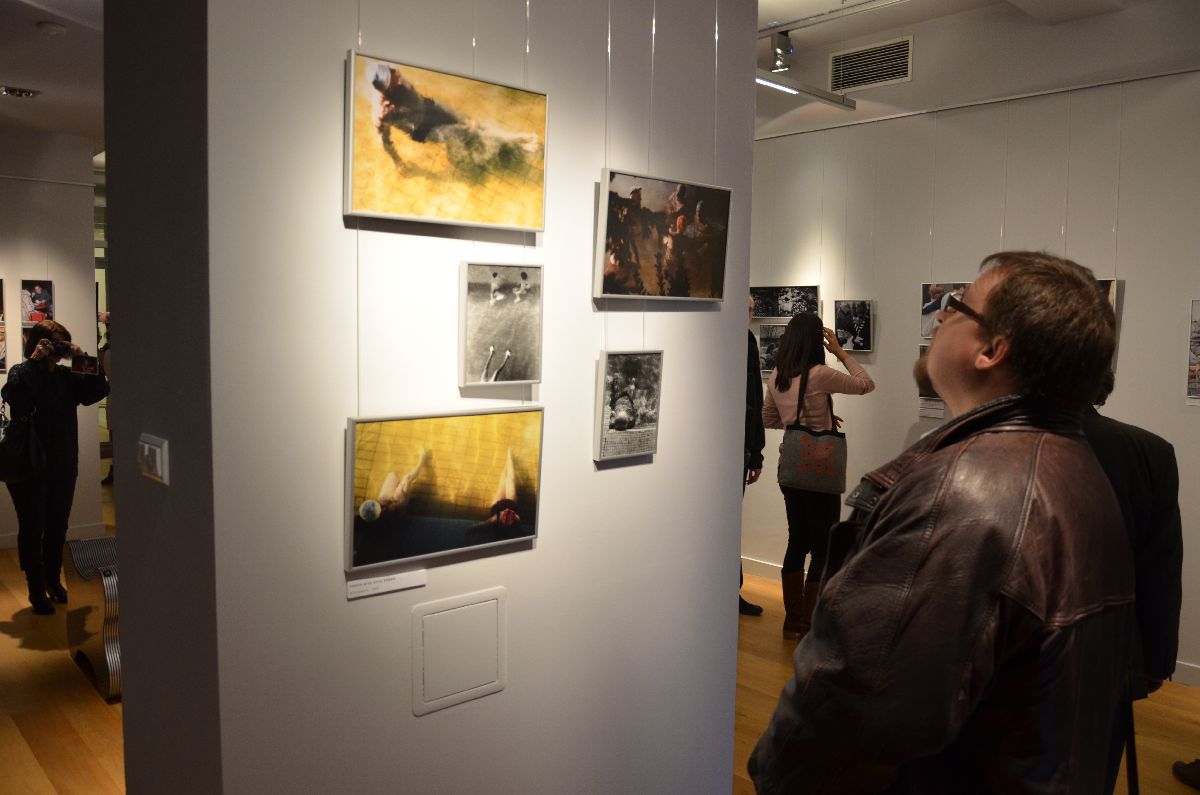 An exhibition of Rudolf Hervé’s photographs portraying Budapest between 1989 and 1993 opened in the Hungarian Cultural Institute in Warsaw on the 12th of March.

Pictures show the first four years of the Hungarian transformation:  the everyday life of the residents, cultural events, the Budapest underground milieu, the beginnings  of capitalism and  the great industry fading away. The exhibition runs till the 14th of April 2014 and is open from 9am till 5pm daily.

The opening was accompanied by a panel discussion concerning both Hervé’s works and the wider context of the Hungarian transformation. The discussion was led by János Tischner - historian and director of the Hungarian Cultural Institute. Csaba G. Kiss (historian, professor at Warsaw University), Jarosław Giziński (journalist, editor in Rzeczpospolita), and Adam Mazur (curator, art critic) participated in the debate.
Rudolf Hervé was a French artist of Hungarian and Jewish origin. According to Adam Mazur, his complicated identity represents the complexity of our region. As it was emphasised by Csaba Kiss, Hervé combined exterior western perspective with a view on the country of his origin to which he was firmly attached.

Adam Mazur stressed the peculiarity of the images depicting the time of the transformation. Equally to Tadeusz Rolke’s photographs, Hervé’s works could be summed up with a following description – hideous transformation. With regards to the photos taken in Hungary, it may seem peculiar, as the aestethic, avant-garde photography had a long tradition in Hungary, and was a kind of Hungarian ‘export goods’. In contrast, Hervé’s works were outrageously sloppy, inelegant and experimental, but full of energy at the same time. Budapest, as seen by Hervé, broke into a number of snapshots of the transformation.

Csaba Kiss observed that Hervé had continued the interwar trend of social documentary photography. Some of his works present a great irony towards reality and show lots of details from the interwar period. Being a scholar, who works in the field of stereotypes, Kiss highlighted the representation of common Hungarian clichés , such as bathhouses or sausages.

To Jarosław Giziński, Hervé’s photographs were more of a sentimental representation than an actual record of the era. From today’s perspective, the time of transformation may seem grey and wild, but for Poles of the time, Hungary was much more colorful a country than Poland. Csaba Kiss added that indeed the economy had been better in Hungary. The so called goulash communism, or cadarism was giving a feeling of fulfillment, but at the same time had a negative impact on the Hungarian mentality.

The panelists agreed that, regarding politics, the transformation had occurred similarly both in Poland and in Hungary. Changes were negotiated peacefully at round tables. Jarosław Giziński pointed out the significant social differences – Hungarians hadn’t taken risk. For instance, they feared the responsibility regarding free trade, of which Poles were not afraid whatsoever. Csaba Kiss, who participated in the opposition of the 80’s, admitted that the activists did not want to exhort people to rise, because the predominant since 1956 terror had been embedded in the mutual consciousness. Greater economical freedom in Hungary did not equal greater intellectual freedom.

According to Giziński, thanks to propaganda during the communist era, some Hungarians perceived their country as a richer, almost Western one. That is why they took badly difficulties brought by transformation. Kiss added that at that time they had felt as if they had been paying for Kadar’s goulash.

Being disappointed with the transformation, Hervé left Hungary in 1993. As it was mentioned by Adam Mazur, it seemed logical from a photographer’s point of view since there was no dynamism any more. Stabilization came and nothing interesting was there to capture. However, the transformation did not end in 1993. In Csaba Kiss’s opinion the consequences of the former political system are still present in the Hungarian society. Hence the transformation of Hungarian mentality is still ongoing.