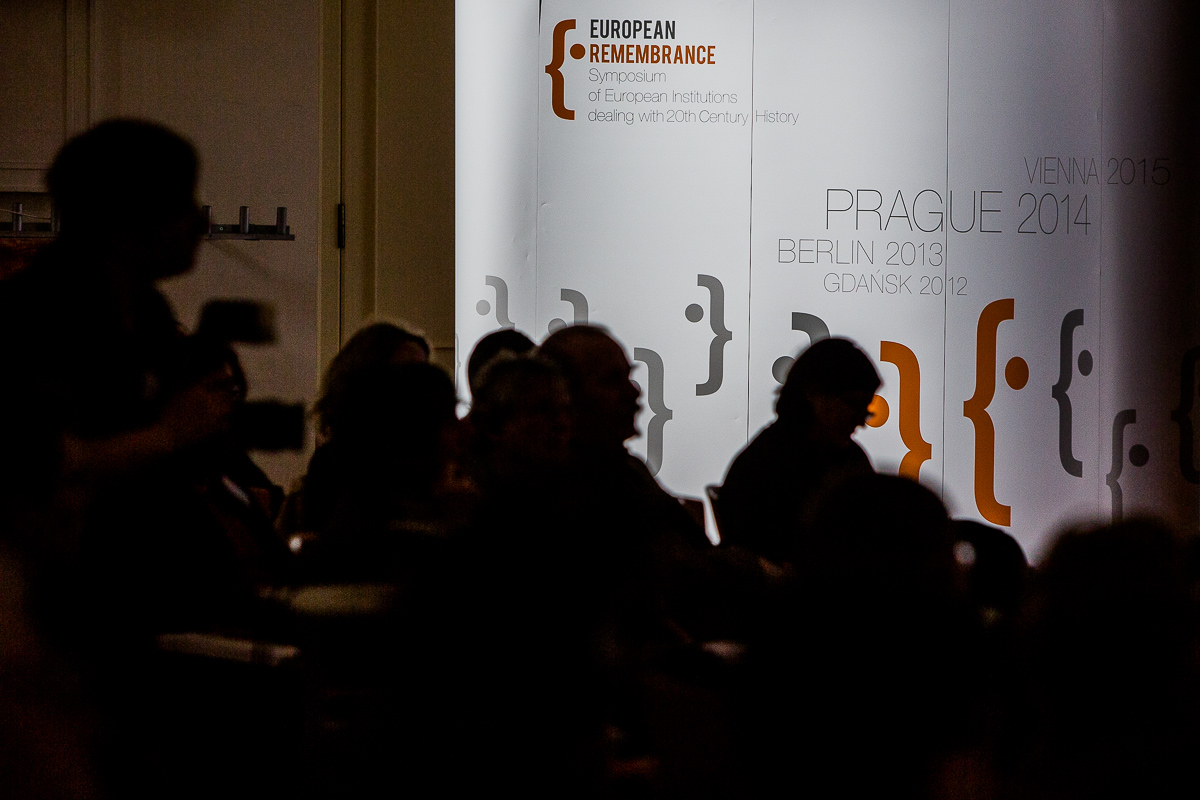 Marci Shore, American historian specializing in the history of Eastern Europe and lecturer at Yale University (USA), opened the international symposium „European Remembrance” in Prague with the keynote lecture. The main question she has put was ‘Should we open the closet of the past?’.

Focusing on human nature she gave examples of people such as Milan Kundera (Czech Republic) or Leslaw Maleszka (Poland), who were involved in collaboration with communist regimes.

Marci Shore said: A desire to account with the past, though understandable, can distract us from the essence of the past events and understanding human nature.

She added: A question not raised often enough is the one about relations between totalitarianisms and the intimacy, the destruction of private lives.

Marci Shore mentioned also Jan Patočka's term ‘solidarity of the shaken’ (not solidarity based on forgetting and then forgiving), which explains the Polish-Ukrainian solidarity of today and she clearly emphasized that no one in Europe can understand Ukrainians better then Poles.

Among opening speakers was also Małgorzata Omilanowska, State Secretary, Ministry for Culture and National Heritage of Poland. She claimed that the symposium is a big success as the number of institutions is growing year after year. We share common history but we have different experiences and European Network Remembrance and Solidarity is a model response to the problems in the field of memory – she said.

Prof. Jan Rydel, Chairman of ENRS Steering Committee stressed that: ‘A different historical memory of each nation, each ethnic group and frequently also each social group, divergent interpretation of history, old stereotypes as well as debates of scholars and journalists are a significant and very natural aspect of our thinking about the past.’ However, he added, this plurality often impacts present day politics with historical arguments making history an instrument in current debate.

The three-day symposium in Prague is organised  for the third time by European Network Remembrance and Solidarity after Gdańsk and Berlin.

The idea of the symposium was born out of the conviction that a reflection on the crucial events of the last century can be deep and constructive only if we are able to see the European context and notice different, often very different points of view. A vital requirement for a successful debate is the recognition of the fact that these anniversaries are differently understood in each country. For example, 1989 is considered a turning point in the history of Poland (first free elections), Czech Republic and Slovakia (Velvet Revolutions), and Germany (fall of the Berlin Wall). In other countries, such as the Baltic states or Ukraine, different dates are remembered and commemorated. Similarly, the Great World War has a different meaning in different national narratives. While in France or Great Britain in is considered a traumatic experience, the central European countries view it more in the context of regaining independence.