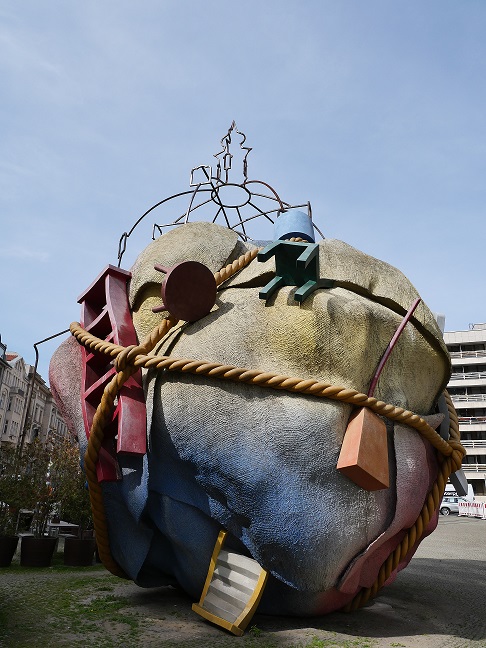 'Visualisations of 20th-century Forced Migrations' due to start in Berlin

Visual evidence of forced migration can be found everywhere in the once multi-ethnic regions of Central and Eastern Europe. Documenting and interpreting this evidence is a crucial task to understanding and expanding the visual memory of this painful chapter of European history. The educational project 'Visualisations of 20th-century Forced Migrations' – a new initiative of the European Network Remembrance and Solidarity (ENRS) and Deutsche Gesellschaft e.V. – offers an opportunity to explore historical sources creatively and to produce artworks that enhance the visibility of these events to the public. The programme kicks off in Berlin next Wednesday

During the call for applications to 'Visualisations of 20th-century Forced Migrations' young artists and professionals under the age of 35 engaged in humanities and the arts were asked to formulate an artistic or documentary project aimed at exploring and visually documenting traces of forced migration. On 29 June nine individual participants and a pair chosen by an international jury will meet in Berlin to discuss their project proposals and take part in an intense series of workshops focusing on visual history in academic and artistic contexts. The introductory lecture will be given by Prof. Annette Vowinckel from the Leibniz Centre for Contemporary History Research in Potsdam. Workshops will be held by Irina Peter, a freelance journalist and podcast maker, Karolina Grzywnowicz, a visual artist from Poland, and Katarzyna Sagatowska, a curator, photographer and founder of JEDNOSTKA gallery and publishing house in Warsaw. A special guest representing the ENRS Steering Committee will be prof. Jan Rydel.

The participants come from nine European countries and from an array of different disciplines, including law, history, cultural studies, anthropology, sociology, journalism and the visual arts. Focusing on the Second World War and the period between 1933 and 1949, the ten selected proposals represent the participants varied cultural and academic backgrounds. Among them are, to name only a few, a stained-glass installation recounting the story of the forced resettlement of Crimean ethnic minorities in the 1940s; a legal analysis of documentary and civil photography taken during the time of resettlement actions carried out on the borders of Czechoslovakia; and a cartographic project juxtaposing simplified graphic representations of ethnic Germans’ routes to East and West Germany after the end of the war, and their real, intricate and often dramatic trajectories.

The meeting in Berlin marks the beginning of a three-month long period in which the project proposals are developed into completed works. During this time the participants will receive input and support from scholars and artists. Katarzyna Sagatowska will be the artistic mentor while Annemarie Franke, PhD (ENRS), and Vincent Regente, PhD (Deutsche Gesellschaft e.V.), will be responsible for the academic mentoring of the group. The final presentation will take place in Wrocław (Poland) on 17­–19 November, where the authors will meet up again at the Depot History Centre (Centrum Historii Zajezdnia) to present and evaluate the results of their work.

‘Visualisations of the 20th Century Forced Migrations – Transnational Memory in Pictures and Art’ is a joint initiative of the European Network Remembrance and Solidarity and Deutsche Gesellschaft e.V. Further partners of the programme are: Gedankendach (Germany/Ukraine) the Western and Northern Territories Network (Poland), as well as the Remembrance and Future Centre and the Depot History Centre in Wrocław (Poland). The project is supported by the German Federal Government Commissioner for Culture and the Media and the Federal Institute for Culture and History of the Germans in Eastern Europe.