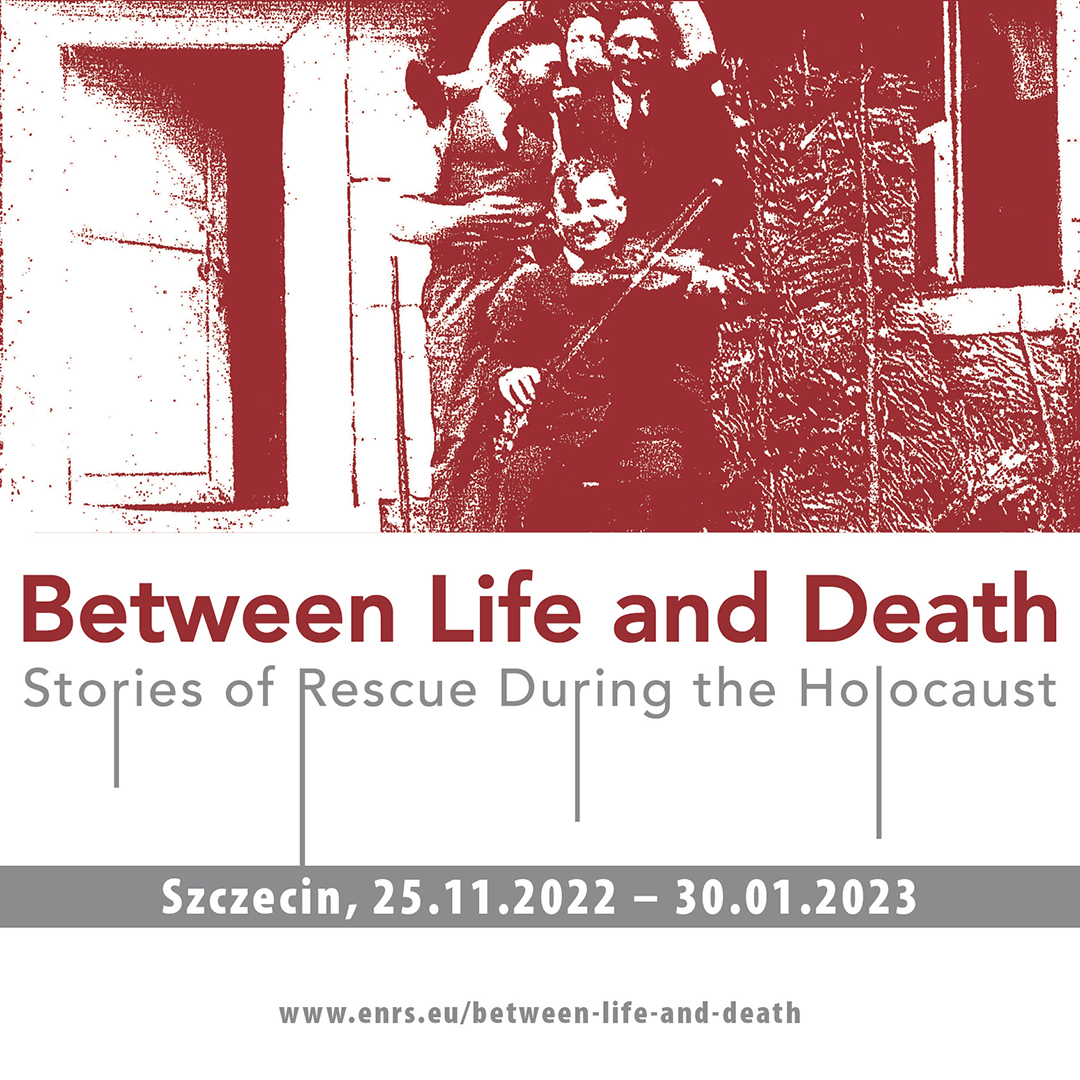 Edition
Between Life and Death in Szczecin

Closing of the exhibition 'Between Life and Death' in Szczecin

The Dialogue Centre Upheavals in Szczecin (Poland) and the European Network Remembrance and Solidarity invite you to the closing of the international exhibition 'Between Life and Death. Stories of Rescue during the Holocaust'. The event will take place on 27 January, the International Holocaust Remembrance Day, at 5 PM CET in the Dialogue Centre Upheavals in Szczecin. The meeting will be attended by Elżbieta Ficowska, a Holocaust survivor and the wife of the late famous writer and poet Jerzy Ficowski, Róża Król, President of the Szczecin Socio-Cultural Association of Jews and Zuzanna Stawińska, a great-granddaughter of the sister of Aleksandra Gawrych, Righteous Among the Nations. The meeting will be preceded by a lecture deliveredby Prof. Eryk Krasucki entitled An exceptional genocide: a look at the discussion concerning the Holocaust.

Presented at the Dialogue Centre Upheavals in Szczecin since November 2022, the exhibition focuses on twelve cases of people who helped Jews persecuted during the Second World War and testimonies of Holocaust survivors. The Polish part of the exhibition showcases the story of Elżbieta Ficowska who was smuggled out of the Warsaw Ghetto as a little baby. She was born there in 1942 to Henia and Jossel Koppel and subsequently hidden from Germans by Stanisława Bussold, a 56-year-old midwife and member of the underground who aided Jews. The only thing left from her Jewish parents is a little silver spoon bearing the girl’s name and birth date. For many years Elżbieta Ficowska chaired the Children of the Holocaust Association in Poland. Her story is among those presented at the travelling exhibition Between Life and Death.

The exhibition also recalls the story of the Gawrych family. Aleksandra and Jan Gawrych and their children lived in a forester’s lodge in a Mazovian village (occupied Poland). During the Second World War they helped Jews hiding in the neighbourhood. Among them were: Abram Słomka, a violinist and fugitive from the Warsaw Ghetto, Fryda Szpinger, a daughter of the Gawrychs’ friends from before the war, as well as Tirca (Teresa) Zylberberg and her husband Chaskiel Papier, who came from time to time to hide in a barn in the field. On the evening of 18 March 1943, the house was surrounded by the Gestapo and plain-clothes police. Fryda, Abram, Tirca and her husband fled immediately, but the pregnant Tirca returned to retrieve her jacket, only to be shot in the yard. Jan Gawrych was taken away and killed, too. Their house was looted and burnt down. Afterwards, Aleksandra found out that a woman who was their neighbour had denounced them to the Germans.Jan and Aleksandra were recognised as Righteous Among the Nations in 1999. The medal issued for them was received by their daughter Jadwiga Gawrych in Warsaw on 1 May 2000.

By presenting stories of survivors along with those of rescuers, the exhibition highlights the complexity of human relations under extreme conditions. The testimonies are also shown against a broader historical background to offer a better understanding of local opportunities for Jews to survive and for helpers to provide aid.

The project is a joint initiative of the European Network Remembrance and Solidarity, POLIN Museum of the History of Polish Jews (Warsaw) and the Silent Heroes Memorial Centre (Berlin). The exhibition had its premiere in Brussels at the headquarters of European Commission in January 2018, marking the International Holocaust Remembrance Day. Since then, it has travelled to several cities across Europe, including Amsterdam, Bratislava, Vilnius, Wrocław, Budapest and many others. It has also been presented in Japan.