Edition
Genealogies of Memory 2022: History and Memory in International Relations

Memory and history have always played an important role in diplomacy. However, only in recent years have growing numbers of scholars begun to integrate memory and the use of history into the theories of international relations (IR), a trend most noticeable among constructivists (Langenbacher and Shain, 2010; Perchoc, 2013, Ociepka, 2017). This turn has been partly influenced by the expanding body of research devoted to memory in both theoretical and historical contexts, which has largely centred around the memory of the Second World War and the Holocaust (among others: Cichocka et al., 2005; Assmann 2008; Memory and Change, 2016; Łuczewski, 2017), but it has also been triggered by the increasing importance of memory and identity politics worldwide (Fukuyama 2018; Wang 2018).

On the other hand, history can also serve as a means of reconciliation, with even difficult pasts providing platforms for dialogue through public apologies, truth and reconciliation commissions or international textbooks (Korostelina, Lässig, 2013, Rosoux, 2009). Moreover, memory has wielded an important influence over innumerable fields, from international law, through public discourse, to even seemingly unrelated areas, such as climate security (Fonseca, 2014). Given this expansive reach, there is considerable scope for further research into the influence of history and memory related issues on IR, particularly in terms of academic conceptualisations, methodological approaches and relevance to policy making.

The conference will take place in Warsaw on 26–28 October 2022 in a hybrid format with possible online participation.

9:30-11:00 (CEST)
KEYNOTE LECTURE: History in International Relations: A Roadmap or Just a Context

Moderation:
Jade McGlynn (Middlebury Institute of International Studies)
Panelists:
Marek Cichocki (College of Europe, Natolin), The Impact of Memory about the End of the Cold War on International Politics after 30 Years
Monika Albrecht (University of Vechta), Postcolonial Memory and Europe-Africa Relations
Paula Rhein-Fischer (University of Cologne), Ahead to the Past: How the Future Will Govern Memory of the Past/ONLINE
Harutyun Marutyan (Armenian Genocide Museum-Institute), How the Holocaust Is Part of Universal Memory While the Armenian Genocide Is Not
Christoph Teubner (Bonn University),  A Clash of Memories? The Impact of Memory and History on the Diplomatic Relationships between West Germany and the Arab States Following the Commencement of West German–Israeli Relations in 1965/ONLINE
Comments:
Félix Krawatzek (Centre for East European and International Studies, Berlin)

Moderation:
Burkhard Olschowsky (Federal Institute for Culture and History of the Germans in Eastern Europe)
Panelists:
Tina Peresunko (М. S. Hrushevsky Institute of Ukrainian Archeography and Source Studies of the National Academy of Sciences of Ukraine), I SING, THEREFORE I AM. How Ukraine Struggled for International Recognition and Independence from Russia 100 Years Ago Through the Means of Cultural Diplomacy
Nadija Honcharenko (Institute for Cultural Research of the National Academy of Arts of Ukraine, Kyiv), A Deconstruction of the Soviet Mythology of the Second World War in Ukrainian Memory Policy
Oleksandr Svyetlov (Museum of Soviet Occupation, Kyiv), Weapons of Mass Delusion: Russia´s Anti-Ukrainian Policy in Discourse and Practice
Jade McGlynn (Middlebury Institute of International Studies), Ukrainian and Russian Memory Diplomacy in Wartime: A Comparative Study
Comments:
Tomasz Stryjek (Institute of Political Studies, Polish Academy of Sciences)/ONLINE 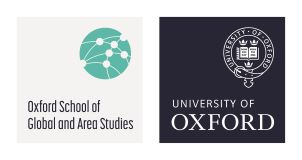