On the downfall of communism. 1989 in Central and Eastern Europe

The year 1989 saw a culmination of many years of dissident efforts which meant freedom and democracy for East-Central Europe. The rise of a number of sovereign countries brought joy and high hopes for their citizens, but also doubts and anxiety as to what the future might hold.

Thirty years later, experts from different countries will meet in Warsaw to discuss these turbulent events, their interpretations today and the legacy of the fall of the Iron Curtain for the next generations. The conference is organised on the anniversary of the conclusion of the Polish Round Table Talks which were the first in a series of negotiations between communist authorities and the opposition in several countries of the Eastern Bloc.

Languages of the conference: English and Polish (simultaneous translation will be provided)

Please note that there are two seperate venues for the conference:

Day 1, Thursday 4 April 2019
The Presidential Palace; attendance by invitations only (online livestreaming will be provided)

12:00
Termination or continuity? Dismantling communism in 1989 in different countries of Central and Eastern Europe

10:00
Solidarność as an inspiration? In search of a common Central European heritage

The conference 'On the downfall of communism. 1989 in Central and Eastern Europe' is a part of a common cross-national framework of academic meetings '1989. Changes and challenges' devoted to the legacy of years 1989-91 which will be held in 2019 in different European countries.

Learn more about the framework 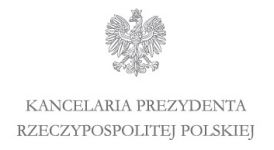 Event organised as a part of the 1989. Changes and Challanges framework