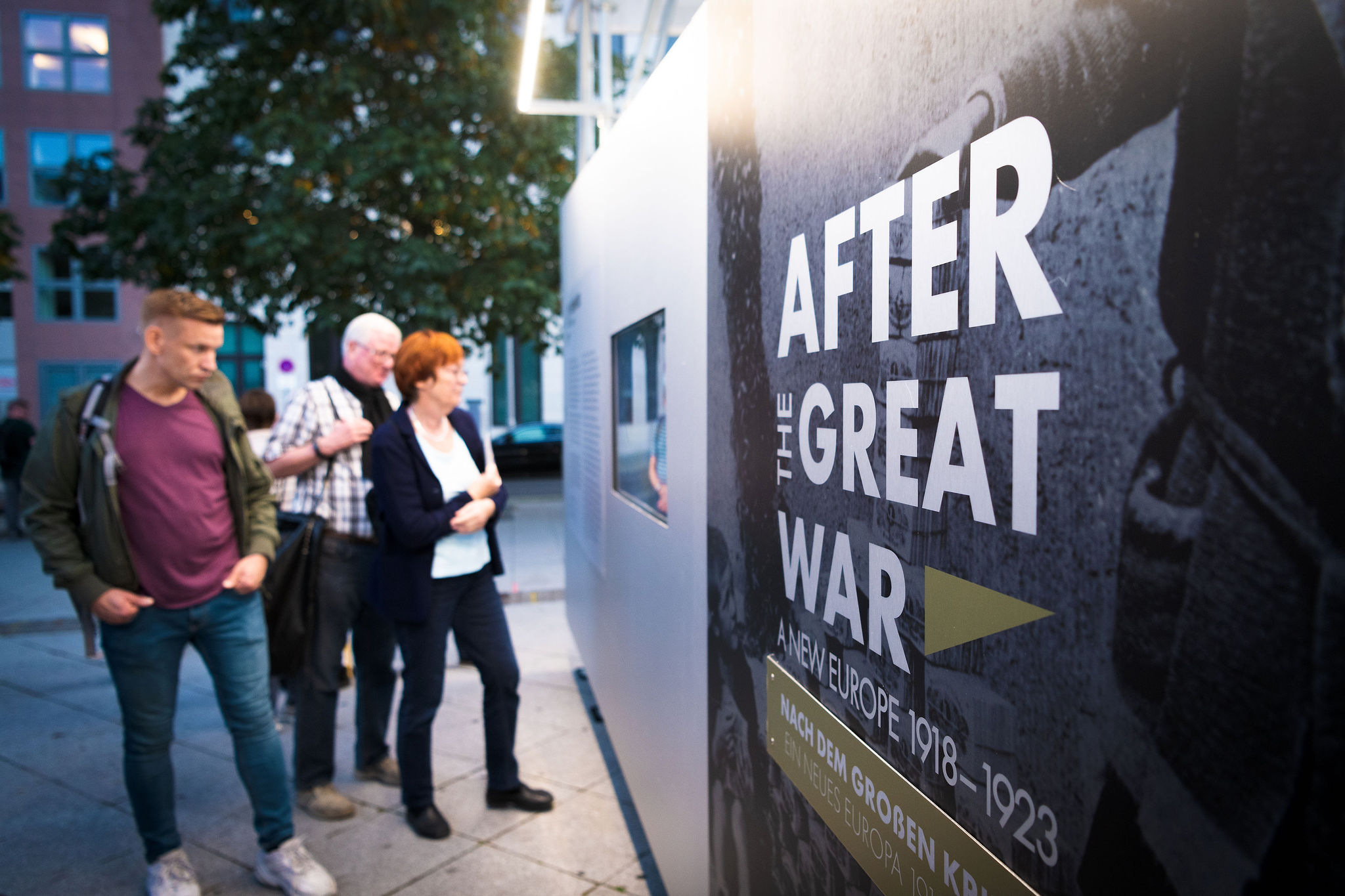 "After the Great War" display coming to Weimar

The exhibition "After the Great War. A New Europe 1918-1923" will be on view in Weimar from 1 to 19 November. A guided tour by the curator Dr Bartosz Dziewanowski-Stefańczyk will be held on 3 November at 16:00 as a part of the Weimarer Rendez Vous mit der Geschichte festival.

Weimar will be the 6th location, after Prague, Sarajevo, Bratislava, Verdun and Berlin, to host the travelling exhibition. The display will be on view at at the Stéphane-Hessel Square in front of the Bauhaus Museum till 19 November, and in other European the following year.

A special guided tour of the exhibition will take place on 3 November at 16:00. The tour will be given by the exhibition's curator, Dr Bartosz Dziewanowski-Stefańczyk. The event is organised as a part of the Weimarer Rendez Vous mit der Geschichte festival.