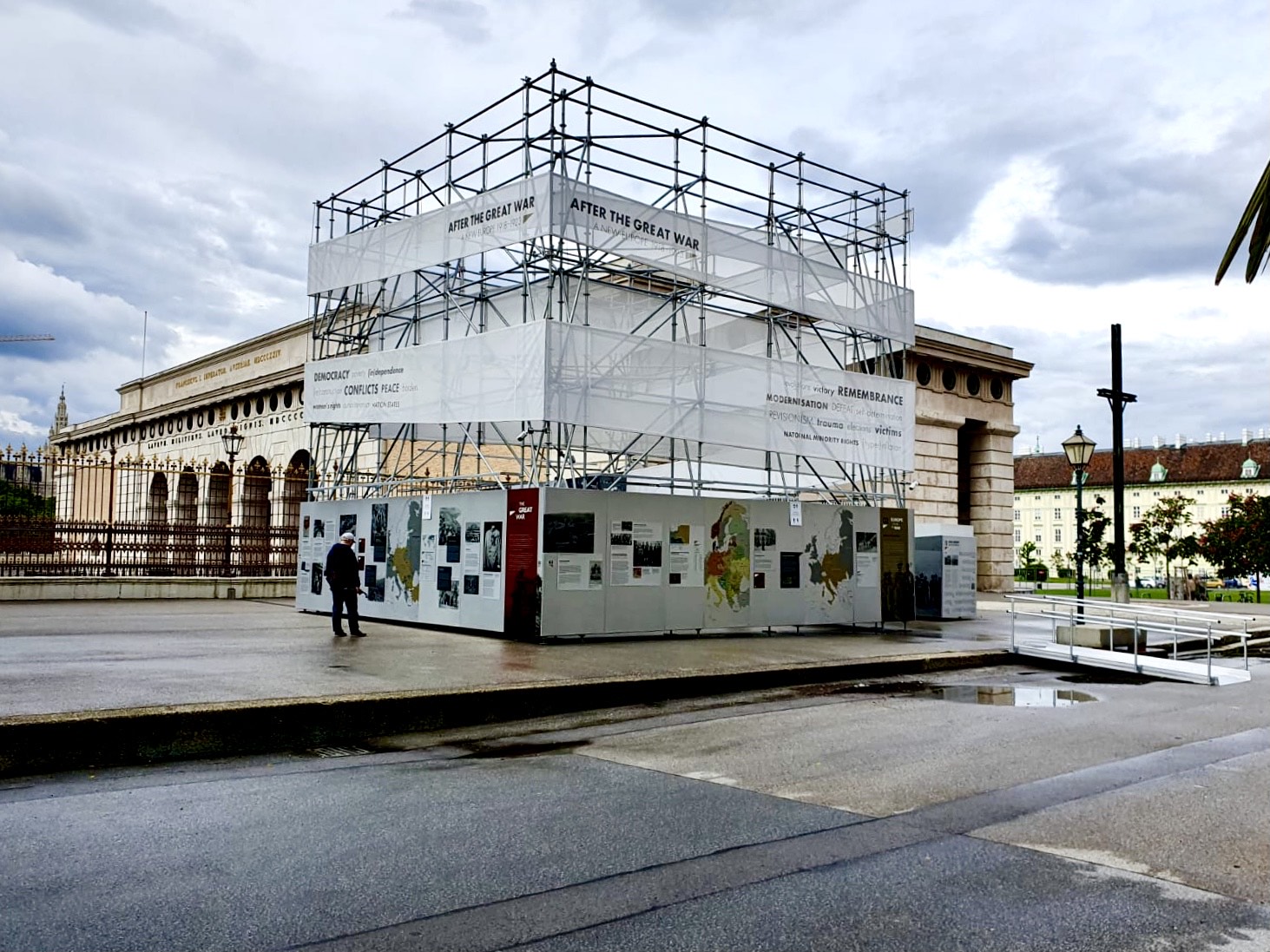 'After the Great War' exhibition opens in Vienna

Our travelling exhibition "After the Great War. A New Europe 1918-1923" is now open to the public in its new location: historical square Heldenplatz in Vienna. It will be on display until 2 July 2021.


The exhibition focuses on the turbulent period of the first five years after the Great War. It portrays the immense scale of political, cultural and social transformations, as well as highlights the differences in both the post-war experiences of various national communities, and resulting contemporary memories.

As part of its international tour, the exhibition "After the Great War. New Europe 1918–1923" has been on display for three years now. Thus far, it has been viewed in Czechia, Bosnia and Herzegovina, Slovakia, France, Germany and Poland. The presentation in Vienna will be the first visit of the exhibition in Austria, an observer country of the European Network of Remembrance and Solidarity.