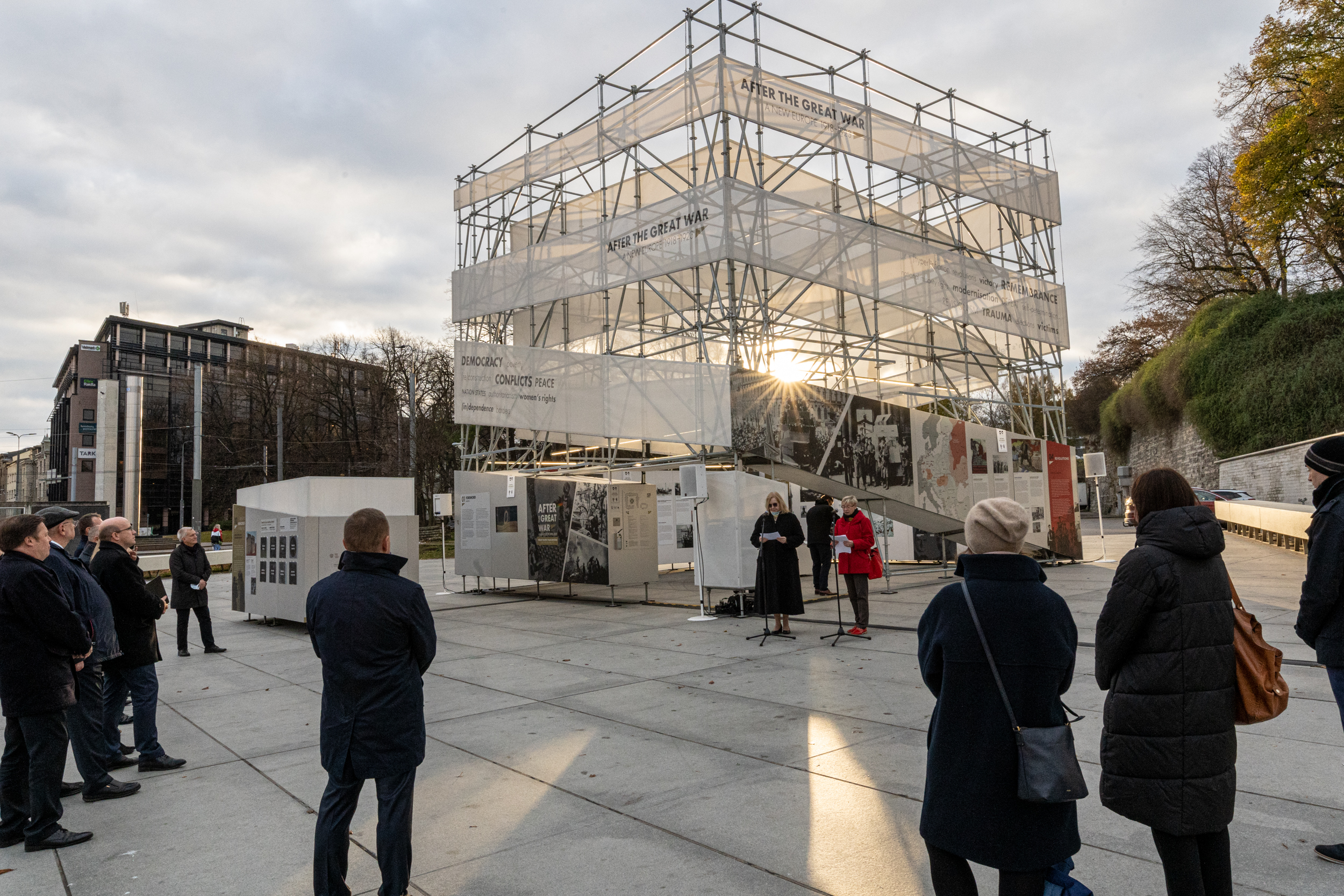 'After the Great War' officially presented in Tallinn

On 25 October our travelling exibition 'After the Great War' was officially presented in the Estonian capital.

The event brought together representatives of ministries and embassies of the ENRS member countries. The honorary guest of the presentation was Mrs Maris Lauri (Minister of Justice of the Republic of Estonia).

'Here, at the Freedom Square, we are standing just meters away from the War of Independence Victory Column, which brings back the memory of the sacrifice that led to the establishment of an independent Estonian state in 1920. I hope the history commemorated by this monument and the history told in our exhibition can enter into dialogue and complement each other' - said the director of ENRS, Mr Rafał Rogulski.

The exhibition is open for vistors for free, every day until 4 November.Current location of the display is also this year's last stop of the exhibition.

The exhibition in Tallinn could not take place without the help from our local partners. We want to express our warmest thanks to Eesti Mälu Instituut and Embassy of the Republic of Poland in Tallinn.