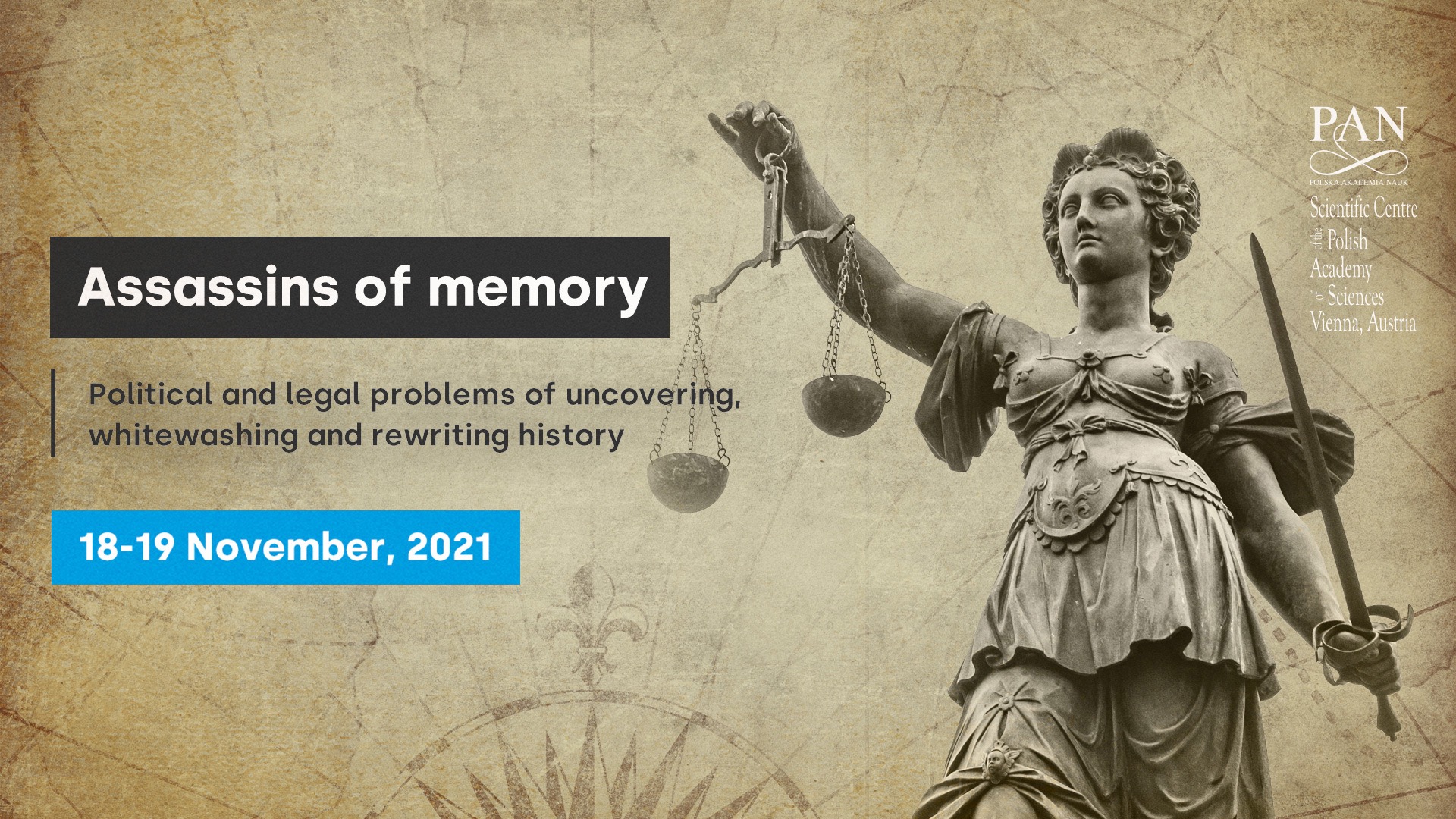 'Assasins of Memory' conference in Vienna starts next week

On 18-19 November (Thursday-Friday) 2021, an international conference 'Assassins of Memory. Political and legal problems of uncovering, whitewashing and rewriting history' will be held in the capital of Austria. The event is organised Polish Academy of Sciences - Scientific Centre in Vienna. The ENRS is one of the partners of the Conference.

The conference will provide philosophical, political and legal input to the discussion of politics of history and the broader aspect of memory as an essential part of political strategic planning. The problematic aspects of individual countries’ history and the politicians' exploiting them in public discussion are part of a particularly heated debate in contemporary Europe, where facts have to face their public reinterpretation. The perception of history may be influenced by both the mental dimension - as an element of political discourse, and the legal dimension - as changes in law consolidating certain officially recognized states. These practices may influence the perception of history both positively (as preserving certain inviolable facts) and negatively (whitening the history, rewriting it, highlighting only selected elements). The issue of transitional justice will be at the centre of the discussion.

Learn more about the Conference and its programme here .