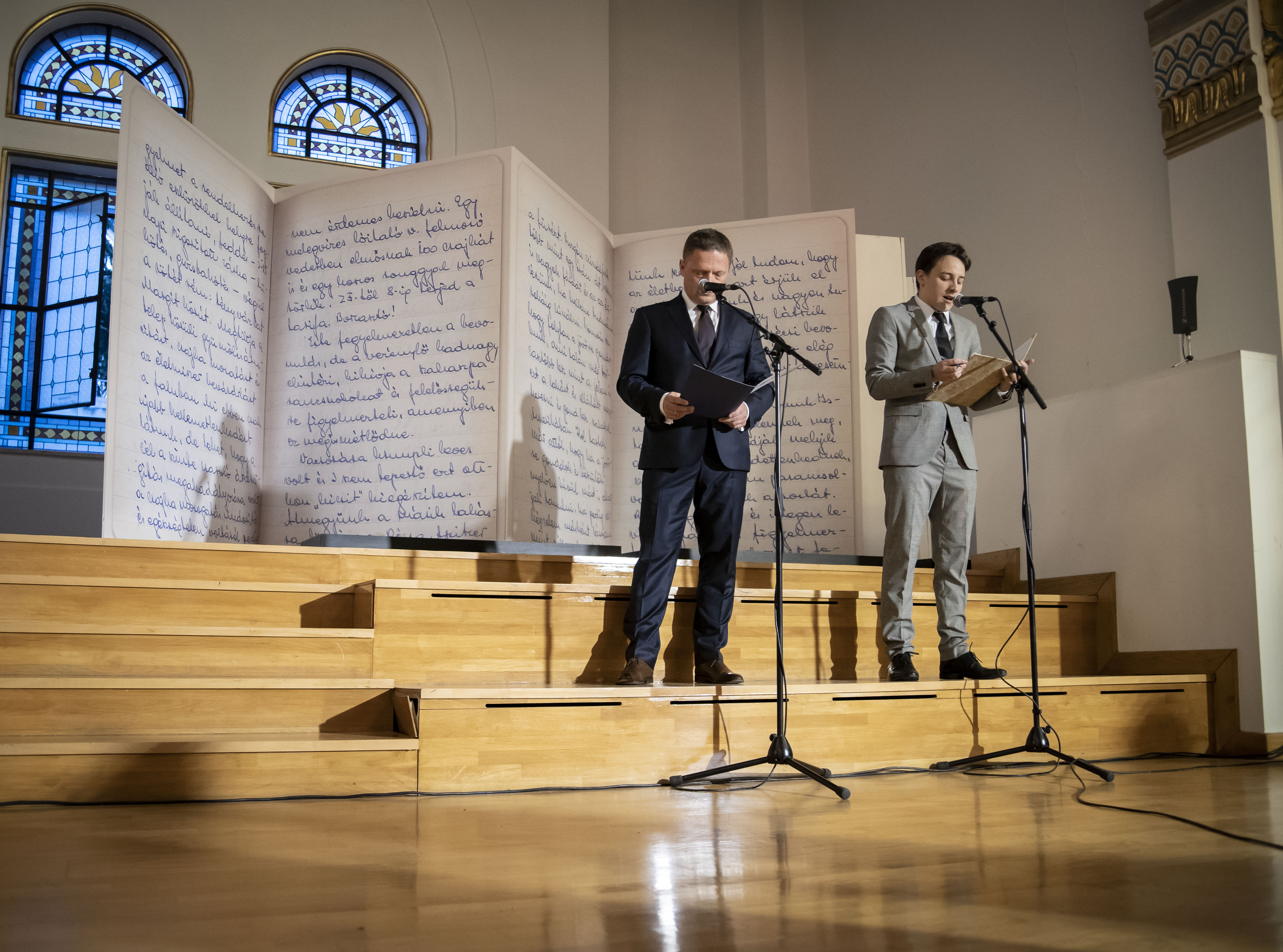 "Between Life and Death" exhibition has opened in Budapest

"Between Lfe and Death. Stories of Rescue During the Holocaust" exhibition has opened in Budapest, where it will be staying until 15 December. The exhibition is being presented in the Pava Street Synagogue, an authentic historic venue that once used to be the second largest Jewish site of worship in Budapest and which today is linked to the modern building of the Holocaust Memorial Center.

The exhibition ‘Between Life and Death. Stories of Rescue During the Holocaust’ presents accounts of Holocaust survivors and their rescuers from eleven European countries: Croatia, Denmark, France, Germany, Hungary, Lithuania, The Netherlands, Poland, Romania, Slovakia, and Ukraine. The Hungarian panel of the exhibition features stories of Zoltan and Iren Fisch and their sons, Robert and Paul – a Jewish family who suffered from persecution but received help from Anna Tátrai, a Catholic and a former nanny of the boys. The second story is of Gizella Csertán, a young girl who managed to arrange a shelter for three Jewish women and a baby for a few months and provided them with false baptism certificates, thus enabling them to survive the war. Both Anna Tátrai and Gizella Csertán were eventually recognized as Righteous Among the Nations. The Hungarian panel has been developed with a substantive contribution from the Holocaust Memorial Center.

The opening ceremony started with a welcome speech from Dr Tamas Kovacs, the director of the Holocaust Memorial Center, who began with an attempt to address the important question about what is the true meaning of this display and his answer was that its most fundamental aim is to make the viewer wonder about what it really means to be a human being. He also stated that those who were saving Jews during the Second World War were people who were just taking the Bible seriously.

Mr Rafał Rogulski, the director of the ENRS, who was second to take the floor, listed many people acting jointly or individually, who were engaged in saving Jews: from the unique on the European scale Polish organization Żegota to diplomats from many countries, even the ones that collaborated with the Third Reich, who managed to take advantage of their position to save as many human lives as possible. He didn’t fail, however, to stress that those people were exceptions and the major patterns of behavior were very different, and we must remain aware of that fact.

Dr Zoltan Marusza, who represented the Hungarian Ministry of Human Capacities, as well as the Advisory Board of the ENRS, spoke last. He began with bringing the idea behind the ENRS closer to the public. He portrayed this initiative as an important and useful platform of dialogue between countries of the East-Central European region, who have a lot to discuss between themselves as their approach to many issues, especially related to recent history, tends to be very different. Then he moved to the topic of the exhibition, referring to the Holocaust as the greatest tragedy of all. He anticipated that the exhibition would be viewed by thousands of students in Hungary and concluded that it delivers the young people valuable role models whom, however, we will hopefully never need again.

The exhibition can be seen at the Holocaust Memorial Center till 15 December.

Read more about the display