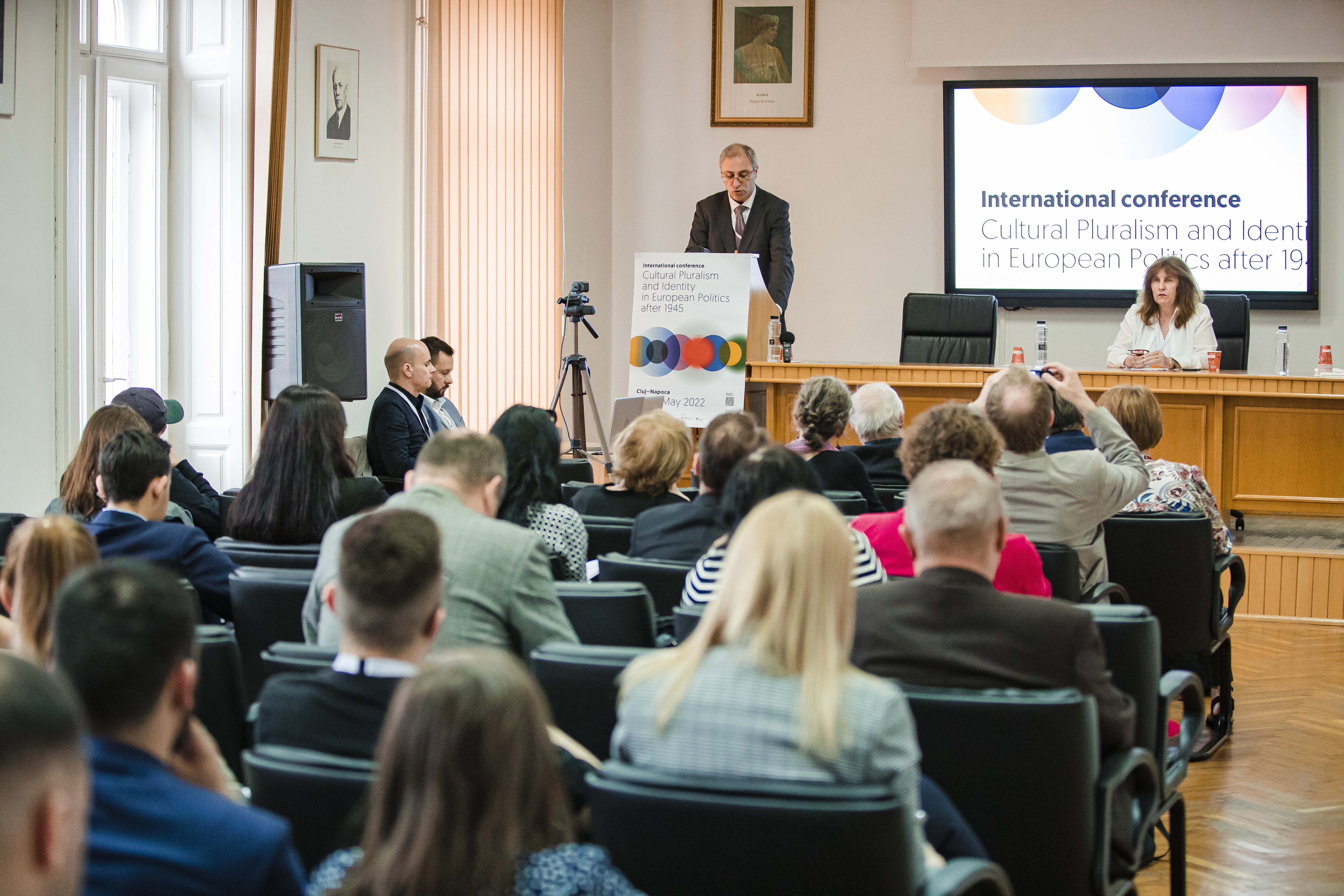 “Cultural Pluralism and Identity in European Politics after 1945”: conference report

From 17 to 19 May, the Faculty of History and Philosophy of the Babeș-Bolyai University in Cluj–Napoca (Romania) hosted the international conference “Cultural Pluralism and Identity in European Politics after 1945”. The event was organised by the university and the Institute of European Network Remembrance and Solidarity in partnership with the German Federal Institute for Culture and History of the Germans in Eastern Europe and the Hungarian Committee of National Remembrance. Participants discussed regional entanglements, the processes of democratisation, and the very concept of Europeanness. Reflections on the concept of European identity, especially from a Central European perspective, were facilitated by the transnational atmosphere of the city of Cluj-Napoca.

We encourage you to read a report written by one of the participants, Olga Gontarska (PhD), a member of the (De)constructing Europe project team, available at the link

Read more about the conference