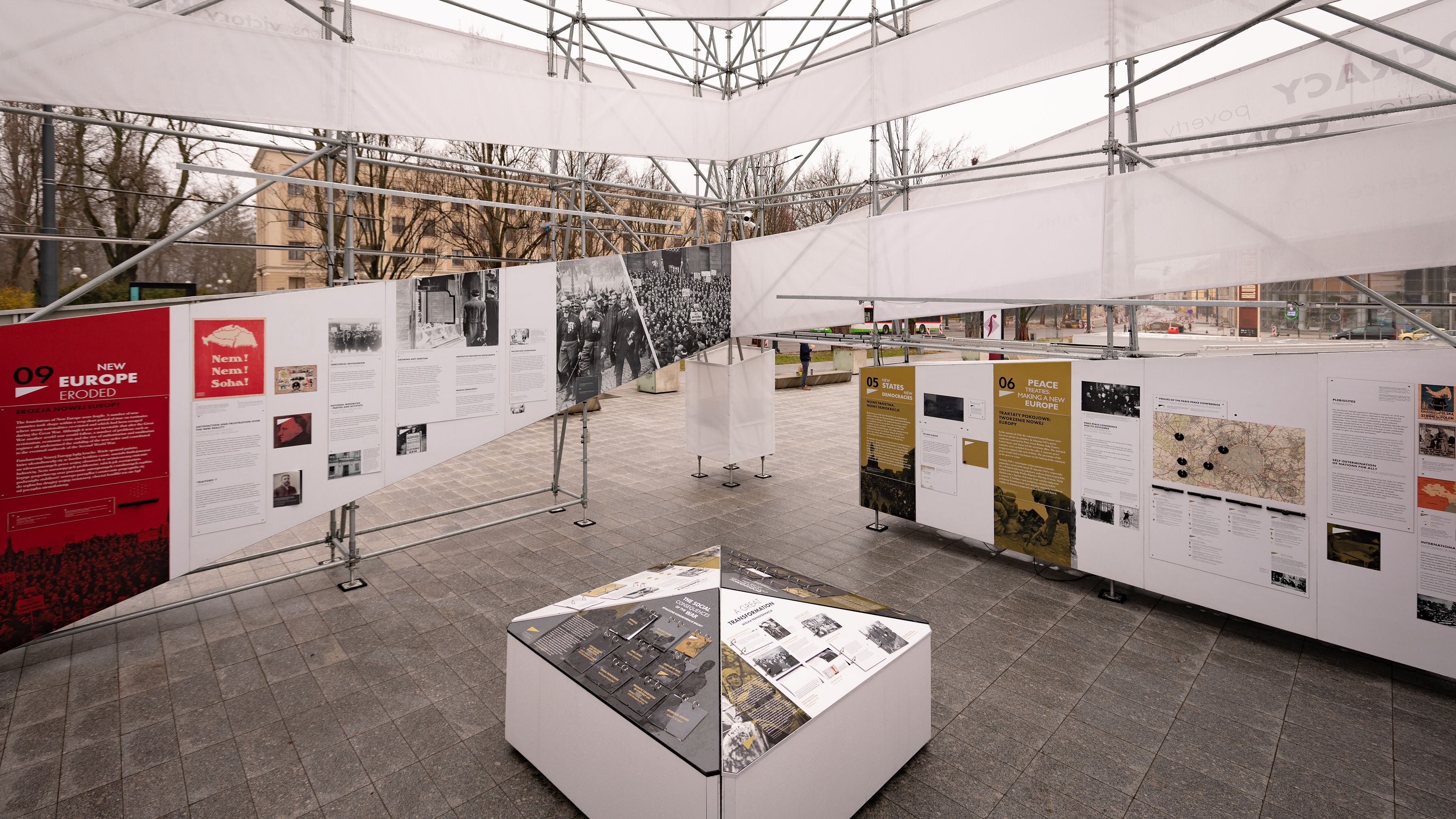 The journey of our travelling exhibition ‘After the Great War’ leads through significant European cities. Each of them was the site of important events or witnessed social changes in the interwar period and each has its own, unique story worth telling. With that thought, we start a new series of podcasts called ‘Dialogues on 20th Century History’, intended to show the ways in which the host cities’ past connects with the theme of the exhibition.


We invite you to listen to the first episode of the series. ‘After the Great War – Lublin: multiculturalism and new countries in 1918’ is dedicated to the city which currently hosts our exhibition. The podcast will take you on a journey through Lublin of the 1920s. The city, a peculiar melting pot of cultures, religions and traditions, hides remarkable stories, which will be uncovered in conversations with professors, architects and city lovers.

Podcast is available in Polish and English.

Listen to the episode:


The series ‘Dialogues on 20th Century History’ is produced by Free Range Productions.

After the Great War – Lublin: multiculturalism and new countries in 1918” was created with the support of the Federal Institute for Culture and History of the Germans in Eastern Europe (BKGE).


Read more about the exhibition