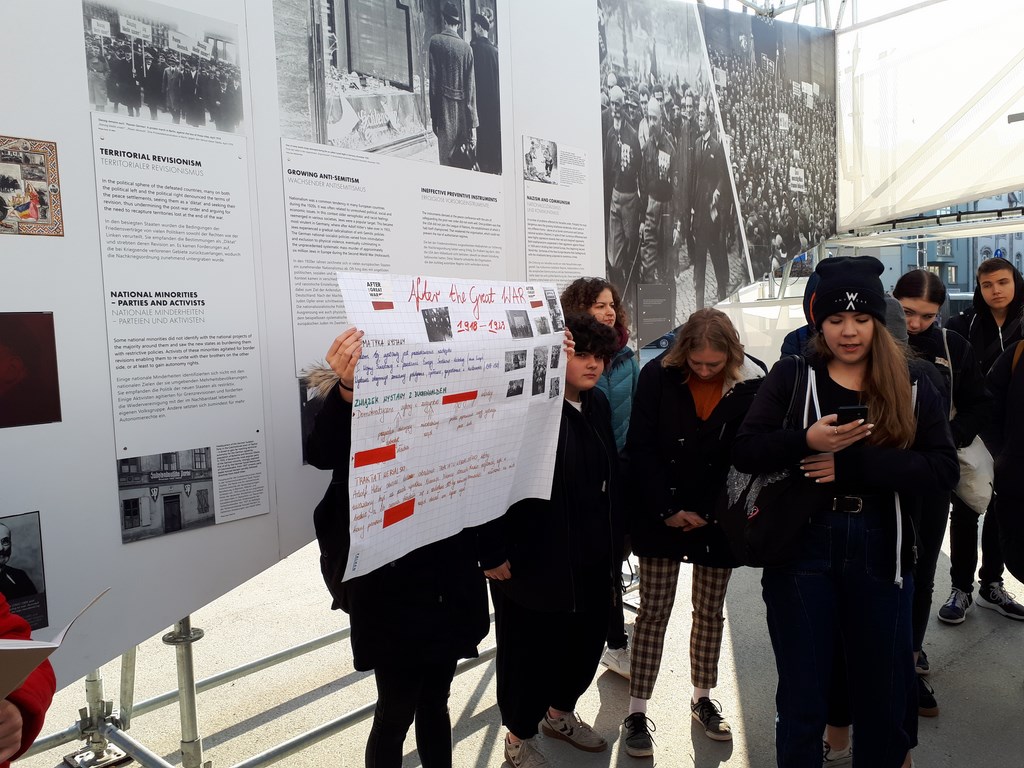 An educational workshop for high-school students has been held at the "After the Great War. A New Europe 1918-1923" exhibition in Weimar on 12 and 14 November.

The young participants were encouraged to reflect on the diversity of various national perspectives referring to subjects included in the display, such as social changes after the Great War or change of borders in Europe. By doing so, they could further develop their critical thinking skills and get acquainted with the basis of the historical research framework (analysis of memoirs, maps, diagrams and photos).

The learning activities were carried out by history teachers from Poland and Germany as a part of a German-Polish youth exchange for students from Wilhelm Witthoff High School in Münster and Johann Wolfgang Goethe High School in Warsaw.

The workshops were conducted using educational materials dedicated to the display and methods developed by the ENRS, which have been previously evaluated during a meeting with teachers and educators in Verdun in September this year.

The workshops have been organised with the support of the Europe for Citizens programme of the European Union.