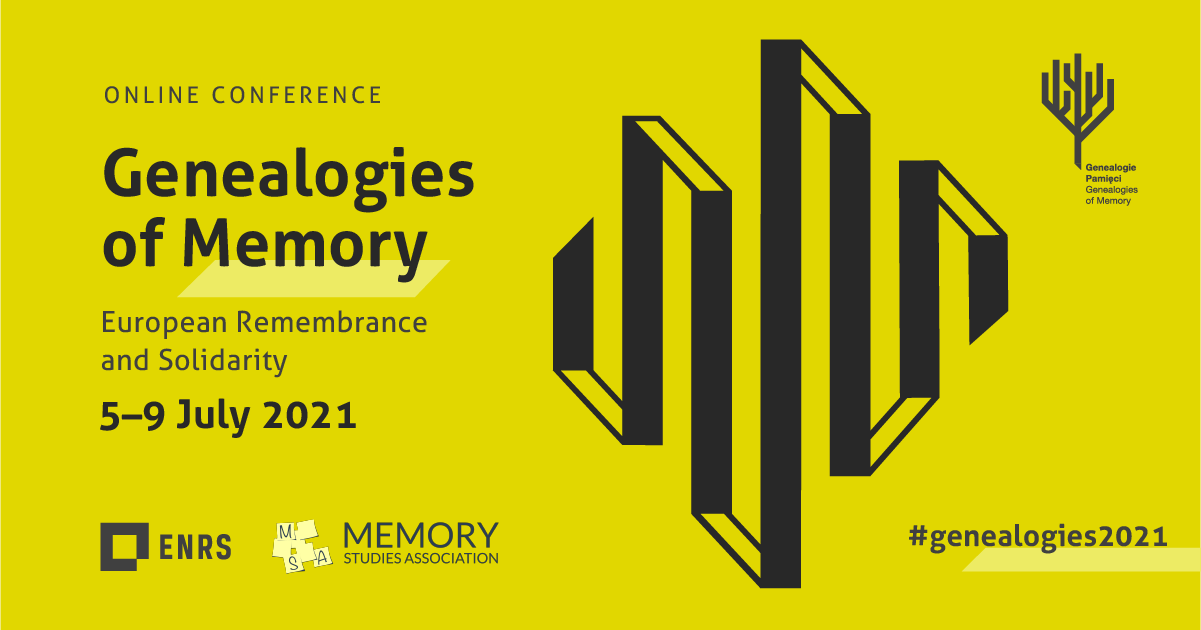 This year 'Genealogies of Memory' is organised as a part of the 5th annual Memory Studies Association online conference. The highlight of the conferece, a debate between Ivan Krastev and Marek Cichocki titled "European Memory and Politics: A Crisis of What?" took place on 7 July. The debate is now available on the ENRS's YouTube profile.


The highlights of day 2:


Genealogies of Memory is a project of European Network of Solidarity and Remembrance that aims to facilitate intelectual exchange between Central and East European scholars of individual and collective memory, as well as promote their work on the international academic staget. The focus of this year’s edition is placed on three interconnected topics: European memory, European studies as memory studies, and Central- and Easter-European examples of the regional European memories. Scholars of the region, which was so dramatically shaped by its totalitarian, genocidal, post-imperial, and post-war past will speak on the theory and practice of studying mnemonic landscapes full of entangled and often conflicting memories.

Register for the MSA conference as non-presenting participant

Watch Cichocki-Krastev debate on You Tube