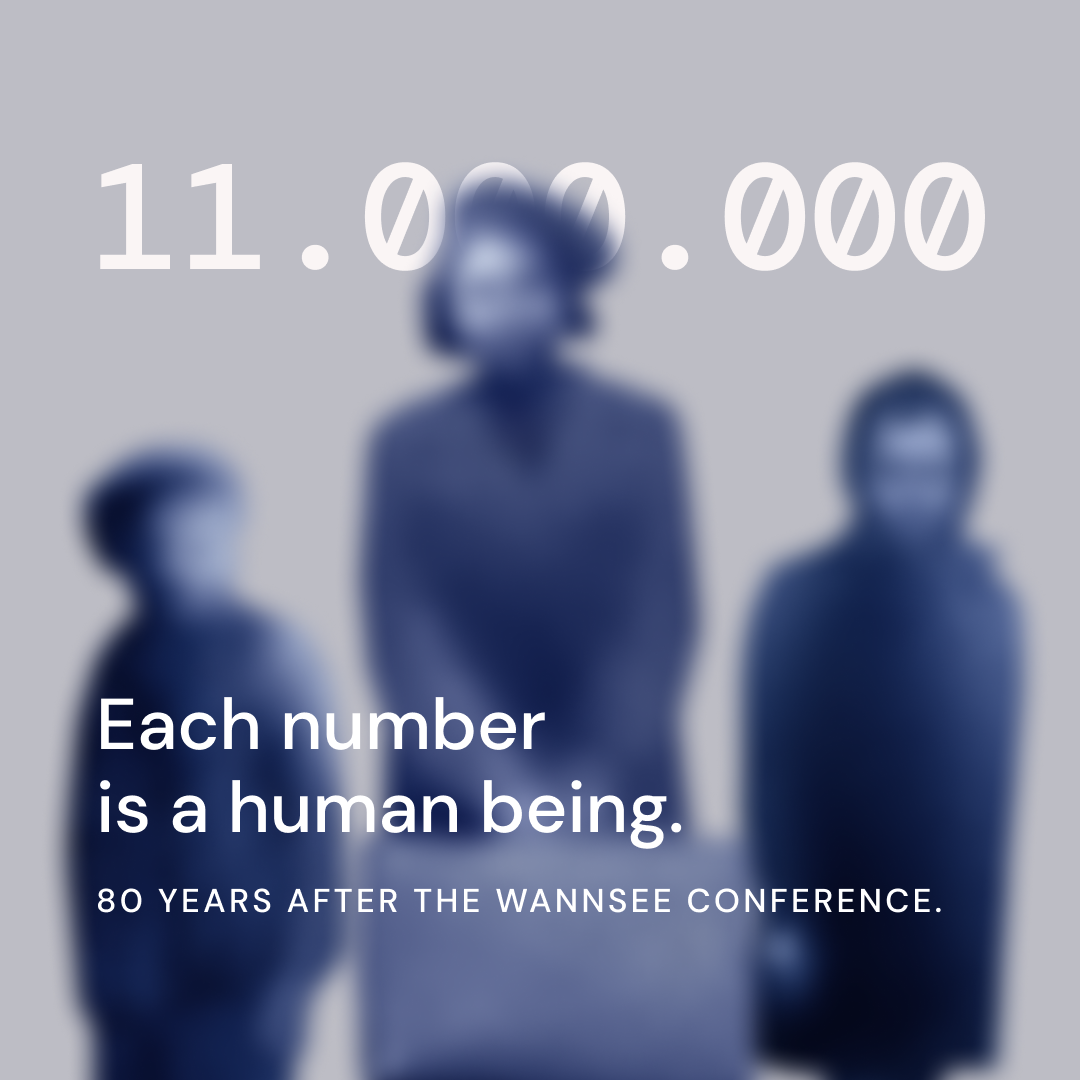 Interactive infographic on the 80th anniversary of the Wannsee conference

20 January 2022 marks the 80th anniversary of the infamous Wannsee Conference.The anniversary has prompted the European Network Remembrance and Solidarity and the House of the Wannsee Conference to create an interactive infographic illustrating the ‘Final Solution to the Jewish Question’ planned by the Nazis.

What exactly happened 80 years ago at the villa on Großer Wannsee? On 20 January 1942 15 high-ranking officials of Nazi Germany met at a villa in a Berlin suburb in order to discuss mass extermination of European Jews. The decisions made during the conference held there determined the tragic future fate of millions of people in the course of the Second World War.

In order to recall the event and its consequences, the House of the Wannsee Conference and the ENRS have prepared an international project entitled Statistics and Catastrophe. Questioning Eichmann’s Numbers the outcome of which is an interactive infographic that focuses on page 6 of the Conference Protocol. The statistics presented by Adolf Eichmann to the Nazis at the Wannsee Conference includes a list of European territories together with detailed estimates of the number of Jews living in each of them. In total, it amounts to more than 11 million people to whom the ‘Final Solution’ was to be applied.

Go to the infographic


Read more about the Wannsee Conference