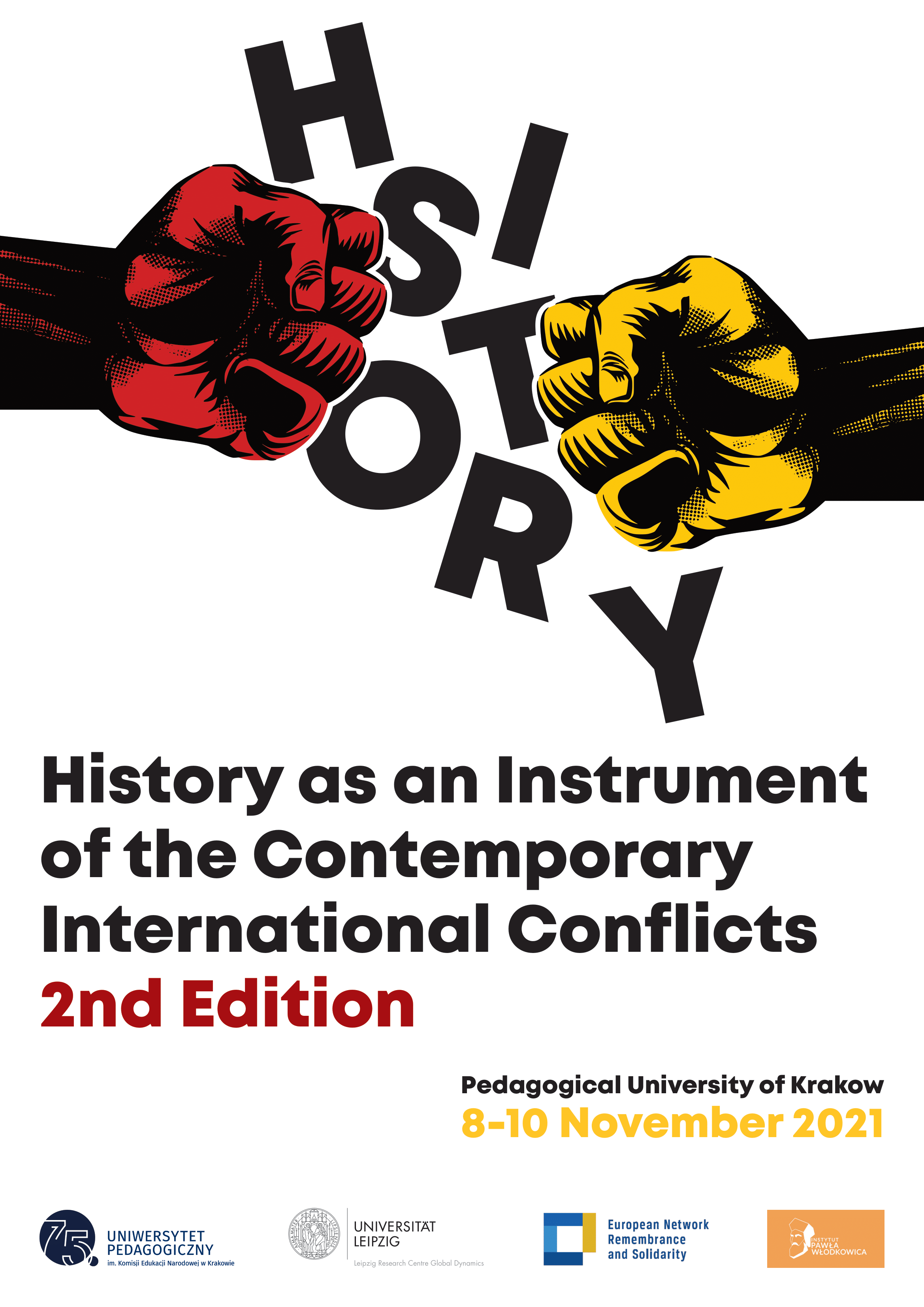 A second edition of the international scientific conference "History as an instrument of contemporary international conflicts" organised by Pedagogical University of Cracow will take place on 8-10 November in Cracow. The ENRS is a partner of the event.

How does memory of past injuries or successes become a part of political narrative in a society? How does history influence international politics?

Treated as a subject or as an instrument, past historical events do not only shape national myths and believes, but also have a substantial impact on the direction of the contemporary politics. At times, they turn out to be the tools used for increasing conflicts between nations.

Such a broad topic requires a comprehensive scientific perspective, therefore organizers of the conference want to invite along with historians specialists in different fields, such as political science, sociology, psychology, social anthropology and many more.

The organisers wish to:
- identify and compare conflicts of this kind;
- propose a typology of such conflicts;
- verify and interpret the thesis on the alleged increase of these conflicts in the world today;
- comprehend political, social, and psychological functions of historical conflicts;
- engage in an attempt to analyse them by using social science methods;
- familiarise ourselves with methods of solving conflicts in which history is employed as an instrument;
- indicate means to overcome traumatic historical experiences that have burdened international relations even decades later;
- discuss further directions of evolution of studies on conflicts in which history is used as an instrument.

The main organiser of the conference is Pedagogical University of Cracow.