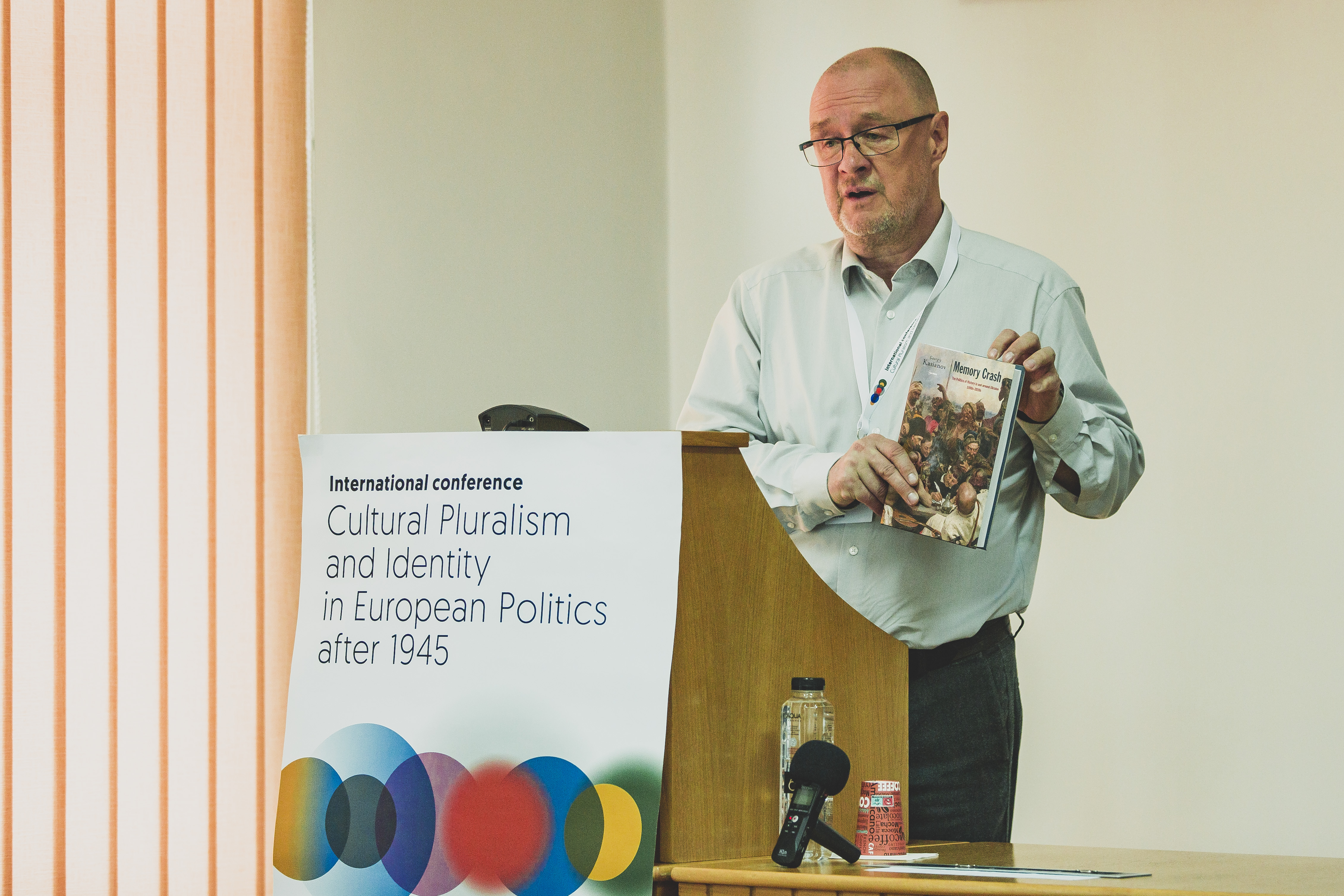 Lecture by Prof. Georgiy Kasianov on historical roots of the Russia war against Ukraine

Watch the transmission of Prof. Georgiy Kasianov's lecture 'History as a casus belli: the historical roots of the Russia war against Ukraine', inaugurating the conference organised by the ENRS and the Universitatea Babeş-Bolyai 'Cultural Pluralism and Identity in European Politics after 1945'

Professor Kasianov is one of the most eminent Ukrainian historians, whose research interests are the social, political and cultural history of Ukraine in the 19th and 20th centuries. His lecture on historical rooths of the Russia war against Ukraine, moderated by Prof. Gheorghe Cipăianu, was held in Cluj-Napoca on 17 May 2022.

You can watch it here

The conference 'Cultural Pluralism and Identity in European Politics after 1945' took place on 17-19 May in Universitatea Babeş-Bolyai. Its aim was to discuss the question of cultural (national, ethnic and religious) identities and their role in the domestic, transnational and supranational European policies and politics, from 1945 until now. Among the conference panelists were Georgiy Kasianov, Catherine Horel, Balázs Ablonczy, Liudmyla Pidkuimukha, Max Czollek and many more

Learn more about the conference.