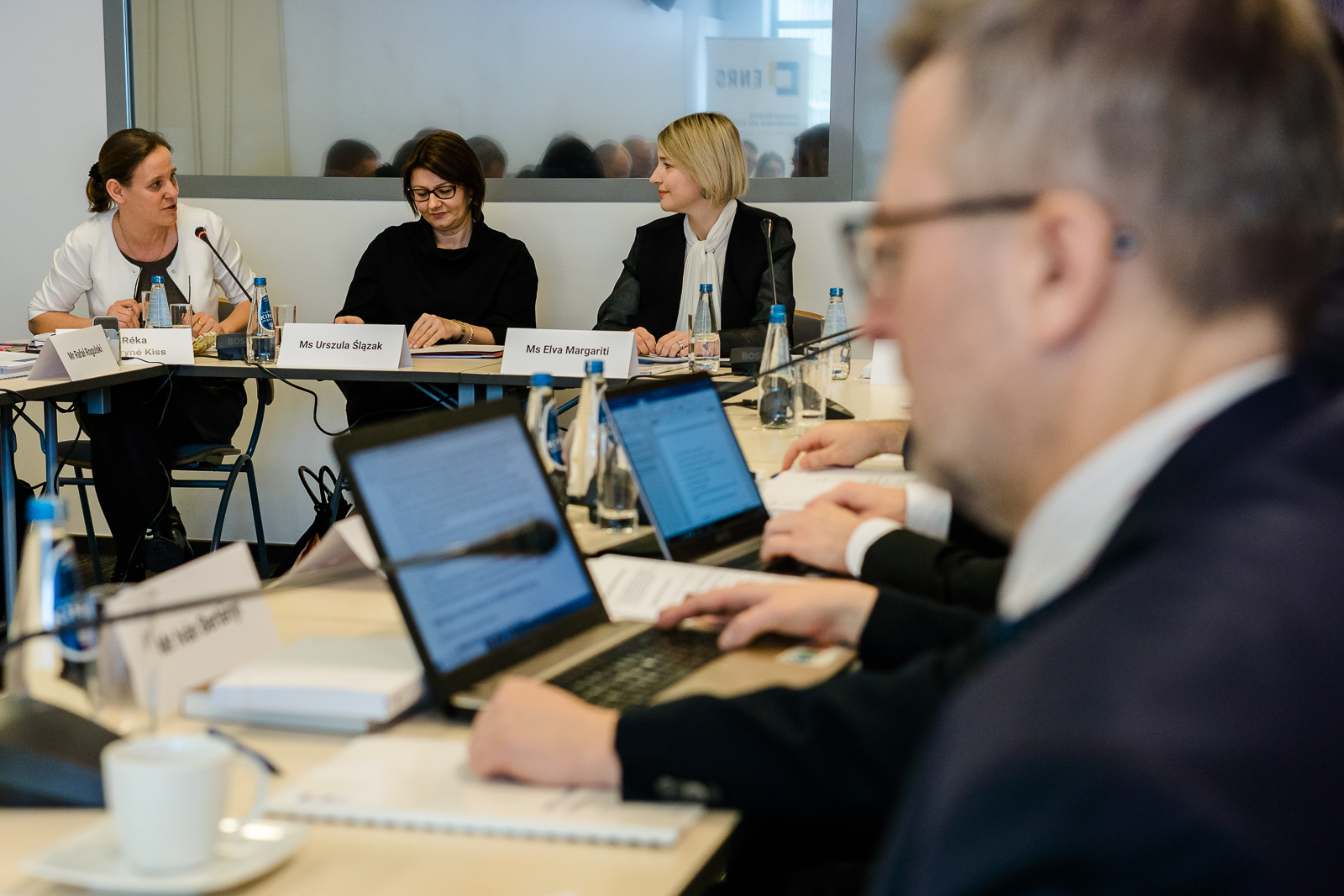 Ms Elva Margariti, Minister of Culture of Albania and Ms Urszula Ślązak, Director of the Department for International Cooperation at the Ministry of Culture and National Heritage of Poland, were guests at the annual ENRS assemblies meeting.

On 6-7 February 2020, 20 experts from eight European countries – representatives of academia, culture and politics – arrived in Warsaw to discuss the ENRS future plans. They were greeted by Ms Urszula Ślązak, Director of the Department for International Cooperation at the Ministry of Culture and National Heritage of Poland, who thanked the countries involved in the ENRS activities on behalf of the Secretary of State Jarosław Sellin. Ms Ślązak read out a letter in which Mr Sellin expressed hope for the Network's further development: "Born out of the discussions related to the remembrance of the most recent history in our part of Europe, the Network still remains a living and important project. There is no other, better way to overcome differences in the perception of the past, and to deepen the knowledge of the difficult moments of 20th-century history than international cooperation and respectful dialogue."

Ms Elva Margariti, Minister of Culture of Albania, also addressed the ENRS Assemblies by stressing the need for nurturing memory. "Today, 30 years after the fall of regime in Albania, Albanians are aware that there can be no future without the past" - she stated.

The meeting included both plenary sessions and separate meetings of the Academic Council and Advisory Board. Participants discussed strategic issues of the Network, such as an accession of the new member states to the ENRS, perspectives of the Network's development and thematic priorities for the years 2021-25. The challenges for the Network in the face of recent developments in international historical policy in Europe were also addressed. Moreover, seperate discussions dedicated to the development of multi-annual Network projects such as the European Remembrance Symposium, 'Remember. August 23' campaign and 'After the Great War' exhibition were held.