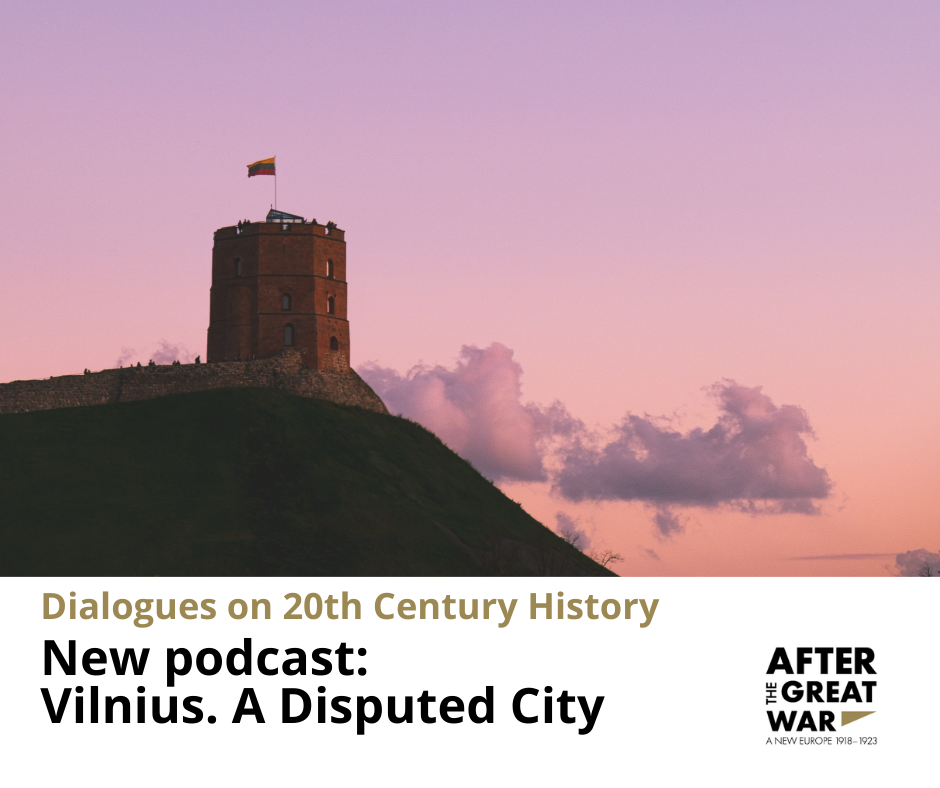 Listen to a new podcast from the 'Dialogues on 20th Century History' series! This time we present you the history of the Lithuanian capital: Vilnius.

Since late 19th and early 20th century the modern Lithuanian national movement had no doubt the capital of a new state should be established in Vilnius. After all, it was the biggest city in Lithuania and its historic capital. So when in 1922 Vilnius was attached to Poland, even though the majority of its inhabitants were Polish (the Lithuanian minority in interwar Vilnius represented only about 1% of the total population of the city), it was perceived in Lithuania as an occupation. The loss of this city became a collective trauma that deeply affected Lithuanian identity.

Do you want to know more? Listen to the full episode:


The podcast, produced by our partner Free Range Productions was created as a part of the 'After the Great War' exhitbion's visit in Vilnius.