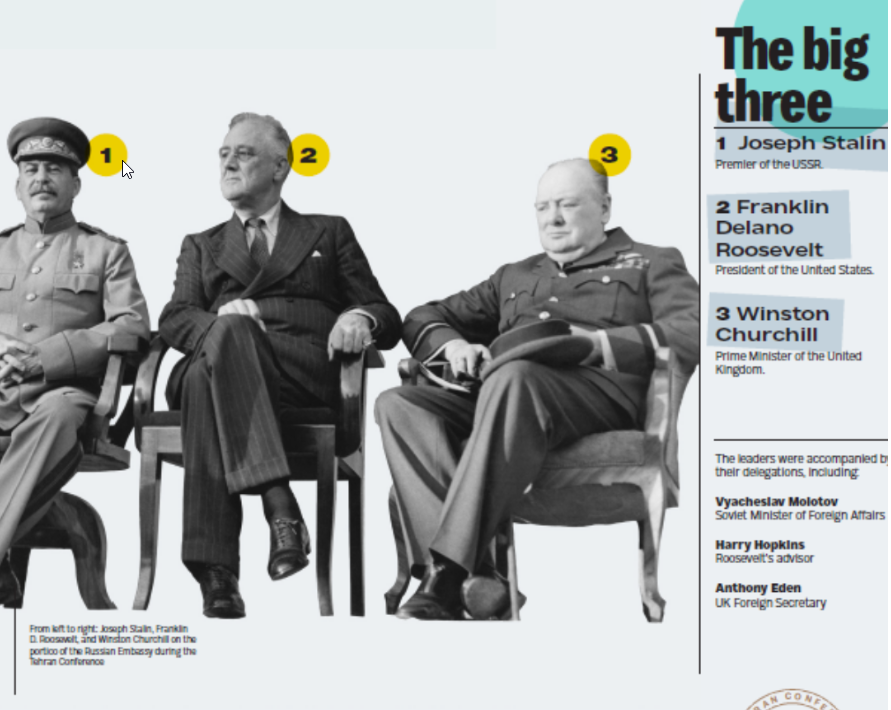 What connects Tehran, Yalta and Potsdam? What do you know about the Big Three conferences? Where were the postwar European borders agreed? Did Stalin, Churchill and Roosevelt participate in all of the conferences? Find out more by checking our new infographics!

European Network Remembrance and Solidarity together with Georg-Eckert-Institut prepared 3 infographics about the Big Three Conferences to mark the 75th anniversary of the end of the Second World War. The infographics are funded by the Federal Government Commissioner for Culture and the Media upon a decision of the German Bundestag.

Learn more about the infographics