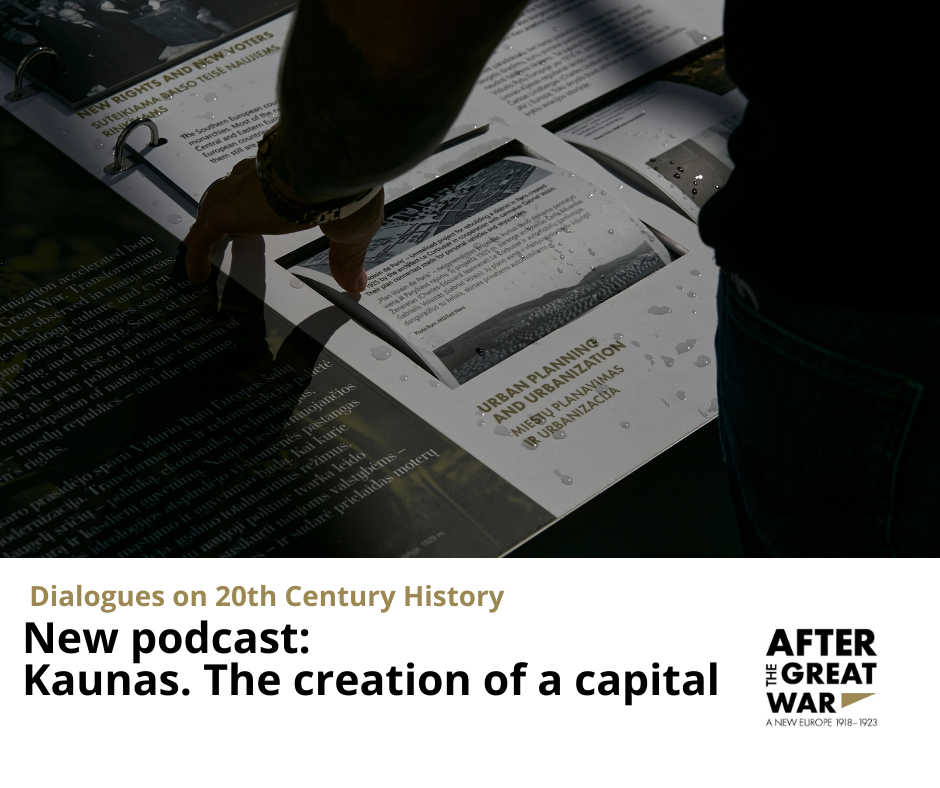 New podcast: 'Kaunas. The creation of a capital'

A new episode of our podcast series ‘Dialogues on 20th Century History’ has been released. This time it is dedicated to the non-obvious history of the Lithuanian city of Kaunas.


Shortly after the First World War, this relatively small city was proclaimed the temporary capital of the new Lithuanian state. Yet, when does temporariness end? Listen to the podcast


Our podcast series ‘Dialogues on 20th Century History’ aims to present the unique stories of the exhibition "After the Great War" host cities. The last episodes were devoted to the previous stops of the display: Polish city of Lublin and the capital of Austria: Vienna.

The series is produced by our partner Free Range Productions.