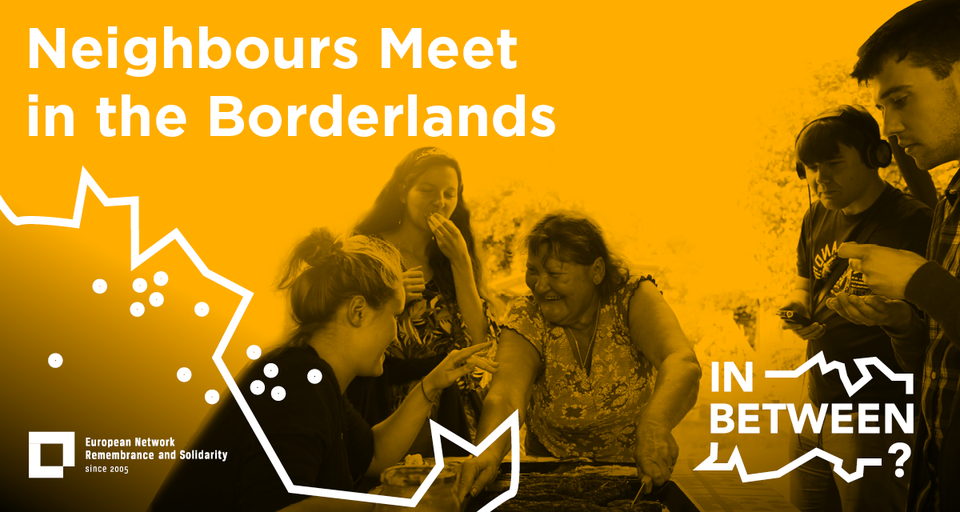 Participants of 'In Between?' discover the voice of the borderland

The history of Central and Eastern Europe borderlands is exceptionally turbulent. The Holocaust, ethnic cleansing and forced displacement after World War II led to profound demographic changes and the loss of memory of what these areas originally looked like. From 4 to 11 September, young people from Germany, Poland, Slovakia and Ukraine will take part in the "In Between?" project, whose aim is to discover the cultural heritage of these regions. Participants will conduct interviews with witnesses to history and create podcasts about the specificity of the borderlands. The program is organised by the Institute of the European Network Remembrance and Solidarity (ENRS).

This year, the sixth edition of "In Between?" is called "Neighbors meet in the borderlands". Participants from four countries will be divided into three bi-national teams that will embark on study visits to the German-Polish, Polish-Slovak and Polish-Ukrainian borderlands. During their week-long stay, the groups will create podcasts about the history and life of the inhabitants of the border areas. Upon completion of the project, the recordings will be made available on the ENRS website as well as Spotify and Simplecast platforms.

"In Between?" is a program aimed at students interested in the subject of European border regions. As part of the project, participants learn to conduct oral history research , digitise archives and prepare photographic documentation under the supervision of recognised international specialists. After the workshops, there are study visits, during which young people meet members of the local communities. The first edition of "In Between?" took place in 2016. The program is carried out annually, each time in a different region of Europe. In 2018, In Between? received a special mention of Europa Nostra Award.

More about the project.