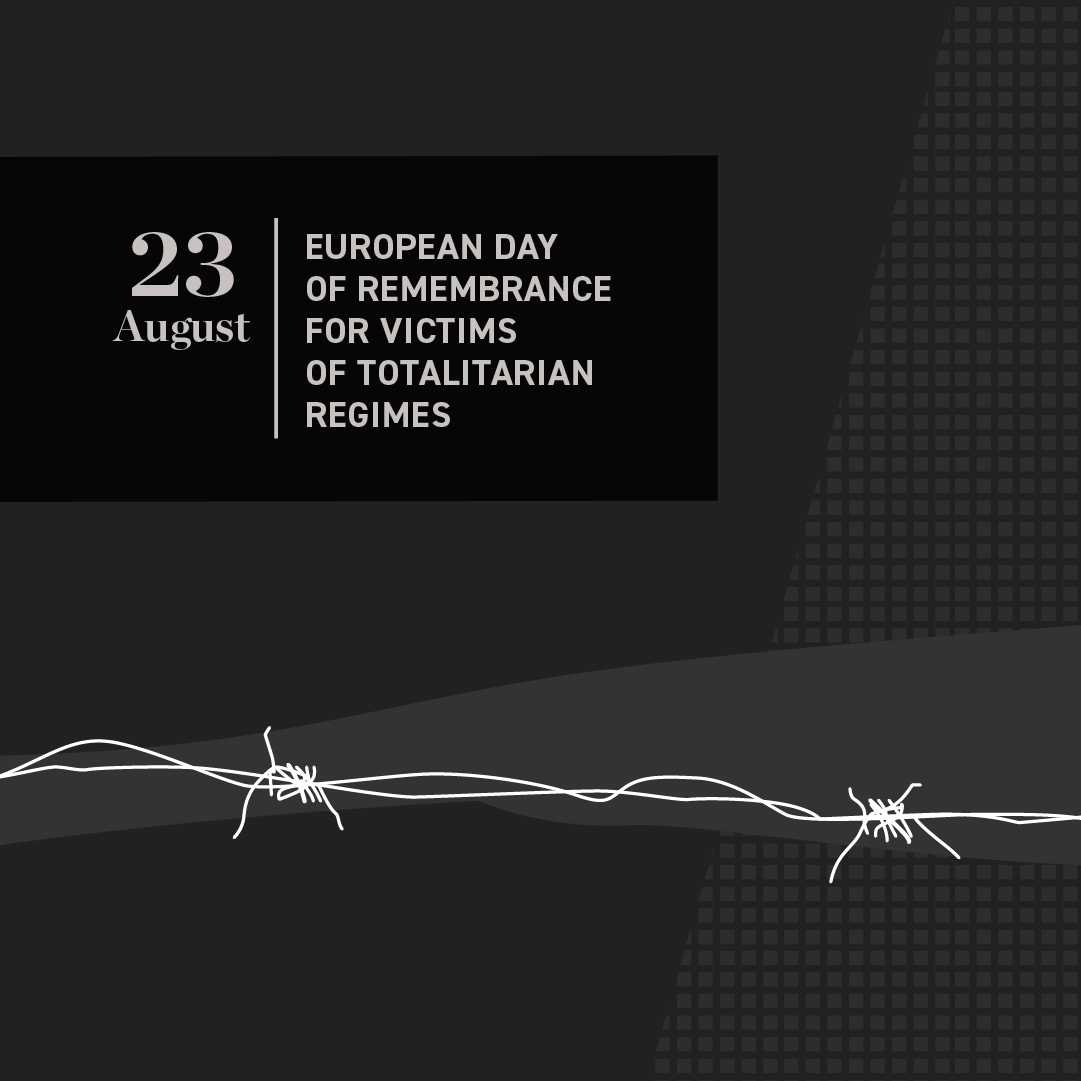 23 August marks the European Day of Remembrance for Victims of Totalitarian Regimes proclaimed by the European Parliament in 2008. On this day in 1939, just before the outbreak of the Second World War, the Third Reich and the Soviet Union signed an agreement known as the Molotov-Ribbentrop Pact. It gave rise to a tragedy for millions of people. The European Network Remembrance and Solidarity (ENRS) is once again organising the international public educational campaign Remember. August 23 which brings the significance of those events closer to contemporary Europeans.

Short films which recall the individuals who experienced totalitarian violence, commemorative black ribbon pins, as well as an article on the contemporary controversy surrounding the Molotov-Ribbentrop Pact by the renowned British historian Roger Moorhouse, are just some of the activities of this year’s edition of the campaign delivered by the ENRS.

The ENRS’s initiative is joined by the European museums and memorial sites. On 23 August, visitors to the Auschwitz-Birkenau Museum, the Museum of the Second World War in Gdańsk, the House of European History in Brussels, the Museum of the Occupation of Latvia in Riga and the Nation’s Memory Institute (UPN) in Bratislava will receive a pin with the inscription ‘Remember. August 23’.

The film spots will be shown on social media and public television channels in Romania, Czechia and Poland. The three premiered films present profiles of individuals whose fates become a starting point for reflection on moral values, civic attitudes and various forms of resistance. The protagonists of the ‘Remember. August 23’ campaign teach us that it is necessary to call a lie by its name as becoming aware of the truth brings liberation (Doina Cornea). They explain that freedom can also be found in reading and imagination (Ieva Lase), and that in the pursuit of reconciliation, dialogue is key, including that about trauma (Władysław Bartoszewski).

As part of the campaign, posters with the profiles of selected protagonists from previous years’ film spots - Kazimierz Moczarski, Mala Zimetbaum and Edward Galiński - will appear on the streets of Warsaw. Thanks to QR codes, the posters will refer to the short films dedicated to their stories.

In addition, an article by the British historian Roger Moorhouse in which the author analyses why Western Europe is reluctant to remember the Molotov-Ribbentrop Pact will be published on our website on 23rd August. The article will also appear in online editions of selected European dailies.

This year’s Remember. August 23’ campaign takes place in the shadow of the war in Ukraine, a tragedy affecting hundreds of thousands of people injured, murdered, imprisoned, deprived of their property and forced to flee by the Russian aggressor. On the day of yet another anniversary of the signing of the criminal Molotov-Ribbentrop Pact, we should remember not only the millions of victims of the 20th-century totalitarianisms, but also the inhabitants of Irpin, Borodyanka, Bucha or Mariupol.

Learn more about the campaign
Watch the films