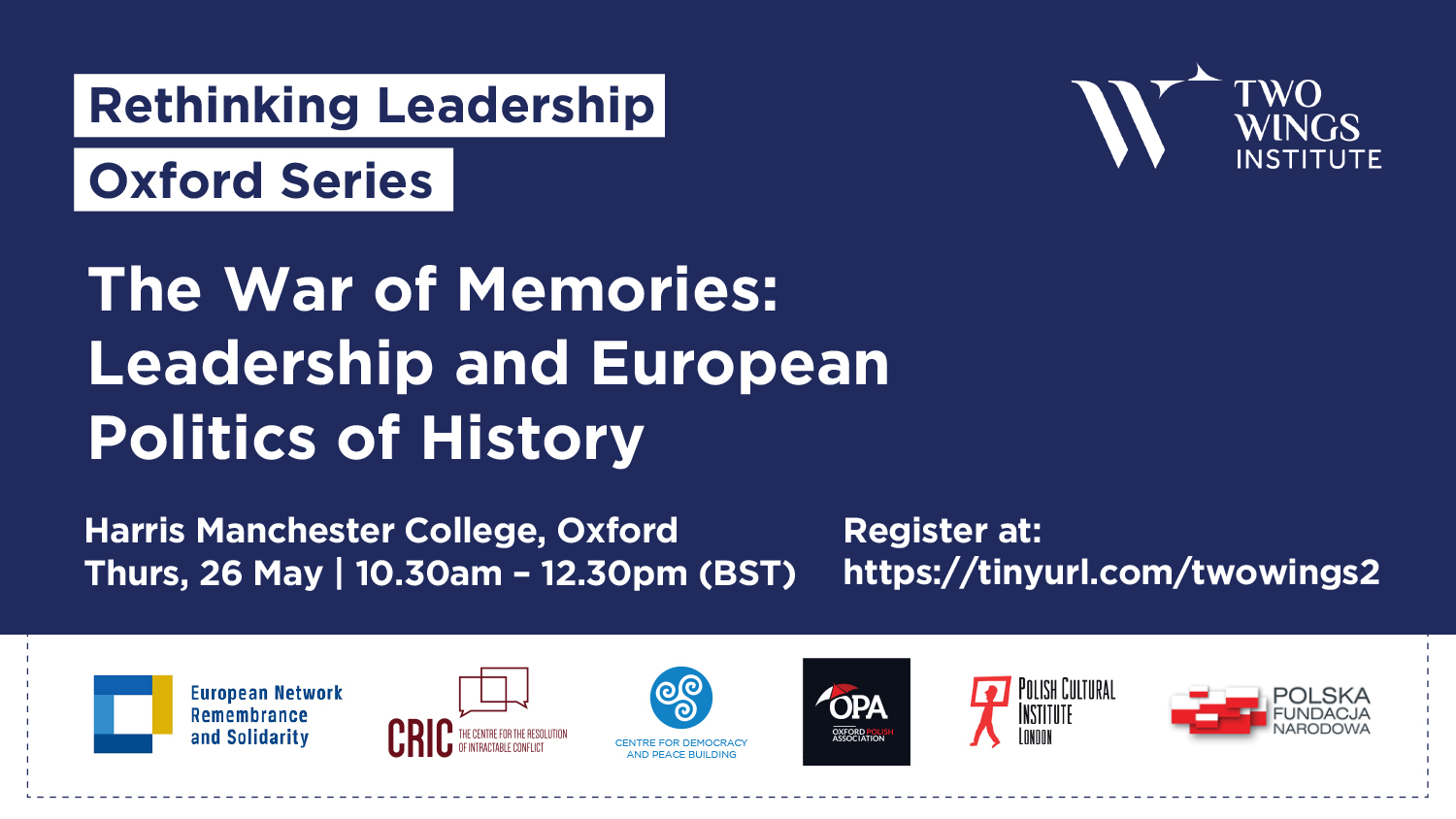 The second Oxford leadership seminar with the ENRS

We invite you to join the second Oxford leadership seminar 'The War of Memories. Leadership and European Politics of History' which we are pleased to co-organise together with Two Wings Institute. The seminar will be held on 26 May at 10.30am - 12.30 pm in Harris Manchester College.

The seminar is the second of six meetings within the framework of "Rethinking Leadership. Oxford Series". Its aim is to to seek richer models of leadership that take into consideration the importance of culture and collective memories in international relations. The European and Central European perspectives will be viewed against the current changing frameworks of memory geopolitics and dominating mnemonic discourses.

You can join the event onsite or via ZOOM. Learn more and register here

This event is co-organised by the Two Wings Institute and the ENRS in partnership with the Oxford Centre for the Resolution of Intractable Conflict, Centre for Democracy and Peace Building, Oxford Polish Association and the Polish Cultural Institute in London, and co-financed by the Polish National Foundation.