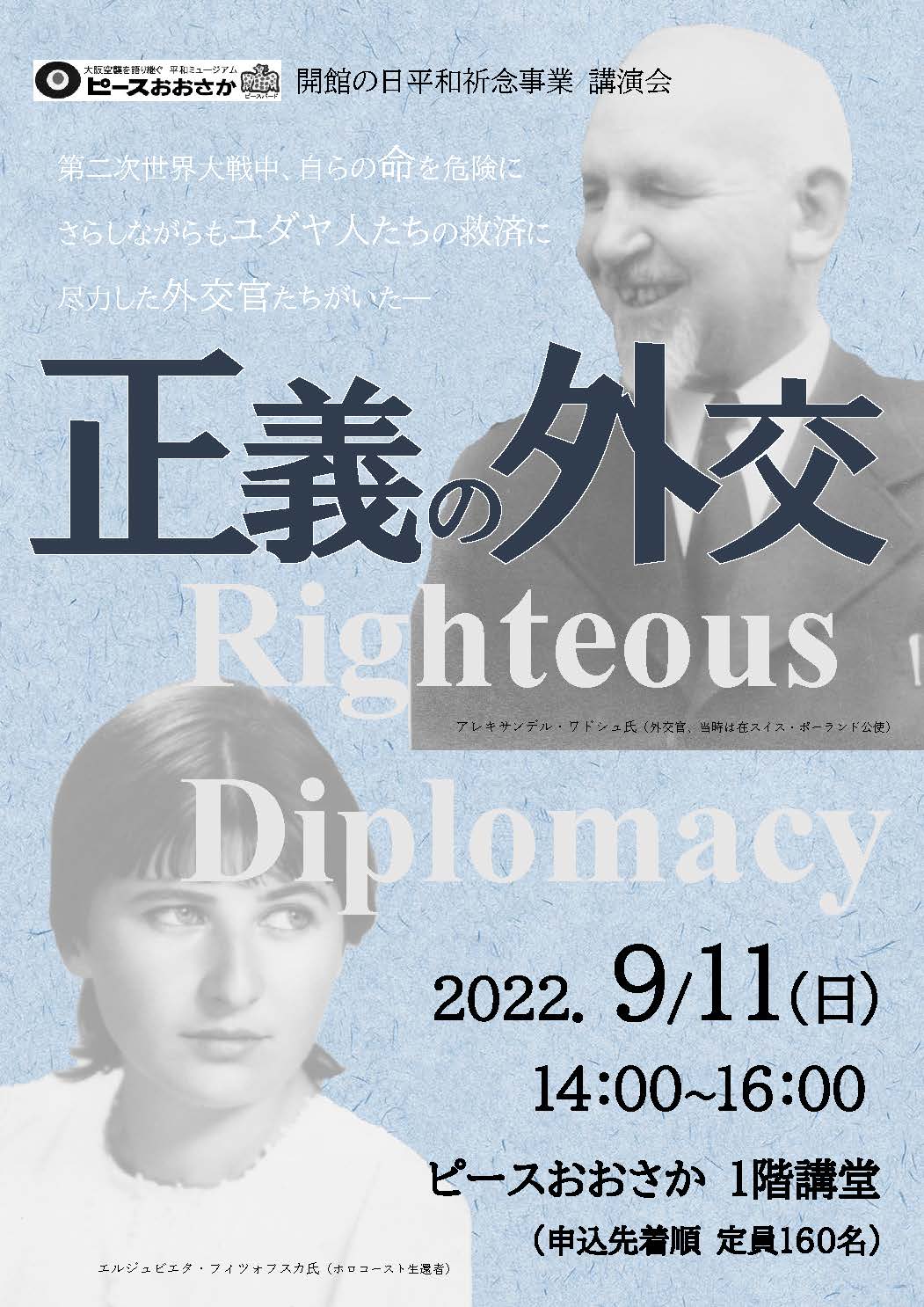 On 11 September 2022 the conference Righteous Diplomacy will take place in Japan at the Osaka Peace Center’s headquarters. The event organised by the ENRS and International Osaka Peace Center will summarize the Japanese tour of the ENRS exhibition Between Life and Death. Stories of Rescue during the Holocaust. The representatives of the ENRS are on their way to Osaka. The members of the delegation are: Mr Rafał Rogulski (Director of the European Network Remembrance and Solidarity), Prof. Jan Rydel (Member of the ENRS Steering Committee), and Prof. Matthias Weber (Chairman of the ENRS Steering Committee, Director of the Federal Institute for Culture and History of the Germans in Eastern Europe).

The conference Righteous Diplomacy will be dedicated to the members of diplomatic corps who helped threatened Jews to flee to safe countries during the Second World War. The two hours event will be inaugurated by the ENRS Director Rafał Rogulski and Mr Shinji Yamamoto, Director of the Osaka International Peace Center. After the opening word, the public will watch the film Righteous Diplomacy and listen to a recorded speech made by Elżbieta Ficowska, a Holocaust survivor. This will be followed by lectures by Prof. Chiharu Inaba (Meijo University) and Prof. Jan Rydel (ENRS). Prof. Inaba will talk about Chiune Sugihara and Maksymilian Kolbe. Prof. Jan Rydel’s speech will present the Ładoś Group and Tadeusz Romer – Polish diplomats, who aided Jews.

The conference will be a part of a series of events dedicated to the subject of righteous diplomats and stories of their beneficiaries, that will take place at Peace Osaka from 25 August–18 September 2022. Osaka International Peace Center is widely renowned for its activities in promoting the ideals of peace. Beginning from 2021 Peace Osaka has been one of our partners and collaborators in Japan, helping to create the Japanese version of the travelling exhibition Between Life and Death. Stories of Rescue during the Holocaust, and hosting it from 19 January to 30 March 2021.Since then, the exhibition was on display in Yokohama and Tsuruga. At the moment, it is hosted by the Chiune Sugihara’s Memorial Hall in Yaotsu, Gifu Prefecture, where it will stay until 25 September.

The event will be open to the public