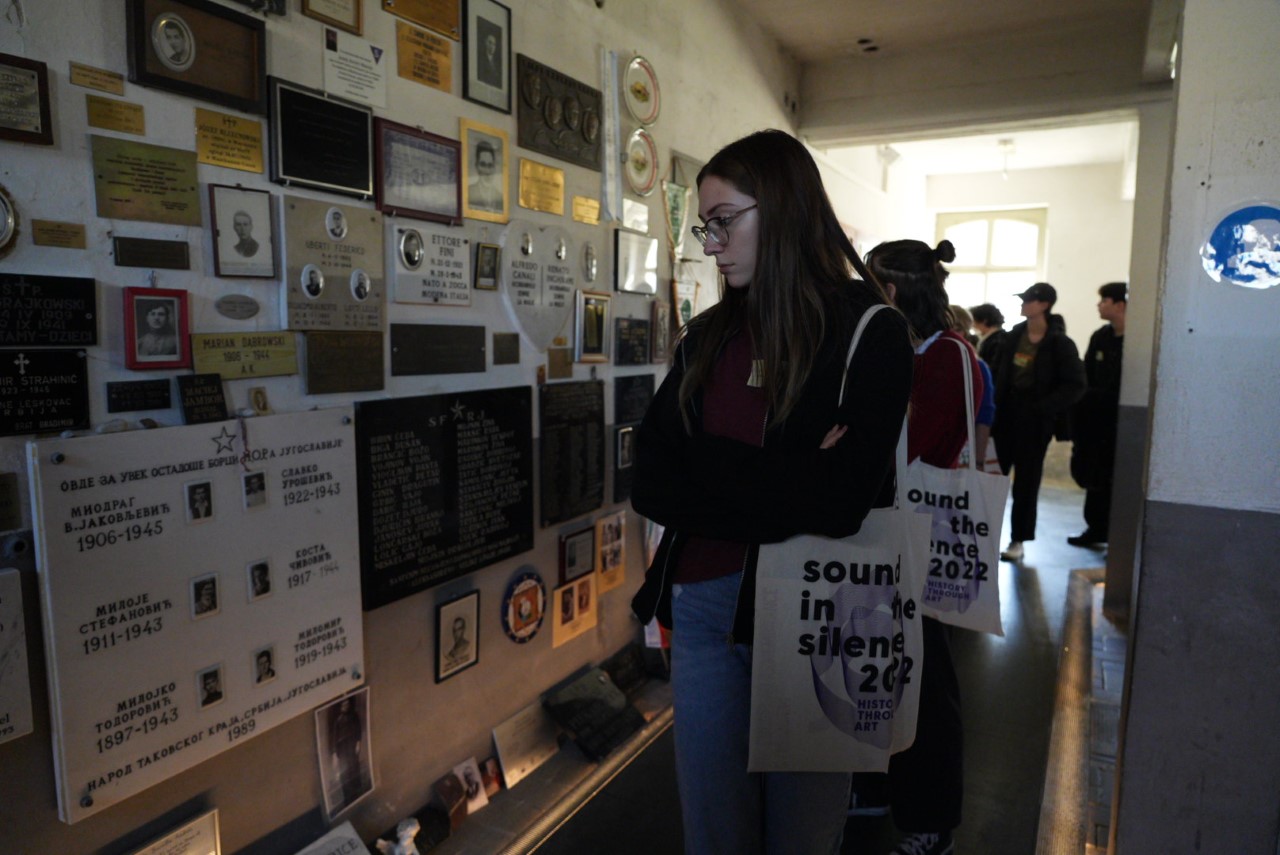 One of the most brutal camps of the Third Reich and the last to have been liberated by the Allies, the Mauthausen concentration camp was the focal point of a system composed of over 40 sub-camps and the centre of political, social and racial persecution by the Nazi regime in Austrian territory. The uneasy and complex history of the area will be the subject of this year’s edition of Sound in the Silence: an international project at the intersection of art, education and history. Its participants - students aged 14–18 - visit the Gusen and Mauthausen Memorials to take part in activities and workshops led by educators and artists: rapper and producer Dan Wolf, dancer Katarina Rampackova, performer Sean Palmer and facilitator Tetiana Krukovska.

The result of their work will be on display at the House of Remembrance in Gusen (Marcel-Callo-Straße 3, 4222 St. Georgen / Gusen) on 15 October at 6 p.m. The performance will be followed by a discussion with the artists, the educators leading the workshop and the young people involved on new methods in historical education. Attendance is free.