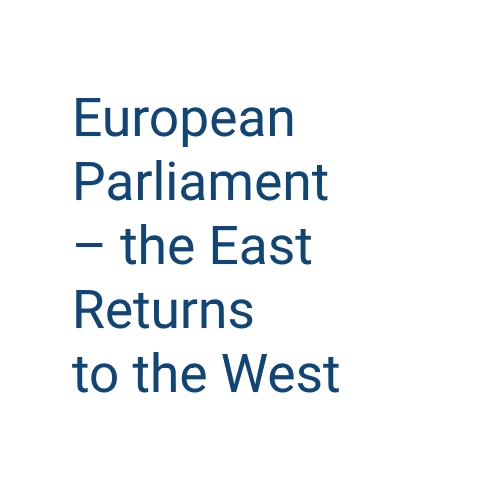 European Parliament - the East Returns to the West

A two-day conference that accompanied the premiere screening of the documentary "A Place to Stand" directed by Anna Ferens was attended by some of the film’s protagonists.

The documentary "A Place to Stand" shows the struggle against the communist regime in the 1980s from the Eastern and Western perspective. Anna Ferens spent hundreds of hours browsing the European Parliament archives. She reached many participants of the events of the 1980s and recorded interviews with e.g. opposition activists from the former Czechoslovakia, Estonia, Poland, Romania, and Hungary and also with some of the Members of the European Parliament who were instrumental for passing resolutions on East European matters.

The conference offered an opportunity to reflect on the elements of the 1980s experience that might be used today; the challenges we now face and the actions that the European Parliament should undertake in the area of human rights protection.

The conference, attended by over 140 participants, was held under the honorary auspices of the President of Poland Bronisław Komorowski and Poland’s Minister of Justice.