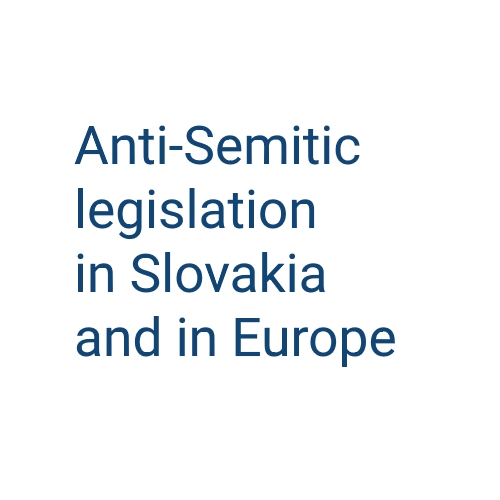 Conference "Anti-Semitic legislation in Slovakia and in Europe"

The conference aimed to present the latest findings on anti-Semitic legislation in 20th century and define the role it played in the persecution and extermination of the Jewish community across Europe.

The participants analysed the ideological roots of anti-Semitic legislation, which led to discrimination and the violation of basic freedoms and human rights. Other subjects discussed were the limitation of Jews' property rights and the legal basis for detaining people in concentration, labour and internment camps. The origins and usage of biased legal norms applicable in criminal trials concerning Jews were also discussed.