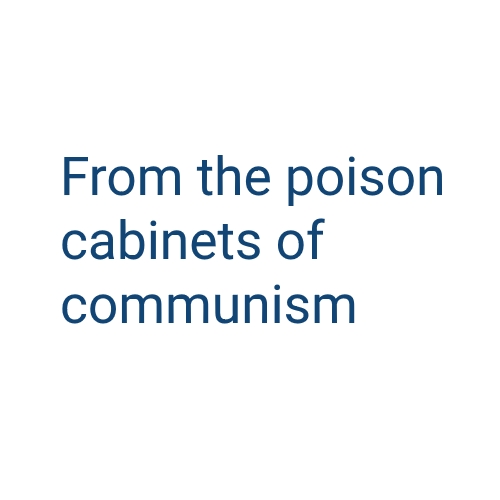 Conference: From the Poison Cabinets of Communism

Methodological questions on working with surveillance files in South-Eastern and Central Europe.

The conference aimed to critically take stock of the research into questions on minorities based on secret service documents of the communist regime in South-eastern and Central Europe. It also seeked to pose new questions concerning their epistemological potential.

The conference focused on the discussion of methodological approaches, but also examined the closely related question of ethical problems that goes hand in hand with the analysis and publication of secret service reports. The treatment and the behaviour of members of different minority groups and their relationship to a given “majority” as well as to the state open up a variety of new research perspectives.

A keynote lecture “The Manipulation of the Political Police Archive – Why and How?” was given by Prof. Dr Gabriel Andreescu, Romanian dissident, human rights activist and political scientist from the National School for Political Studies and Public Administration (SNSPA) in Bucharest. In his lecture he analyzed the surveillance of intellectuals by the Securitate (secret police) in the 1970s and 80s, as well as the importance and the complexity of working with secret police files. He also discussed several instances of manipulation of the Securitate archives.

Additionally, the conference programme was closely tailored to its topic in order to enable the combination of socio-political discourses and discourses relevant to scholarship. The programme also entailed an event for young researchers as well as for advanced students with research interests in this area. This event took place after the conference and was hosted by the BStU (The Agency of the Federal Commissioner for the Stasi Records). Along with a guided tour of the “Normannenstraße” research and memorial site, we offered workshops in small groups in which participants presented their projects for discussion under the guidance of experienced researchers.