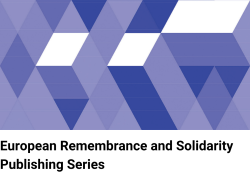 The recent crisis of the European project (the Euro, migration, Brexit, the rise in national populism) has brought about new questions about the direction of EU integration. The debate on a common European memory and identity has been equally dramatic, and in particular since the expansion of the EU towards the east, as pleas for proper recognition of the ‘new’ Europe within a common European historical awareness have emerged. With a number of volumes studying social memories in connection to art, religion, politics and other domains of social life, the series editors wish to contribute to the debate on European memory and identity, and shed fresh light on the region of Central and Eastern Europe and Europe more broadly, a region stretched between the past and the future in the negotiation of identities – both national and transnational. The editors encourage comparative studies of two or more European countries, as well as those that highlight Central and Eastern Europe in reference to other regions in Europe and beyond. b>

The book series is developed in cooperation with Routledge 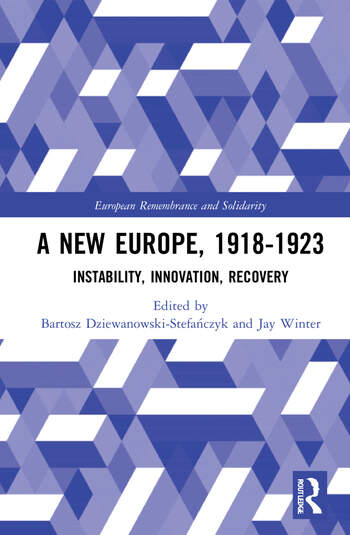 This set of essays introduces readers to new historical research on the creation of the new order in East-Central Europe in the period immediately following 1918.
The book offers insights into the political, diplomatic, military, economic and cultural conditions out of which the New Europe was born. Experts from various countries take into account three perspectives. They give equal attention to both the Western and Eastern fronts; they recognise that on 11 November 1918, the War ended only on the Western front and violence continued in multiple forms over the next five years; and they show how state-building after 1918 in Central and Eastern Europe was marked by a mixture of innovation and instability. Thus, the volume focuses on three kinds of narratives: those related to conflicts and violence, those related to the recasting of civil life in new structures and institutions, and those related to remembrance and representations of these years in the public sphere.
Taking a step towards writing a fully European history of the Great War and its aftermath, the volume offers an original approach to this decisive period in 20th-century European history.

Bartosz Dziewanowski-Stefańczyk is Deputy Head of the Academic Department at the Institute of European Network Remembrance and Solidarity and Researcher at the History Institute of the Polish Academy of Sciences in Warsaw, Poland. His fields of research include Polish-German relations, Polish foreign politics of memory and cultural diplomacy. He is currently writing a book on history as a tool of Polish diplomacy towards Germany, 1918‒1939.

Jay Winter is Charles J. Stille Professor of History Emeritus at Yale University and Honorary Professor at the Australian National University. His fields of research include the First World War in history and memory, and the Armenian Genocide of 1915. He is currently writing a history of the Treaty of Lausanne of 1923 and a book on the cultural history of modern war. 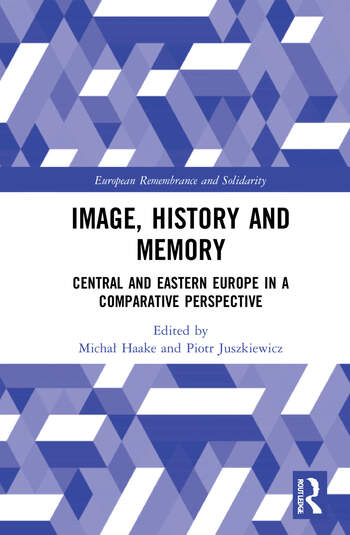 Image, History and Memory. Central and Eastern Europe in a Comparative Perspective

This book discusses the active relationship among the mechanics of memory, visual practices, and historical narratives.
Reflection on memory and its ties with historical narratives cannot be separated from reflection on the visual and the image as its points of reference which function in time. This volume addresses precisely that temporal aspect of the image, without reducing it to a neutral trace of the past, a mnemotechnical support of memory. As a commemorative device, the image fixes, structures, and crystalizes memory, turning the view of the past into myth. It may, however, also stimulate, transform, and update memory, functioning as a matrix of interpretation and understanding the past. The book questions whether the functioning of the visual matrices of memory can be related to a particular historical and geographical scope, that is, to Central and Eastern Europe, and whether it is possible to find their origin and decide if they are just local and regional or perhaps also Western European and universal. It focuses on the artistic reflection on time and history, in the reconstructions of memory due to change of frontiers and political regimes, as well as endeavours to impose some specific political structure on territories which were complex and mixed in terms of national identity, religion and social composition.
The volume is ideal for students and scholars of memory studies, history and visual studies.

Michał Haake is Professor and art historian at the Adam Mickiewicz University in Poznan, Poland. His research interests focus on history of European painting from medieval to contemporary art and art history methodology. His publications include Figuralizm Aleksandra Gierymskiego (Aleksander Gierymski’s Figuralism) (2015) and Obraz jako obiektteoretyczny (Image as the Theoretical Object) (as co-editor, 2020).

Piotr Juszkiewicz is an art historian and a professor at the Adam Mickiewicz University in Poznan, Poland. His publications include From the Bliss of Historiography to the "Game of Nothing". Polish Art Criticism of the of the Post-Stalinist "Thaw" (2005) and The Shadow of Modernism (2013). 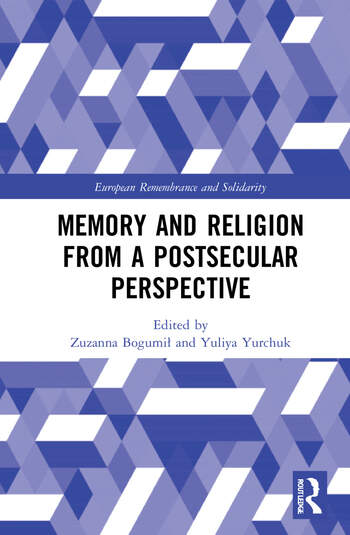 Memory and Religion from a Postsecular Perspective

The book argues that religion is a system of significant meanings that have an impact on other systems and spheres of social life, including cultural memory.
The editors call for a postsecular turn in memory studies which would provide a more reflective and meaningful approach to the constant interplay between the religious and the secular. This opens up new perspectives on the intersection of memory and religion and helps memory scholars become more aware of the religious roots of the language they are using in their studies of memory. By drawing on examples from different parts of the world, the contributors to this volume explain how the interactions between the religious and the secular produce new memory forms and content in the heterogenous societies of the present-day world. These analyzed cases demonstrate that religion has a significant impact on cultural memory, family memory and the contemporary politics of history in secularized societies. At the same time, politics, grassroots movements and different secular agents and processes have so much influence on the formation of memory by religious actors that even religious, ecclesiastic and confessional memories are affected by the secular.
This volume is ideal for students and scholars of memory studies, religious studies and history.

Zuzanna Bogumił, PhD, works at the Institute of Archaeology and Ethnology at the Polish Academy of Sciences. Her published works include Gulag Memories: The Rediscovery and Commemoration of Russia's Repressive Past (2018) and a co-authored study titled Milieux de mémoire in Late Modernity: Local Communities, Religion, and Historical Politics (2019).

Yuliya Yurchuk, PhD, teaches history at Umeå University, Sweden. She specializes in memory, the history of religion and Eastern Europe. She is the author of the book Reordering of Meaningful Worlds: Memory of the Organization of Ukrainian Nationalists and the Ukrainian Insurgent Army in Post-Soviet Ukraine (2014).