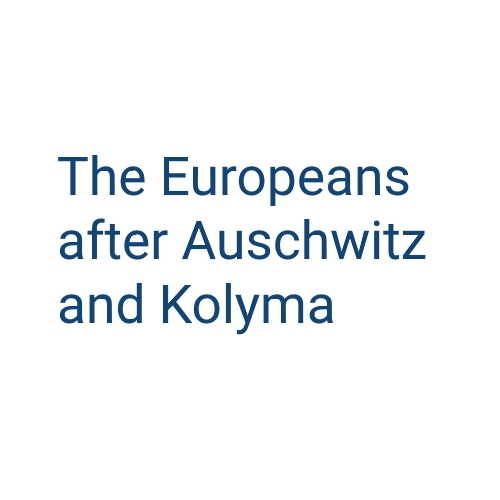 Europeans after Auschwitz and Kolyma

The 9th Gniezno Convention was dedicated to the role of religion in the civil society of today’s Europe. Through lectures, debates, discussions and workshops the participants discussed the role of religion in creating social capital in contemporary Europe, as well as Christians’ involvement in building civil society. The meetings were ecumenical and inter-religious, open also to non-believers.

European Network Remembrance and Solidarity, as a partner of the 9th Gniezno Convention, co-organised one of the debates. The discussion, entitled “Europeans after Auschwitz and Kolyma”, was held by the following panelists:

● Dr Ján Čarnogurský, former Prime Minister of Republic of Slovakia in Czechoslovakia, chair of the European Network Remembrance and Solidarity (ENRS) Board
● Dr Piotr M.A. Cywiński, director of Auschwitz-Birkenau Memorial and Museum (Panstwowe Muzeum Auschwitz-Birkenau Oswiecim)
● Basil Kerski, director of the European Solidarity Centre (Europejskie Centrum Solidarności) in Gdansk
● Prof. Myrosław Marynowycz, vice-rector of the Ukrainian Catholic University in Lviv, former prisoner of conscience
● Markus Meckel, Evangelical theologian, chairman of the Board of the Foundation for the Study of European Dictatorships (STIFTUNG ETTERSBERG), Member of ENRS Board
● Prof. Jan Rydel, chair of the Steering Committee of the European Network Remembrance and Solidarity

The 9th Gniezno Convention was held under the honorary auspices of Bronisław Komorowski, President of the Republic of Poland.