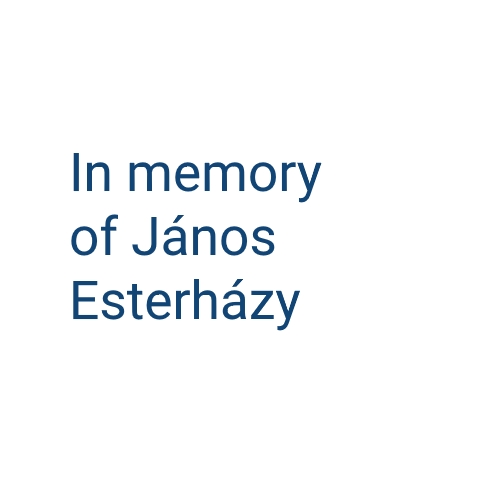 János Esterházy in the context of the Central European dialogue

Conference and a roundtable discussion in Nitra, Slovakia, homeland of Esterházy.

The conference "János Esterházy in the context of a Central European dialogue" was organised by Living Zobor Region Civil Organization and European Network Remembrance and Solidarity at the Faculty of Central European Studies at the Constantine the Philosopher University in Nitra.

Count János Esterházy was born in 1901 in a Polish-Hungarian family. At the age of 20 he became a politician and since then he was always trying to fight for the Hungarian minority rights. It resulted in his several speeches at the Czechoslovakian parliament in favor of the Hungarian culture, economical and linguistic rights.

In 1938 Esterházy was politically supporting the Hungarian army entering Košice. During the II World War he was helping Jews, Poles, Slovaks and Czechs in their escape to Hungary. He was arrested by NKWD and sentenced to ten years of forced work in Siberia.

The opinions about count Esterházy differ depending on the region of Central Europe. The controversies did not get smaller during last decades, but rather the opposite – with the time passing by, there are more and more difficulties and questions based on some long existing myths and interpretations over the topic. By organizing this conference the organisers wanted to raise a discussion on reception of János Esterházy as a politician and tried to bring different views onto one table of scientifically grounded discussion.