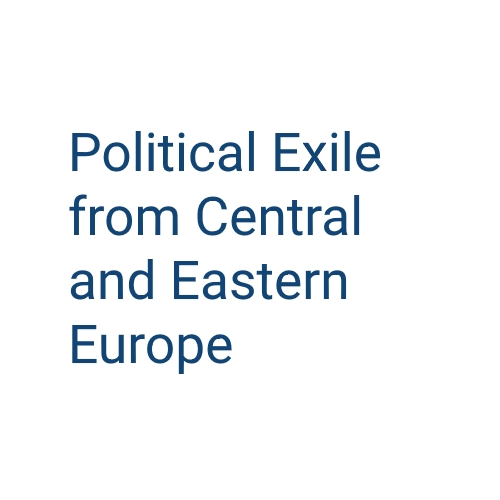 The international conference "Political exile from Central and Eastern Europe. Motives, strategies, activities and perceptions of East and West 1945–1989" aimed at examining political exile organisations from countries of the former Soviet bloc. Such questions as the importance of actions of exile organisations in their acting against communist regimes in Central and Eastern Europe were discussed.

The range of exile organisation's activities was extremely wide, from directly supporting homeland’s anti-communist movement with ideas, books, journals and other means, to informing governments and the public in democratic states about what life is like behind the Iron Curtain and spreading anti-communist propaganda through Eastern Europe and worldwide. Exile groups had tried to agitate and even fight against the communist regimes using various resources and methods.

One of the aims of the conference was to show a comparative view of the exile groups from different countries, finding the commonalities among their activities, but also their various political ideas and backgrounds, which also cause differences between them. There were also several different political conceptions among the exile groups directed by strong personalities, often working side by side and sometimes against one another. There was, however, a common goal among the exile groups, especially in terms of political orientation, to overcome the communist regimes and strive for freedom and democracy. That common goal played an important role in the perception of political exile. For some groups it was very important also to struggle for an independent state (for example, Slovaks, Ukrainians, Latvians, Estonians and Lithuanians), which often went hand in hand with the engagement against communism.