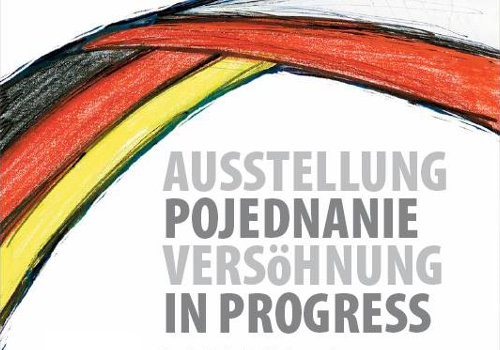 The exhibition "Reconciliation in progress. The Roman Catholic Church and German-Polish relations after 1945" – prepared by Remembrance and Future Centre and Maximilian Kolbe Foundation – was simultaneously presented on 18 November 2015 in Wrocław (Old Town Hall) and Berlin (Crown Prince’s Palace), exactly 50 years after the famous pastoral letter was sent by Polish bishops of the Roman Catholic Church to their German counterparts (‘We forgive and ask for forgiveness’).

The process of the German-Polish reconciliation after the Second World War was not initiated by state authorities but by the Church and against the government as well as the majority of society.

The Polish bishops sent on 18 November 1965 a pastoral letter to their Germancounterparts, which was an invitation to the 1000 Year Anniversary Celebrations of Poland's Christianization in 966 and the letter was answered by bishops of both of the Germanys together. That caused a strong reaction from the Communist authorities and started an anti-church campaign in Poland. The exhibition prepared by Dr Robert Żurek presents this process, which cannot be treated as accomplished.