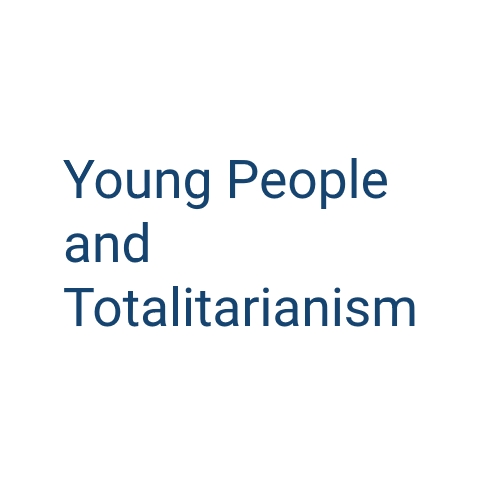 Research on knowledge and attitudes of youth towards totalitarianisms

How to protect young people from totalitarian ideas? In the light of the upcoming changes in the EU, the migration crisis and the growing sense of loss of moral values, these questions seem more important than ever. This is why European Network Remembrance and Solidarity along with its partners from University of Cardinal Stefan Wyszyński conduct an in-depth international study on the attitudes of young people towards totalitarian regimes.

As an educational institution European Network Remembrance and Solidarity set itself the objective to better understand the attitudes of young people towards totalitarian regimes and to study their knowledge and associations, so as to better design our projects and educational materials.

In 2014, 25 years after the fall of communism in Europe, the ENRS commissioned an international study aimed at showing what image of totalitarianism prevails in the minds of young people from Central and Eastern Europe.

The pilotage part of the research took place in 7 European countries: Austria, Czech Republic, Germany, Hungary, Poland, Romania and Slovakia. In each of the countries the ENRS cooperates with different academic institution:

The collected data showed us clearly the importance and complexity of the subject matter, and how precise and cautious one must be in defining the terms and fields of research exploration.

In 2015 and 2016 thanks to the International Visegrad Fund and the Beauftragte der Bundesregierung für Kultur und Medien (BKM) our studies continued with in-depth qualitative research. Four Focus Groups Interviews (FGI-s) were conducted in each of the countries.

The interviews were preceded by a determination of the theoretical framework under the leadership of researchers from the University of Cardinal Stefan Wyszyński in Warsaw, and the preparation of a questionnaire that took into account all our previous observations.

The report in Polish was published in 2018 followed by a summary in English.

Totalitarianism in the Postmodern Age. A Summary of the Report

Partners of the quantitative part of the research

Partners of the qualitative part of the research