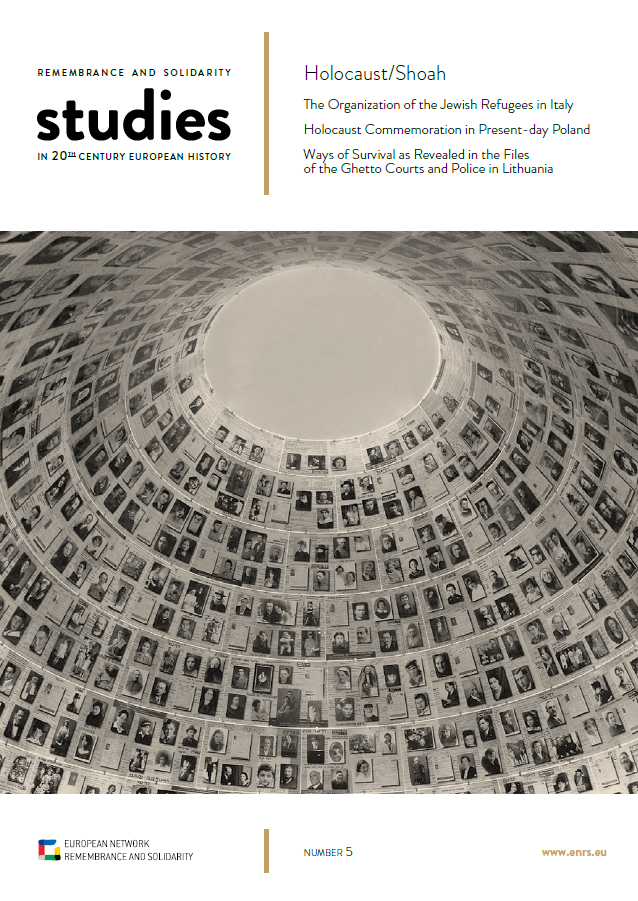 Since there are a number of relevant periodicals dealing with Holocaust research, the ‘Call for Articles’ for this current issue, published in February 2015, requested a focus on issues that are particularly relevant to the work of the ENRS. The objective was to obtain current research contributions from different European countries and to address authors with regional and methodologically different approaches. The response to this call has been overwhelming. The fifteen contributions ultimately selected for publication in this issue were written by an international group of authors either in English or in their native language and then translated into English. They deal with Germany, Italy, Lithuania, Poland, Russia, Romania, Ukraine, Slovakia and Hungary, or Central and Eastern Europe as a whole. The issue is divided into two main parts: I. Articles, which include academic research, and II. Miscellanea, which present both project reports and professional reflections. The Articles are subdivided into two further sections: ‘History – Studies on the Period’ focuses on the history of oppression and dispossession of Jews as well as the history and course of the murders in different local, regional and national contexts; and ‘Memory – Studies on Remembrance’ centres on post-1945 memory and remembrance, in which a variety of forms of public and private remembrance and memory preservation are considered, including literature, exhibitions, films and memorials. Special emphasis is placed here on the ways in which the subject was handled during the communist era and the question of comparability of the Holocaust / Shoah with the crimes of Stalinism.