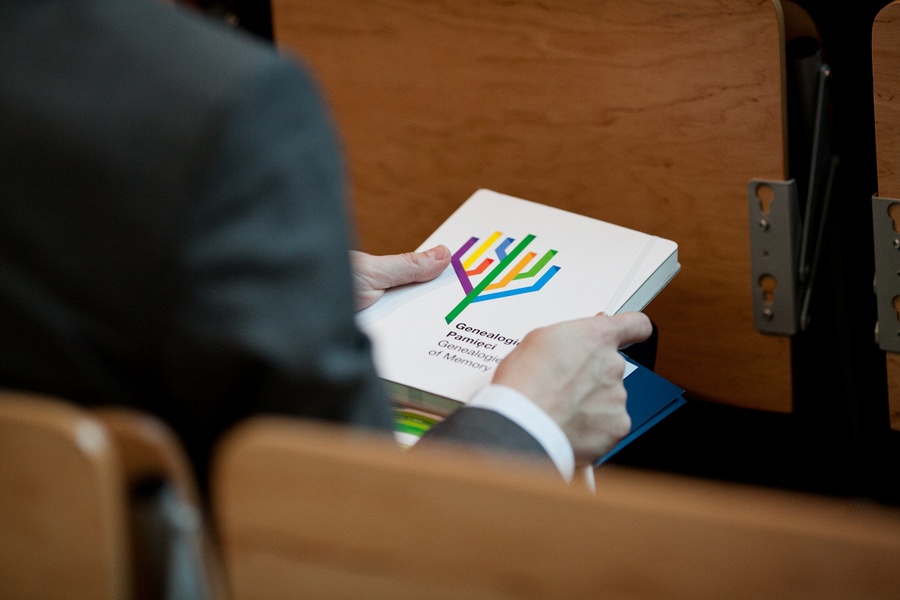 Conference Report: Genealogies of Memory in Central and Eastern Europe: Theories and Methods

Genealogies of Memory in Central and Eastern Europe: Theories and Methods

Organizer: European Network Remembrance and Solidarity in collaboration with the Institute of Sociology of the University of Warsaw, the Institute of Sociology of the Warsaw School of Social Sciences and Humanities, the Osteuropa-Institut of the Free University of Berlin, the Polish National Centre for Culture, and the German Federal Institute for the Culture and History of the Germans in Eastern Europe

The Academic Committee of the Conference consisted of Maciej Bugajewski (Adam Mickiewicz University, Poznań), Burkhard Olschowsky (European Network Remembrance and Solidarity), Małgorzata Pakier (School of Social Sciences and Humanities, Warsaw), Gertrud Pickhan (Free University of Berlin), Jan Rydel (European Network Remembrance and Solidarity), and Joanna Wawrzyniak (University of Warsaw). From 23 to 25 November 2011 over 100 historians, sociologists, and cultur al studies scholars from Poland, Germany, the United Kingdom, Ukraine, Romania, France, Lithuania, Hungary, Belgium, Austria, Russia, Australia, and the United States discussed the specific qualities of European memory, and methods of studying it, at the Warsaw University Library. Participating in the sessions were both eminent experts in the subject and representatives of the younger generation of researchers.

Based on the assumption that the European perception of the 20th century is dominated by the Western European point of view, the organizers of the conference asked about the importance of the historical experiences of the ‘bloodlands’ of Central and Eastern Europe for international studies of remembrance. Moreover, they wanted to focus the attention of Western European experts on the achievements of Central and Eastern European in the humanities, and to consider how the theories and notions established in the region could be introduced into international circulation. Far from promoting a claim about the exceptionality of the region, however, Małgorzata Pakier and Joanna Wawrzyniak in their introduction to the conference emphasised the importance of the comparative perspective and the need to develop an analytical approach to allow the development of ‘Eastern European’ and ‘Western European’ studies of remembrance in a mutual dialogue.

The keynote address on ‘The Transformative Power of Memory’ was delivered by the German cultural studies scholar Aleida Assmann of the University of Constance. The proceedings continued in parallel sessions: (1) History and memory in Central and Eastern Europe: How special? (plenary session), (2) Lieux de mémoire, (3) Theories and concepts (with sessions on traditions and proposals), (4) Dynamics of memory (with sessions on biographies, generations, borderlands, silence and Articulation, private/ vernacular – public/official, and struggles for power and legitimacy), (5) Media of remembrance (with sessions on space/place, the museum, film and literature, the various roles of historians, and history in the public domain). The final discussion (What memory for what past – what theory for what memory?) was chaired by Jeffrey Olick, an American sociologist from the University of Virginia, who also closed the conference.

This article has been published in the first issue of Remembrance and Solidarity Studies.