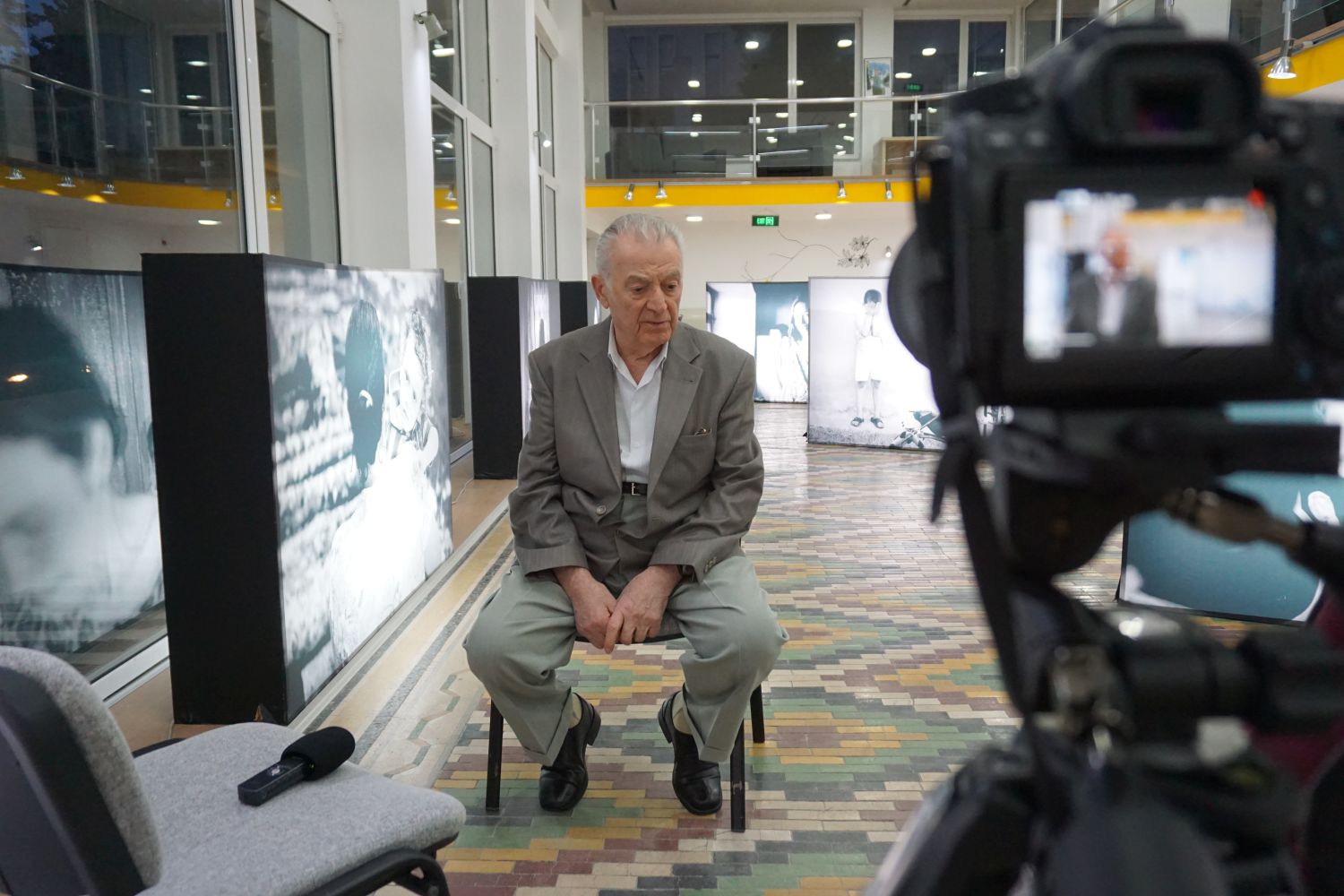 Vasilaq Orgocka being interviewed for the In Between? project in 2017 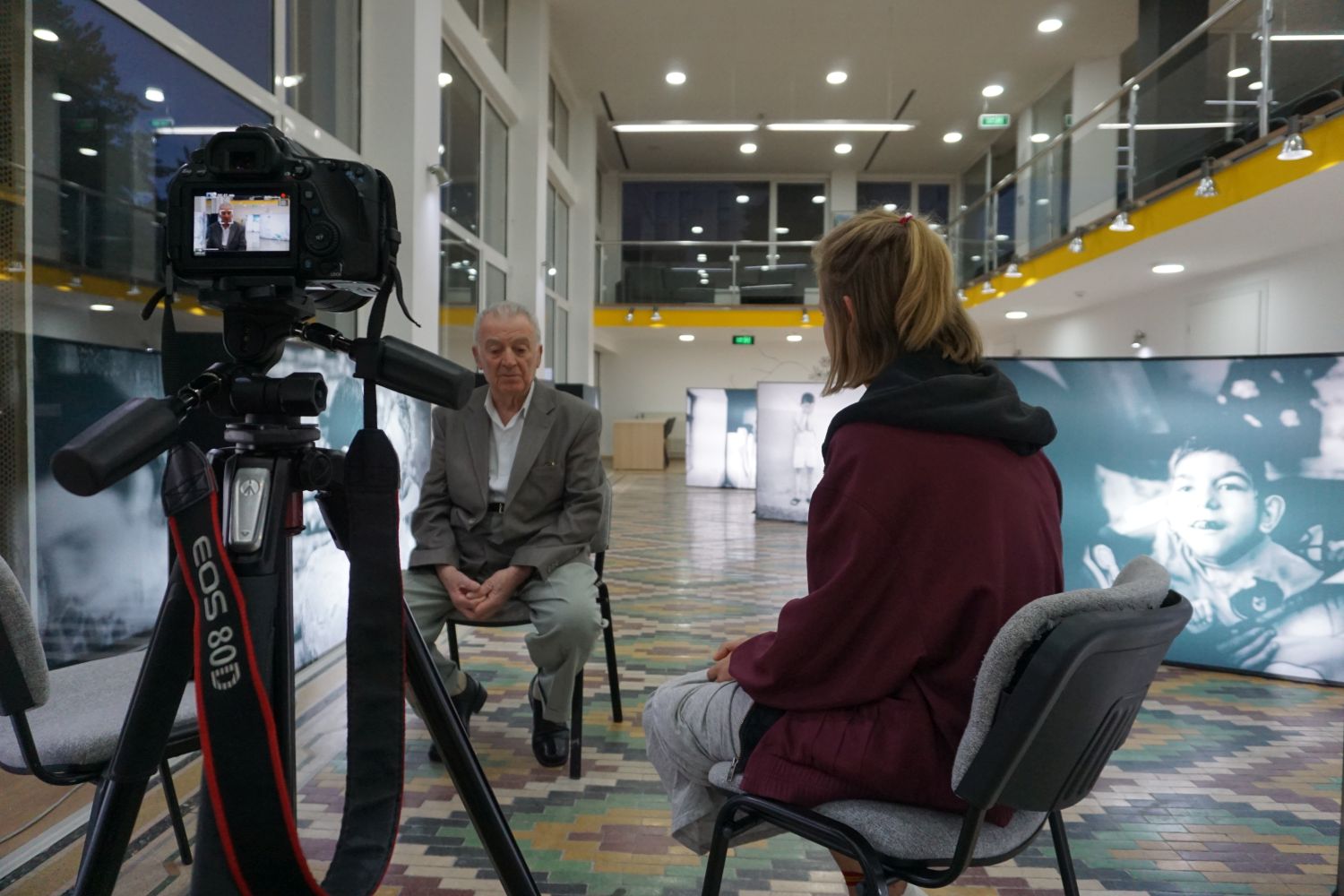 Vasilaq Orgocka being interviewed by Zuzanna Dobrzańska, the authors of the article, for the In Between? project in 2017 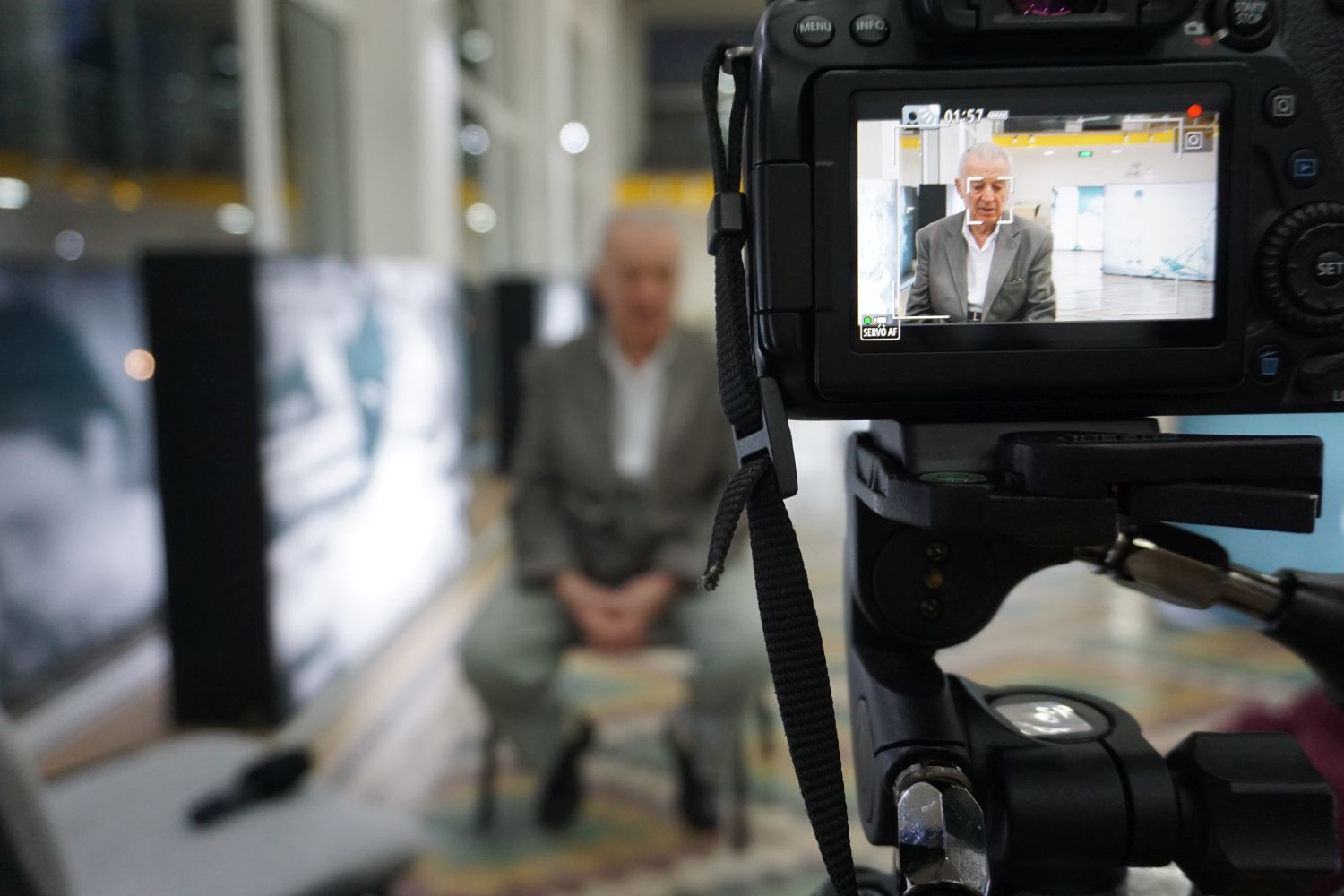 „Destroyed by politics.” Story of a man, of love and dignity

So I have been destroyed by politics… By nothing else, just the politics that was so bad that we needed to pay for it. […] We had been living so well. And after ’65, everything changed. All the mistakes of our government, it was us who had to pay for them, because they framed us as agents and spies and the reason they had failed to prosper1- recalls Vasilaq Orgocka, now a 86-years old Albanian gentleman who spent 19 years in communist prison simply for having a foreign wife.

But let’s start from the beginning. I met Vasilaq in Shkodra, during a study visit carried out as a part of the “In Between?” project. As one of my colleagues had already known him, I was familiar with some parts of his story even before we had the opportunity to talk and so was anxious to learn more. At first glance, Vasilaq might resemble any other Albanian senior citizen: grey hair, matching elegant suit and a wooden cane on which he relied for support. But there is one thing which distinguishes him from his other peers: to my an my colleague’s surprise, Vasilaq spoke fluent Polish – a language rather uncommon if not exotic in Albania, especially for somebody with no Polish roots.

Asked how he learned the language, he recalled how he studied geology at the Warsaw University of Technology in the early 1950s. At that time, a fellowship in Poland – one of Albania’s communist allies – constituted a reward for the most talented students. But his stay in Warsaw was not all study nor fun and games. Poland’s capital was among the cities which had been most ruined by the Second World War. “It was horrific after the war; whole Warsaw was destroyed. On Saturdays and Sundays, we walked around the buildings, working, rebuilding and being paid for that. But so much was destroyed! […] For instance, I worked on and cleaned up all of these leftovers from reconstructing the area where [shopping center] Smyk is located nowadays. I was not the only one, though. Everybody worked.”2 Later, when I had a chance to research the topic further, I would learn that it was actually mainly thanks to Albanian newcomers that the percentage of foreign students almost doubled in Poland in 1952 and that the Warsaw technical colleges were the most popular target Polish universities among the Albanian freshmen.3 But in that moment, I was just amazed that I had crossed half the continent to meet this gracious elderly gentleman who, so it happened, contributed to rebuilding Warsaw, my hometown.

And this was just the beginning of the many unexpected twists and turns in his life. In 1955, Vasilaq met his future wife, a Polish girl named Barbara, at one of the dance parties. She used to work at a laboratory in Southern Poland, but when Vasilaq returned to Albania in 1956, she decided to follow him, even though he had not asked her to do that. They got married and had two children together. He worked at a local mine, while she was employed at the beer factory nearby. Everything seemed to be going well.

But their life took a completely different turn after Enver Hoxha, the Albanian authoritarian head of state, decided to break ties with the Soviet Union in 1961. Suddenly, every foreign connection an Albanian citizen might have had become suspicious. Family and professional relations came under scrutiny; almost everything could serve as a pretext for prosecution – including having a foreign spouse. Many non-Albanian wives were put under surveillance. In best case scenario, they were allowed to get a divorce and forced to come back to their home country. If they were not so lucky or lacked influential friends who could protect them, they were interned or sentenced to prison4. The same applied to their husbands. In Vasilaq’s and Barbara’s case, Sigurimi officers (officers of the Albanian State Security) came to search their home and found a couple of golden coins hidden away as a precaution against difficult times. They used it as a pretence to accuse the wife of being a spy and dub Vasilaq the enemy’s aide and a traitor of his own country.

As a result, the couple got separated and imprisoned in different locations; their teenage children were entrusted to the care of the grandparents. Barbara was sentenced to 25 years in prison. After over three years of incarceration and torture, she was hospitalized and sent back to Poland, where she continued to suffer from physical and mental illnesses. She never fully recovered. Vasilaq first received the death penalty, which afterwards got commuted to imprisonment. He was hold in Spaç Prison, one of the most brutal political prisons of the Hoxha regime, for 17 years. He was beaten and tortured on a regular basis. When I asked him how he managed to maintain his Polish language skills even in such dire circumstances, he looked at me calmly and replied as if it was something to be expected: Every single day out there, I thought only in Polish.5

After being set free, what Vasilaq wanted most was to reunite with Barbara as soon as possible. He arranged a visit to Poland, only to discover that his wife barely recognized him anymore due to her mental illness. Sometimes she knew who he was, at other times she would accuse him of plotting against her government. She was too afraid to come back to Albania, and Vasilaq eventually decided against relocating to Poland. They lived separately till the end of her life. Their children moved to Warsaw to take care of their mother and eventually decided to settle down there. Vasilaq continues to regularly visit Poland to see his grandchildren, who, as he says, are already Polish. Barbara died in 2014.

For me personally, the interview with Vasilaq turned out to be an unexpected lesson of kindness, mercy and – maybe most importantly – strength. During our whole talk, whatever the topic at hand may be, Vasilaq managed to sustain a surprisingly pleasant or even lighthearted atmosphere, while never falling into banality or cliché. There was a feeling of sublime reverie, which remained in stark contrast with the actual facts being discussed. Asked whether he blamed anyone for the persecution, Vasilaq placidly replied he did not. He seemed to have reconciled himself to the past. Only temporary pauses and moments of silence in his monologue suggest this was not an easy thing for him to achieve.

The article has been created as an outcome of the In Between? study visit to the Prespa Lakes border region in 2017. To learn more about the project, visit its site:

>> More about the In Between? project