At the height of the Second World War, the Nazi regime murdered millions of Jews, in Germany, as well as in the countries under German occupation. Non-Jews witnessed atrocities against their neighbours and colleagues. Hiding or helping Jews, in any way, was penalised. Depending on the country this could result in physical violence, imprisonment, and in many cases, a death sentence. Many watched passively or even took advantage of the desperate situation of the Jews, but some selflessly helped. Among them were people of all social classes: factory workers and doctors, seamstresses and aristocrats, peasants and artists. They used whatever means they could, and sometimes risked their own lives, to help those in need.

One of them was Chiune Sugihara, the Japanese vice-consul in Kaunas, Lithuania. In the six weeks preceding the closure of the Japanese consulate, in September 1940, Sugihara supplied thousands of Jews with transit visas to Japan — despite the fact that his country was an ally of Nazi Germany. He might have saved up to 6,000 Jews, although the exact number is unknown. After stepping down from his position in 1947 Sugihara led a modest life and never talked about his activities. They were made public in 1968 by one of those whom he had saved. As a result, in 1984, he was recognized as “Righteous Among the Nations” by the World Holocaust Remembrance Center Yad Vashem in Jerusalem. He is the only Japanese to hold this honorary title.

The exhibition ‘Between Life and Death’ recalls the courageous acts of Sugihara and many others. It juxtaposes the individual stories of rescuers and rescued, recounting war biographies from twelve European countries and showing them in a broader historical context. A part of the exhibition is dedicated to some of the members of diplomatic corps, who played an important role in saving thousands of lives. Acting individually, or in international clandestine networks, the diplomats defied the occupiers, and sometimes even their own governments, by allowing threatened Jews to flee to third-party countries.

Rather than presenting a historical narrative, the exhibition focuses on how courage and integrity, under rampant barbarism, may serve as a guiding light for future generations. For this reason, ‘Between Life and Death’ comes accompanied by a series of additional educational materials. The visitors can watch a short film, “Righteous Diplomacy”, dedicated to Sugihara’s, and other diplomats’, efforts to facilitate the Jews’ escape to safety (it can also be seen on our YouTube channel).

Moreover, the organizers prepared special educational packages on diplomats aiding Jews for schools, available in English, on the learning platform www.hi-storylessons.eu/sources . Learning materials consist of biographical notes of the diplomats represented in the exhibition, as well as visual resources such as photographs, maps and official documents. A set of questions and exercises at the end of each unit encourages reflexion on ethical stances and the motivations of the diplomats involved in rescuing persecuted Jews. They show how the international diplomats’ help-networks formed, like the one in Bern or Budapest, and what the roles of each member were. Furthermore, the materials explain the legal and bureaucratic loopholes in the procedures the diplomats exploited to con the pro-Nazi authorities.

‘Between Life and Death’ is a joint initiative of the European Remembrance and Solidarity Network, the POLIN Museum of the History of Polish Jews in Warsaw and the Silent Heroes Memorial Center in Berlin. It was first presented in the headquarters of European Commission in Brussels, in January 2018, to commemorate the International Holocaust Remembrance Day. Since then it has travelled to several cities across Europe, including Amsterdam, Bratislava, Vilnius, Wrocław, Budapest and many others. It will be brought to Japan in cooperation with the Polish Institute in Tokyo and Osaka International Peace Center. The exhibition will be presented from 19th January to 30th March 2021 at the Osaka International Peace Center. This latest visit has been co-financed by the Ministry of Culture and National Heritage of the Republic of Poland as a part of the program “Inspiring Culture”.

The exhibition is presented in Japanese. Catalogues in English, German and Japanese languages are available on-line.

1/9
Between Life and Death in Osaka - getting ready for the official opening on 19th January / Photo: Osaka International Peace Center 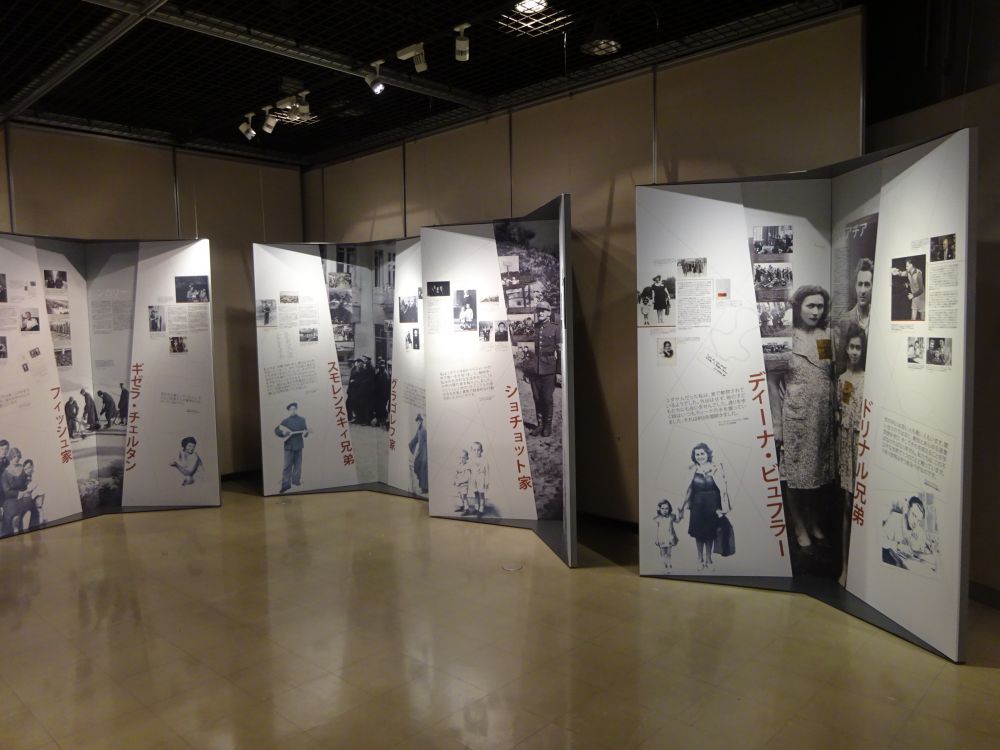 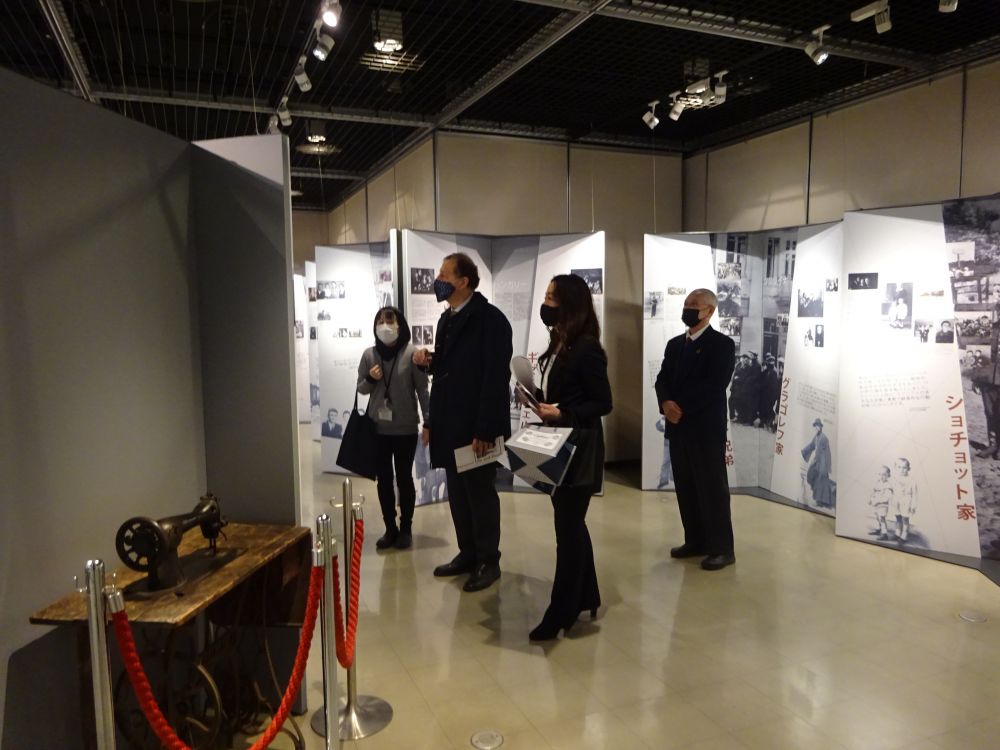 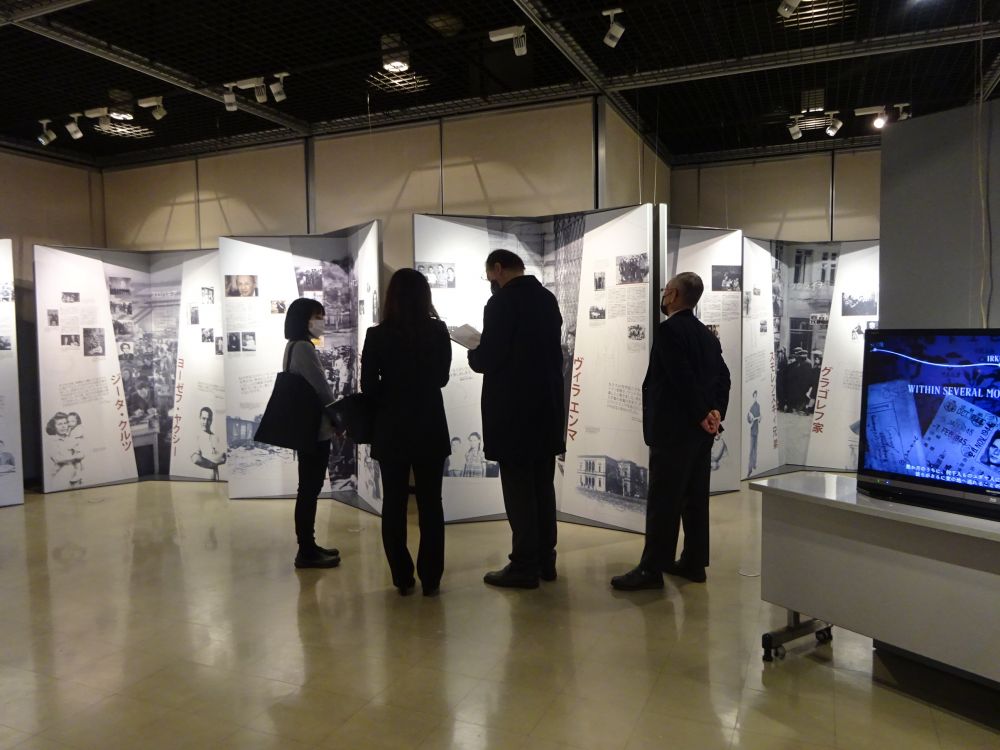 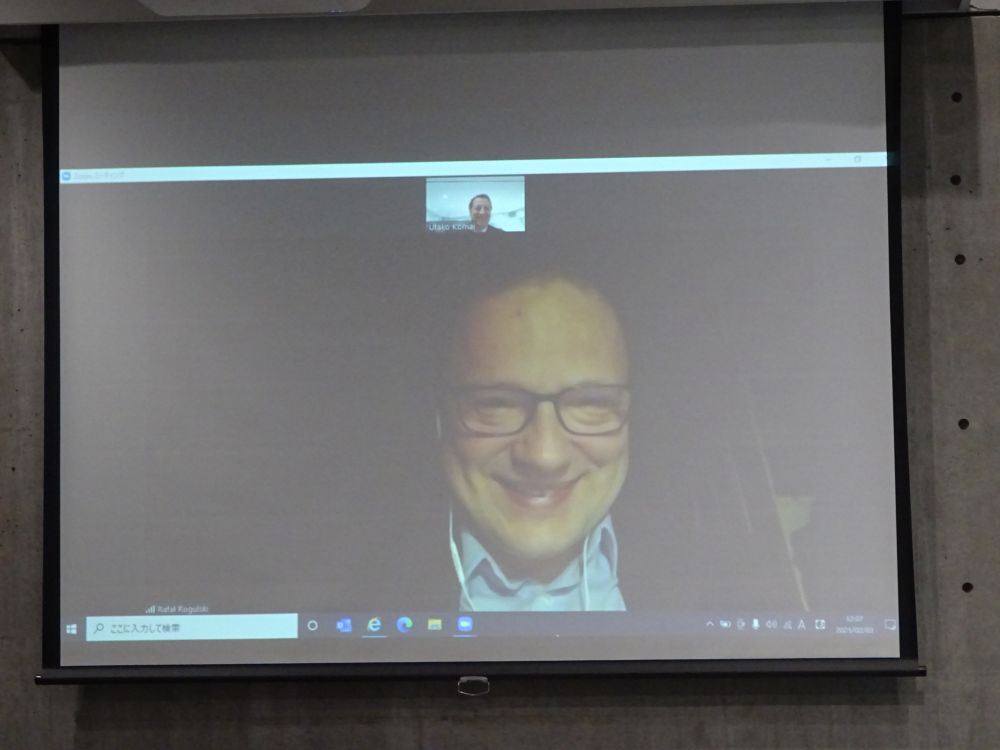 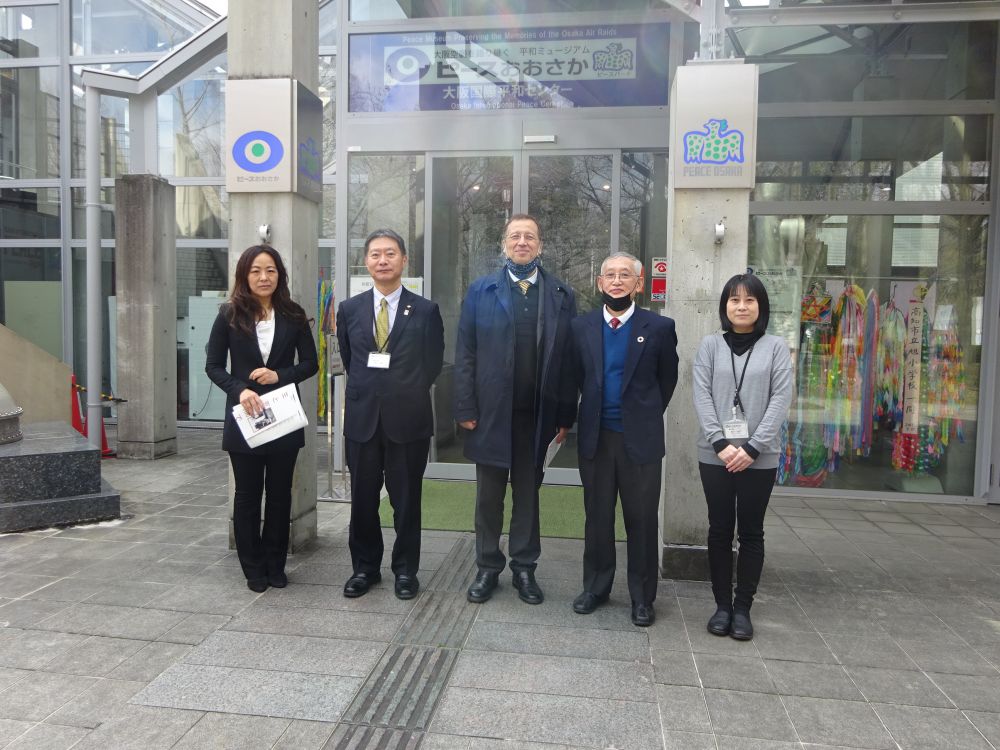 6/9
Mr. Richard Mei, Consul General of the US, visiting the exhibition "Between Life and Death" on the 5th of February / Photo: Osaka International Peace Center 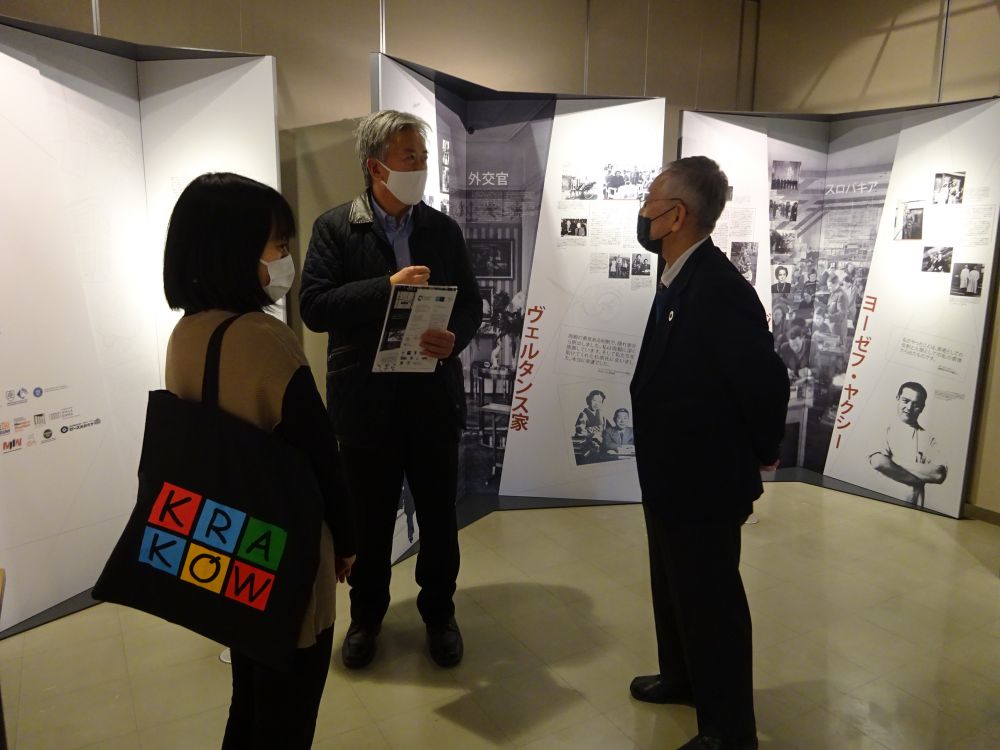 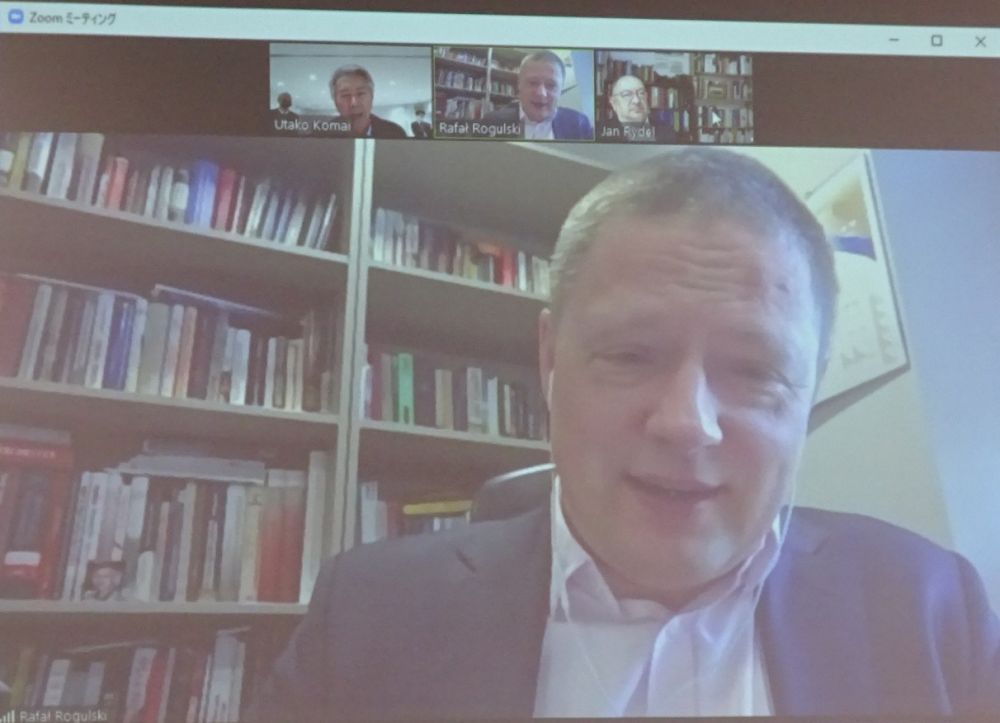 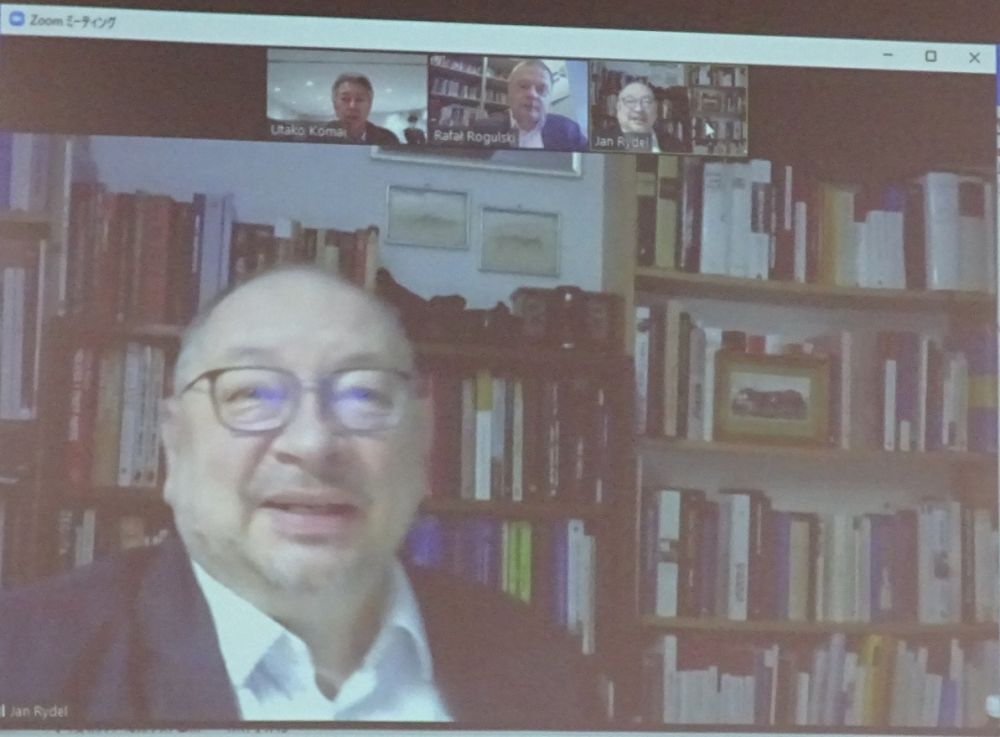 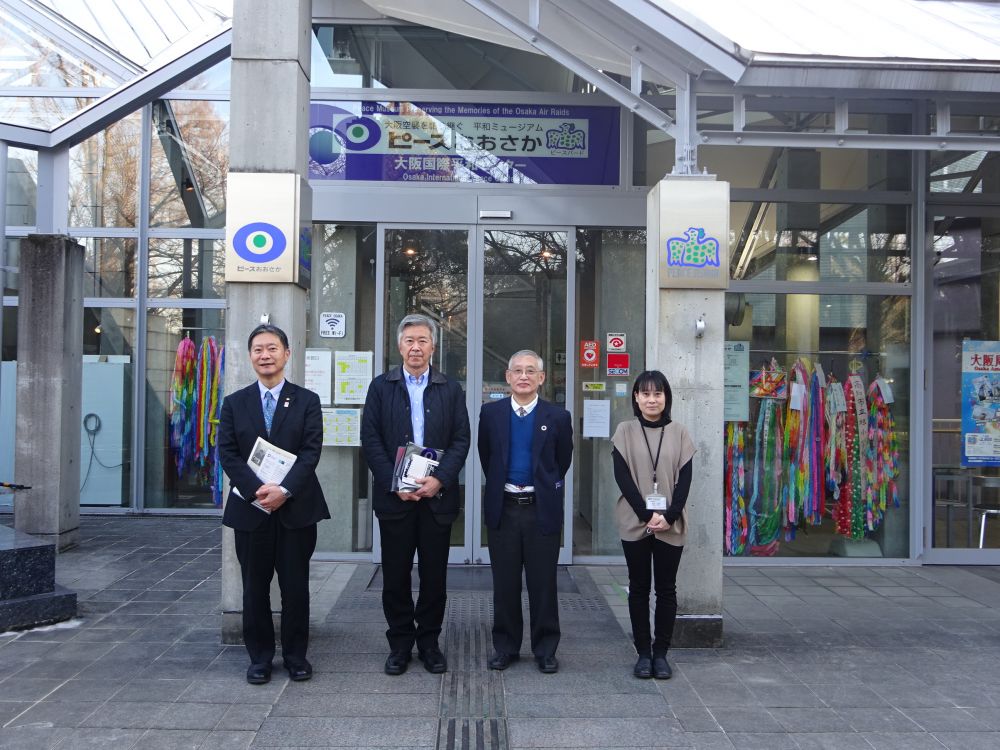