Reconciliation: a Long and Winding Path

The aim of the 10th European Remembrance Symposium is to discuss the meaning and role of reconciliation in the context of both historical and contemporary European internal and international conflicts.

Traumas and a painful past are extremely important aspects of national identities and collective memories, requiring adequate commemoration and tributes to the victims. However, if the policy of remembrance is not accompanied by skillful acts of reconciliation, these troublesome experiences may have a destructive impact on the relationship between conflicting countries and nations. Reconciliation between states not only makes all the parties of traumatic events of the past capable of commemorating them together but also paves the way for harmonious and empathetic relations in the future.

At this year's event, to be held in Dublin, attention will be given to the broad concept of reconciliation as well as to the different models of reconciliation that have occurred in 20th- and 21st-century Europe. This period has seen the largest number of reconciliation initiatives relating primarily to the trauma of both world wars, the Holocaust and other Nazi crimes, the crimes of the communist period, as well as instances of authoritarian rule in Western Europe, including colonial history through to the civil war in Yugoslavia and the post-communist reckoning with the past.

When exploring the theme, participants will consider various paths, mechanisms and tools of reconciliation and will examine the importance of lay and religious initiatives for reconciliation, involving both non-governmental and public institutions as well as civil society. The issues of guilt, responsibility and the punishment of perpetrators will also be addressed, along with acts of apology and various forms of reparation as prerequisites to reconciliation and forgiveness. The symposium will also cover symbolic actions and the material aspects of reconciliation, such as war reparations, the restitution of looted art and the opening of state archives that provide insights into past wrongs, as well as debates about the legacy of European colonialism.

The starting point for the discussion will be the Irish experience and the 100th anniversary of the outbreak of the Civil War in Ireland. The conflict within Northern Ireland has shaken Northern Europe for decades and led to the implementation of reconciliatory policies in this area. Despite the Good Friday Agreement (April 1998) that ended the violent conflict, the topic of reconciliation remains relevant. It is also relevant to present and future challenges concerning the UK leaving the European Union in 2020. The riots in Belfast that broke out around the twenty-third anniversary of the agreement are proof that peace cannot be taken for granted.

Addressing the multifaceted issue of reconciliation, participants of the 10th European Remembrance Symposium – representatives of governments, cultural and academic institutions and experts from non-governmental and public organizations – will examine the various steps leading to reconciliation and the ways in which events and individuals associated with this process are commemorated.

Recalling diverse European experiences of reconciliation practices, the symposium’s participants will try to answer such questions as: can reconciliation be seen as a unique political event or is it perhaps a long-term process requiring continuous effort? What are the conditions for making or accepting an apology? How can we forgive living perpetrators? Is forgiveness synonymous with reconciliation and what are the conditions needed for a successful rapprochement between states? What role do scientific and educational projects and grassroot local and community initiatives play in this process, and how important is the international context as well as official/political and unofficial initiatives? Can we compare transitions from violence to peace in different countries and what can we learn from failed conciliation attempts? How can we reconcile and not forget and how can we remember without antagonising?

This symposium looks at current struggles as well as past examples of reconciliation initiatives and argues that historicising this subject is an important step towards building our future in Europe – together!

To register for the Symposium, fill the registration form . 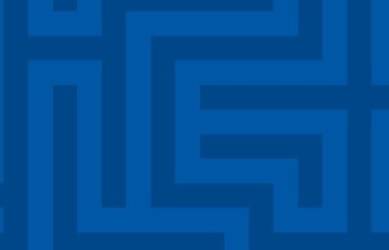 Workshops in Glencree Centre for Peace and Reconciliation : Symposium 2022

The goal of European Remembrance Symposium is to exchange experiences and establish methods and forms of cooperation between institutions from different countries.