The exhibition documents the complicated process through which Central and Eastern Europe regained its freedom from communist dictatorship. The exhibition focuses on the various ways in which different types of freedom were curtailed in the former communist bloc and on the attempts made to regain them.

It also explores the question of what connects and divides the way events that preceded the fall of communism in this part of Europe are remembered. The content of the exhibition reveals a story of the different facets of freedom. Individual parts of the exhibition are devoted to freedom of speech and expression, freedom of travel, freedom of religion and belief, economic freedom and other themes.

Roads to 1989 is the work of an international team of curators, authors and consultants who have succeeded in reconciling their different experiences of national narratives regarding communism and distilling them in the concise but evocative language of the exhibition.

In terms of design, the exhibition is arranged as a long passageway, with four blocks made up of individual cubes on each side. The cubes nearly all contain photographs, documents or special objects that relate to a specific aspect of life under communism. They allow a deeper insight into the period and the fight against the system. The cubes have their own colours and lighting, illuminating the exhibition after dusk with intriguing shades.

The idea for this exhibition stems from the conviction that reflection on the 1989 transition in individual states becomes fuller and deeper when viewed in the pan-European context. Our aim is first and foremost to remind everyone of the processes that eventually led to the fall of communism in this part of Europe.

We open the exhibition in front of the European Parliament, in the place called Esplanade Solidarity 1980. It could not be more symbolic as Solidarity – let’s be honest – was the beginning of one of the biggest changes in our continent. […] Courageous people started to fight against the dictatorship and paid for it with their lives, or with many years in prison, tortured, excluded from the society and banned from their profession. The courage of these heroes of the 20th century created the freedom Europeans enjoy in the 21st century.

The geometrical set-up of the pieces make them fit perfectly with the landscape of city squares and arteries. It creates a zone within the city space designed for meeting face-to-face with history. 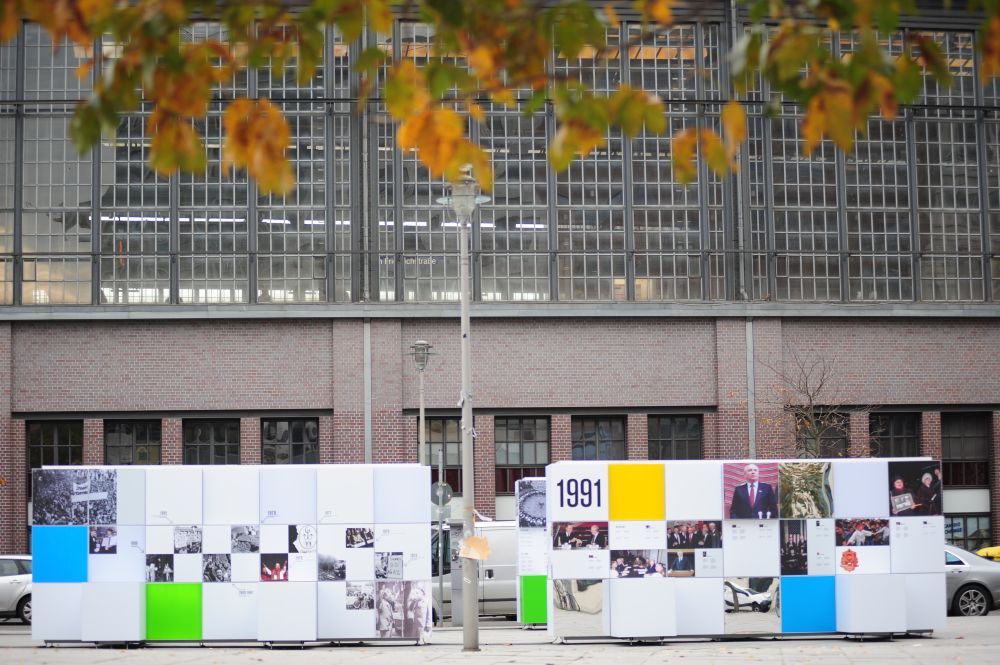 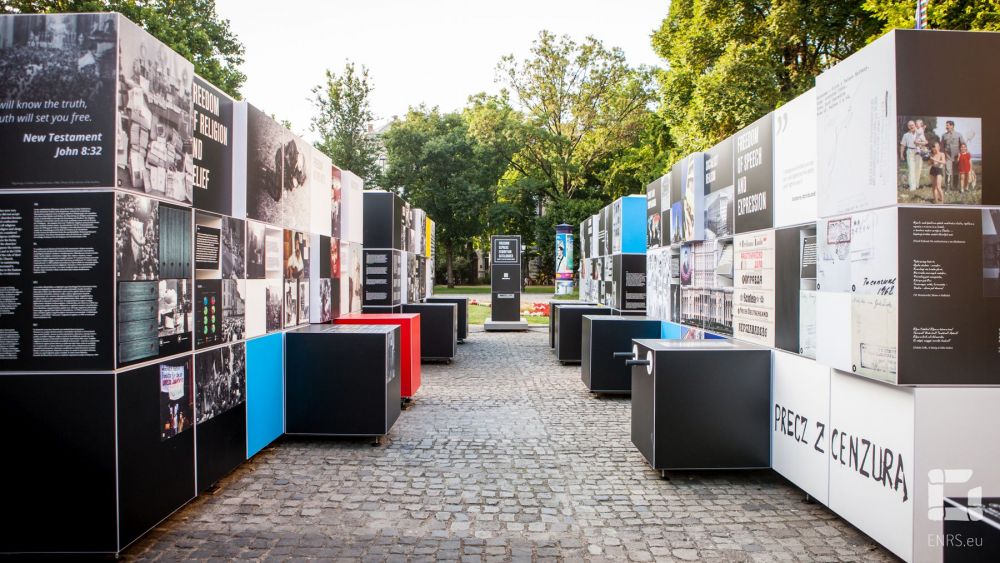 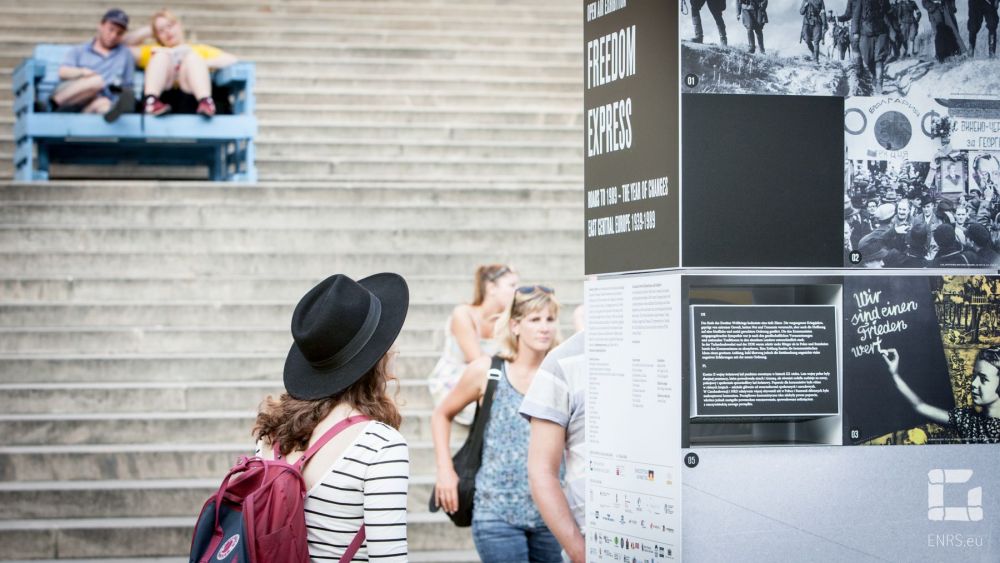 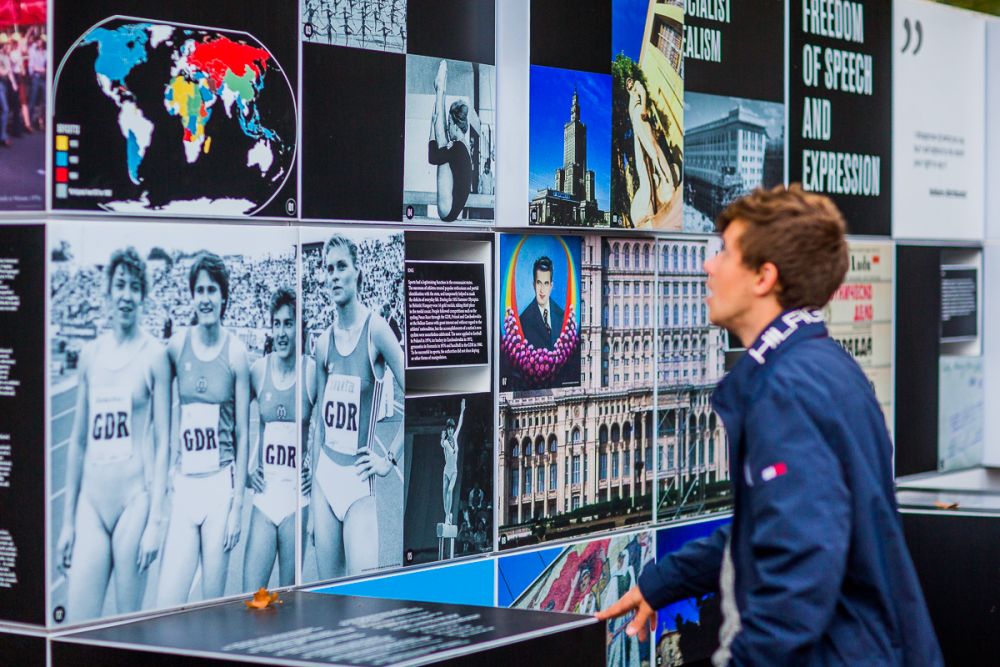 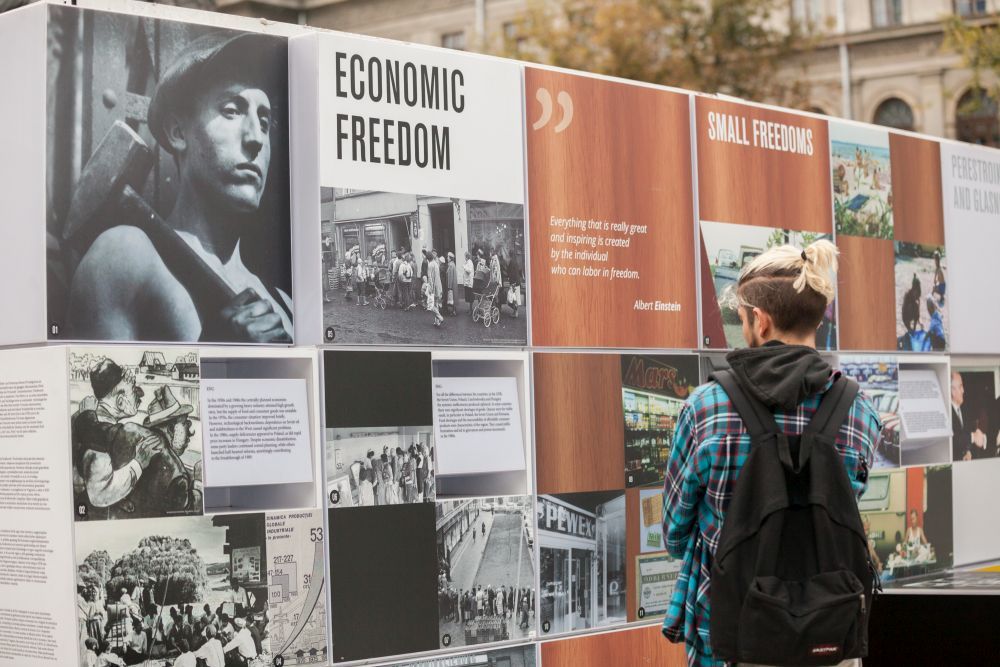 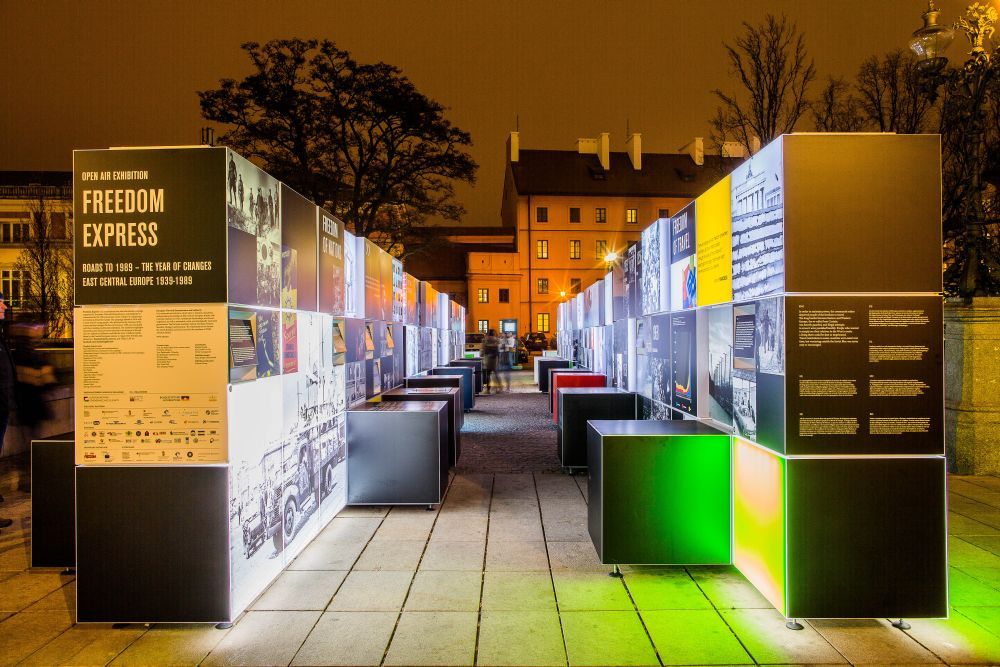 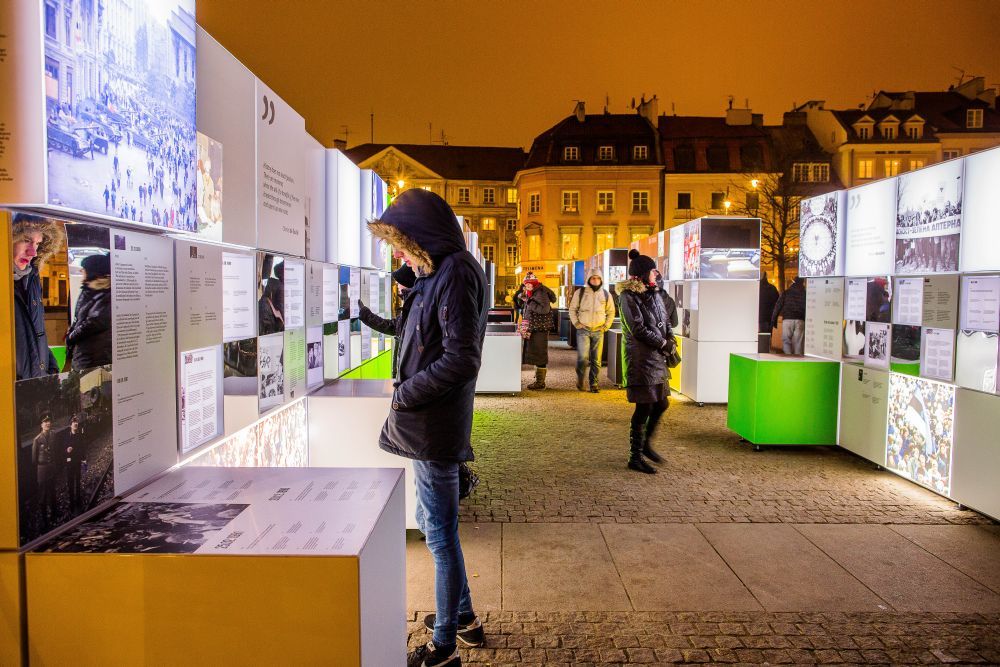 European tour of the exhibition

Freedom Express was a socio-educational campaign launched on the 25th anniversary of 1989 - the “year of changes”.